By Keith Griffith For Dailymail.com

An arrest has been made in the roadside shooting of South Carolina legal scion Alex Murdaugh, according to multiple reports citing police sources.

The identity of the suspect in the case was not immediately available. DailyMail.com has contacted the South Carolina Law Enforcement Division for further details.

Murdaugh, 53, who hails from one of South Carolina’s most prominent legal families, was shot in the head on September 4 while changing a car tire by the side of a road in Hampton County.

Murdaugh was alone at the time of the incident, but managed to dial 911 after being struck by the bullet. He was subsequently airlifted to hospital where he underwent treatment before being released. 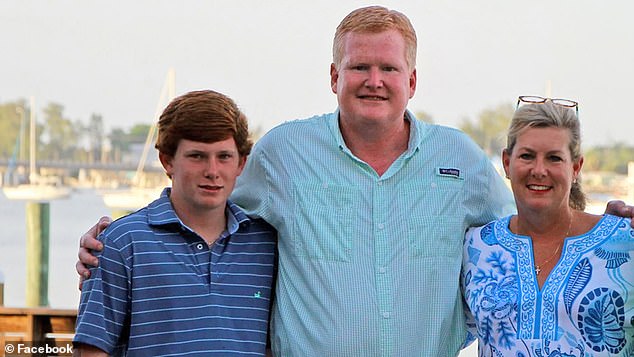 Murdaugh is seen with his wife and son, who were shot to death on June 7

On June 7, Murdaugh’s wife, Maggie, and twenty-two-year-old son, Paul were both shot to death at the family’s hunting lodge in a case that remains unsolved.

Murdaugh is also the subject of a criminal investigation over allegations that he misappropriated funds from the private law firm where he was a partner.

Following the roadside shooting, Murdaugh said he was seeking treatment for drug addiction.