Team GB race walker Tom Bosworth has blasted the Olympic accommodation in Sapporo in an astonishing attack on social media.

The 31-year-old slammed the International Olympic Committee on Twitter, urging them to provide better food and care for athletes – although he has since deleted both critical tweets.

Bosworth also compared the cafeteria unfavourably to a ‘sweaty school dining hall’ and urged the IOC to be more athlete-focused. 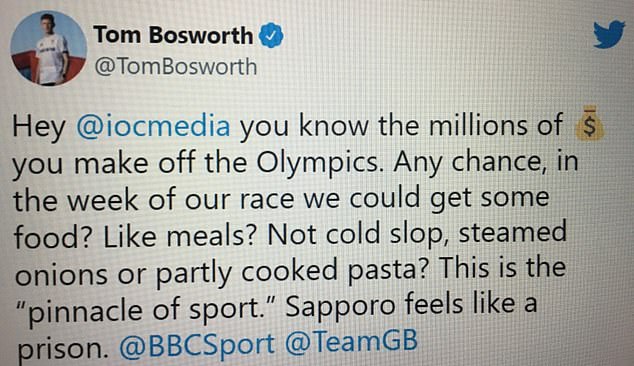 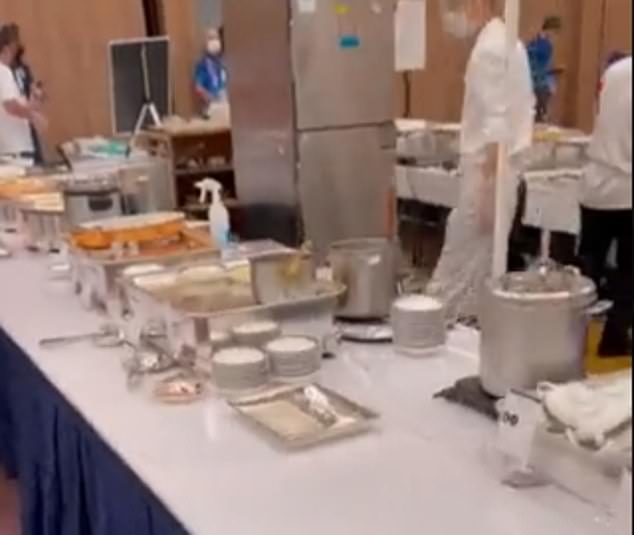 His post said: ‘Hey @iocmedia you know the millions of (dollars emoji) you make off the Olympics. Any chance, in the week of our race we could get some food? Like meals?

‘Not cold slop, steamed onions or partly cooked pasta? This is the “pinnacle of sport.” Sapporo feels like a prison. @BBCSport @TeamGB’

The video shows him walking through the food hall, filming the selection on offer. 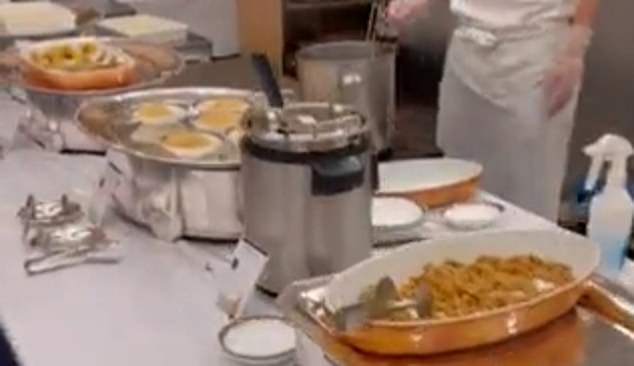 The 31-year-old asked for food other than ‘cold slop, steamed onions or partly cooked pasta’

Bosworth, who begins his Tokyo campaign this week, clearly feels the current selection of meals is not adequate for a professional sportsperson.

He later added: ‘Welcome to the sweaty school dining hall that a lifetime of hard work gets you.

‘Any chance you could be a little athlete focused? Any chance we could have some where to get some fresh air aside from the 900m training lap we have? A cup of coffee wouldn’t go amiss.’