Jasmine Camacho-Quinn has won the gold medal in the women’s 100metre hurdles at the Tokyo Olympics on Monday, only the second Puerto Rican to do so.

The Puerto Rican stormed home in 12.37 seconds, ahead of rival Keni Harrison in second and Megan Tapper in third.

There was clear daylight between her and Harrison as a technically brilliant and accomplished run saw her finally beat the American at the fourth time of asking when they have faced each other. 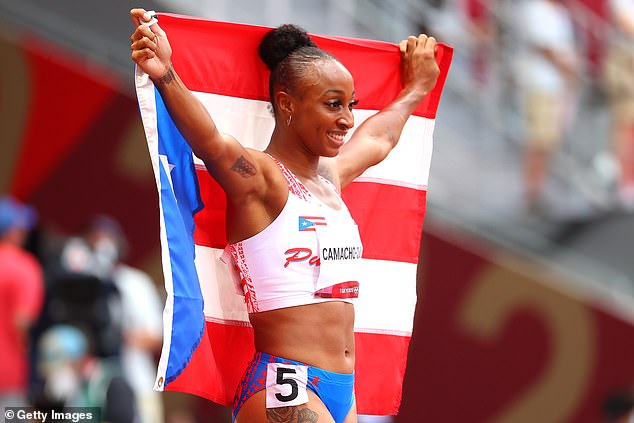 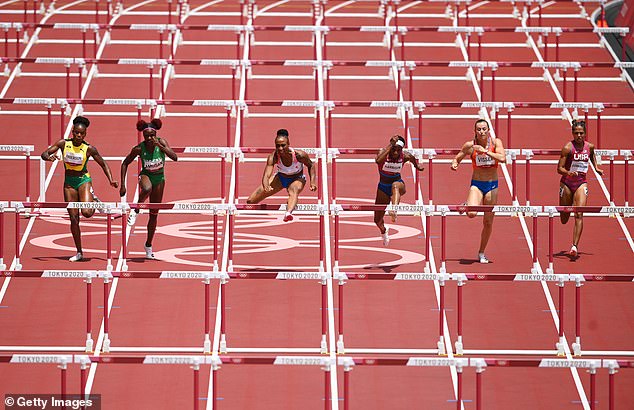 The 24-year-old stormed to gold on Monday with a blistering dash of 12.37 seconds in the final

Camacho-Quinn’s Olympic triumph makes her the first Puerto Rican to ever win gold in athletics for her country, on a landmark day for the US territory.

The 24-year-old showed that she was fully capable of usurping her American rival in Tokyo, having set an Olympic record on her to the finals with a time of 12.26sec in Sunday’s semi final.

It was a story of redemption for Camacho-Quinn, who suffered heartbreak in Rio five years ago when, aged just 19, she tripped and fell over a hurdle in the semi-final to crash out. 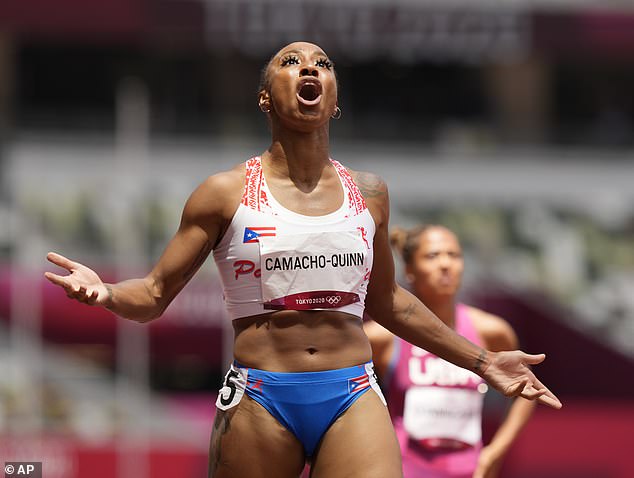 An emotional Camacho-Quinn told the BBC: ‘For me waking up this morning there was adrenaline, I was like “let’s get it”. I was working off 6 hours sleep, I didn’t care, I had a goal and came here and accomplished that.

‘It’s amazing. The first gold in track and field and the second gold ever. I don’t know how to explain it right now but it does mean a lot.

‘It really mans a lot to me. 2016 everybody knows what happened in the semi finals. I believed I would have medalled that year. I wasn’t going to let that determine my future. I have won a gold medal and it means so much.’