Howard Rubin, a former money manager for George Soros, is being accused by six women of beating them during sadomasochistic sex sessions at a specially constructed ‘sex dungeon’ in his Manhattan apartment.

The first accusations were made in November 2017, but a total of six women are now suing Rubin in a civil trial, scheduled for November, for $18 million.

Lurid details set out by the New York Post say that one woman was so badly beaten. her plastic surgeon was not willing to operate on her after her right breast implant flipped.

Another woman said she and Rubin had sex against her will claiming that while bound in his chamber he told her: ‘I’m going to rape you like I rape my daughter’ before forcing her to have intercourse. 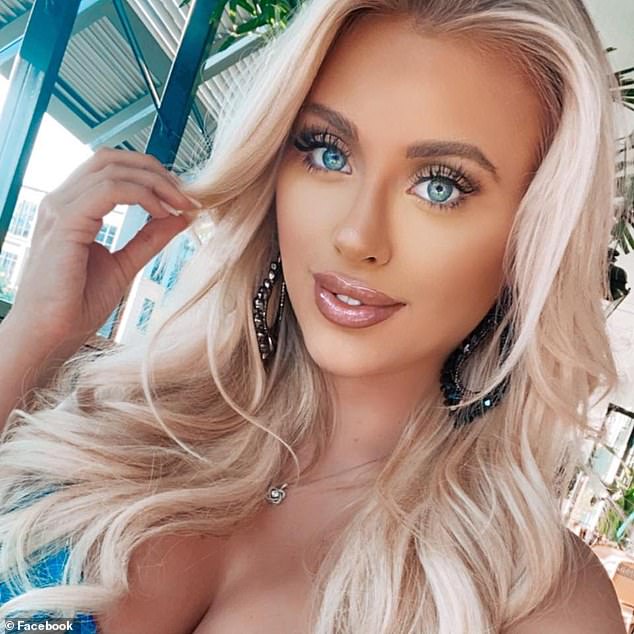 Emma Hopper, a model from Atlanta and student is one of the women who is alleged to have received payment for participating in the S&M sessions 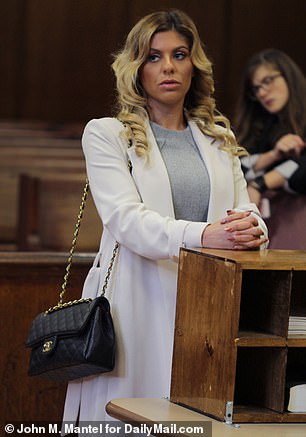 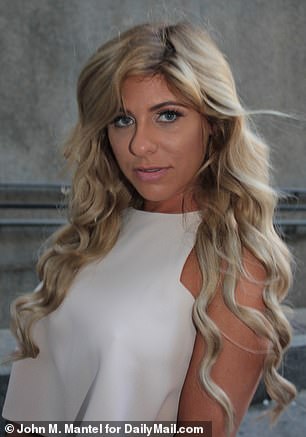 Playboy playmate Mia Raquel Lytell is one of the women accusing Rubin of beating her on the back of the head, ‘in and out of consciousness, not knowing if Rubin penetrated her with an object or if it was Rubin himself.’ 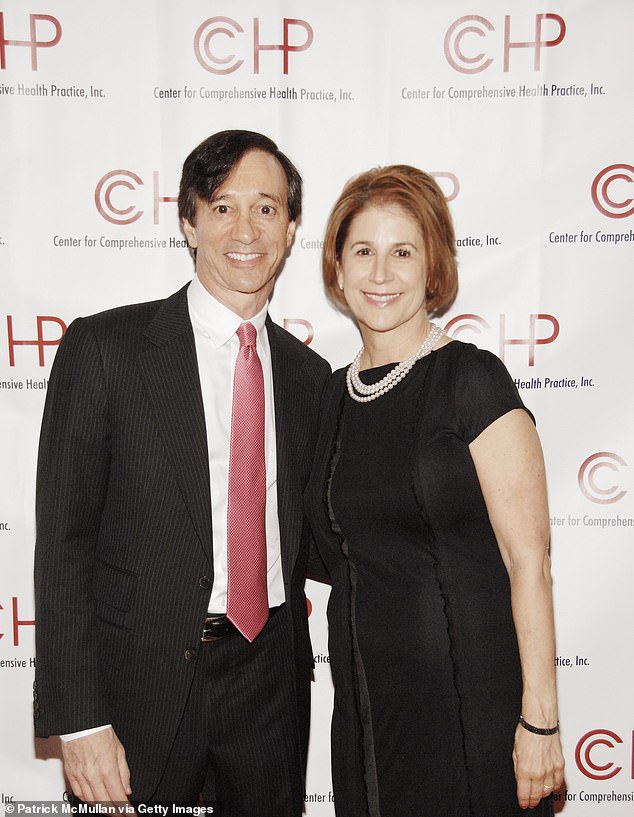 Last month, Rubin’s longstanding wife of 36 years, Mary Henry, right, with whom he shares three children, and is herself another Wall Street banker, filed for divorce

Last month, Rubin’s longstanding wife of 36 years, Mary Henry, with whom he shares three children, and is herself another Wall Street banker, filed for divorce.

The financier, who has homes in the Hamptons and on New York’s Upper East Side, was known in Wall Street circles as something of a high roller as he earned millions for the billionaire investor until this scandal threatened to overshadow his reputation.

The original allegations were brought by Mia Lytell, Amy Moore and Stephanie Caldwell in 2017.

Lytell and Moore are former Playboy Playmates, while Caldwell is a model who worked at a Miami strip club.

All accuse Rubin of assault, battery and human trafficking.

‘In short, they are each alleging that they were brought to New York and taken advantage of. The allegations come down to the women saying they were physically and sexually abused,’ said John Balestriere, a lawyer acting on behalf of the women. 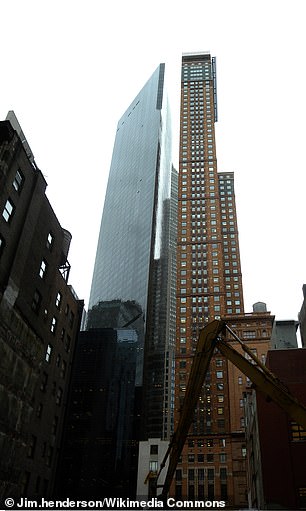 ‘Nobody is saying a gun was put to their heads to come to New York. Our clients are alleging that they were misled and lied to and were victims of physical and sexual violence.

‘None of these women came to New York knowing that they would be physically and sexually abused. They did not consent to what did end up happening. The key factor is that Mr. Rubin said these individuals consented to the physical and sexual violence perpetrated against them. Our six clients say they did not consent … ‘

An initial lawsuit said while Lytell and Moore believed that Rubin intended to play ‘some mild fetish games and perhaps take photos, neither expected to be bound with rope and tape and gagged or to be actually beaten’.

Lytell claims ‘she was restrained’ and ‘in and out of consciousness’ unaware if Rubin penetrated her or used an object to do so.

A motion for summary judgment, filed by Rubin’s lawyer, Edward McDonald, the women signed non-disclosure agreements with a penalty of at least $500,000 if broken.

McDonald says the women even acknowledged that they could be injured during sex games.

The women say that they had little time to read the agreements and ‘did not have lawyers present’ when signing.

Furthermore, they claim that when they ‘screamed or protested [during a session], Rubin would simply become more violent. 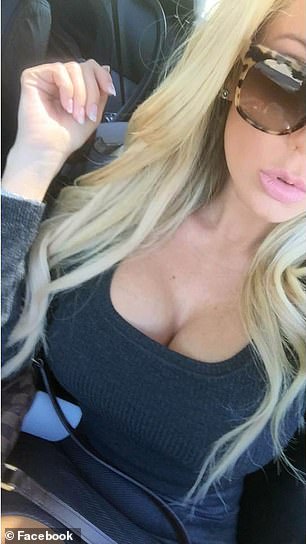 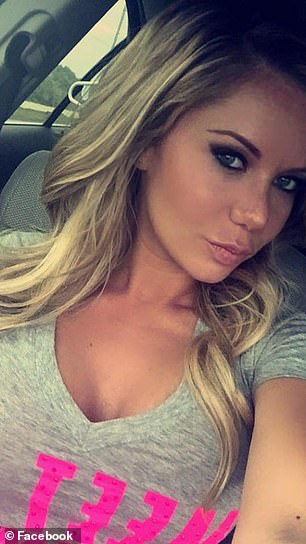 The lawsuit states that Amy Nicole Moore believed Rubin intended to play ‘some mild fetish games and perhaps take photos, but did not expect to be restrained in this manner [bound with rope and tape and gagged] or to be actually beaten.’

McDonald said that his client denies the women’s claims adding: ‘Mr Rubin has not been charged with any crimes. It is entirely a civil matter.’

He notes that on one occasion Rubin texted Lytell to make sure she was aware of what she was getting into.

‘Do u [know] what you are in for?’ a text contained in court papers reads.

Rubin also denies any allegations of drugging. ‘He was not supplying drugs to the girls — except possibly painkillers during the encounters [which were painful].’ 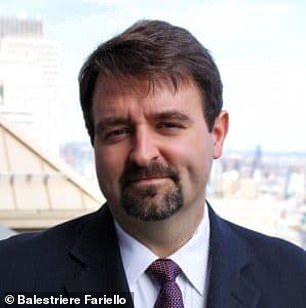 The Manhattan apartment on Madison Avenue that Rubin rented for trists is said to be full of bondage and sadomasochistic equipment, In the center of the main room was said to be an X-cross where people could lie spreadeagled while being tied up at the wrists and ankles.

One former colleague who worked with Rubin at Soros Fund Management told the Post ‘I thought he was a nice guy. He was a nebbishy Jewish guy and totally normal. I was surprised to hear about him having that apartment [with a sex dungeon].’

Another described Rubin as ‘high-strung, aggressive and does not hold back his feelings. He was a trader whose ego was tied up in being the biggest swinging d**k on Wall Street.’

Rubin began his career in mortgaged-backed securities at Salomon Brothers in 1982.

He joined the Mortgage Department at Bear Stearns, becoming a Senior Managing Director and head of the CMO Trading Desk before retiring in 1999 as one of the most-respected men on Wall Street. 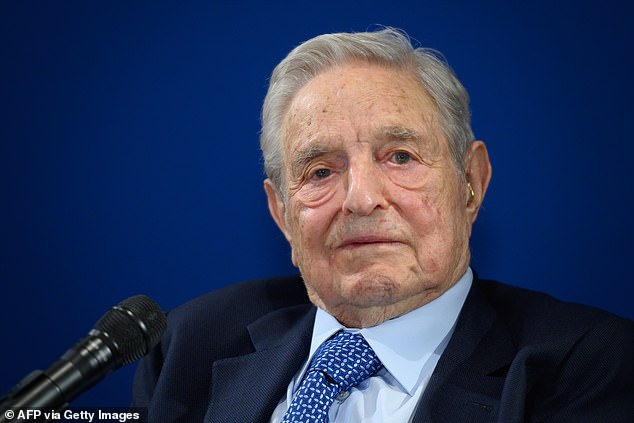 In 2008, Rubin came out of retirement to manage a Mortgage-Backed Securities Fund for billionaire financier George Soros (pictured). He left in 2015, before the alleged sex attacks

In 1987, Rubin caused historic losses at Merrill Lynch through a series of unauthorized trades which cost the company $250million. The figure was later reported by The New York Times to be as high as $377million.

At the time, Wall Street insiders told how he bought billions of dollars worth of mortgage bonds without receiving approval from his seniors.

When the market plummeted, he was unable to sell them off and incurred astronomical losses for the company.

He was fired and the matter was turned over to Wall Street watchdogs but Rubin was never criminally prosecuted.

Despite the loss, he was appointed Senior Managing Director at Bear Stearns, where he ran the Collateralized Mortgage Obligations desk from 1987 to 1999.

In 2008 he came out of retirement to manage a Mortgage-Backed Securities Fund for financier George Soros, run by Soros Fund Management, LLC. He quit the firm in 2015.

Until last month, Rubin had been married to philanthropist and fellow Harvard Business School graduate Mary Henry since 1985.

The couple raised their three children, two daughters and then a son, in New York on the Upper East Side.