By David Coverdale For The Daily Mail

If his career had panned out how he hoped, Matthew Coward-Holley may have been playing for the Lions in South Africa. Instead, the 26-year-old is representing another British team on overseas soil, just grateful he is able to participate in sport at all.

Coward-Holley competes for Team GB in the men’s trap on Thursday morning and the world champion admits ‘gold is definitely the aim’. But the shooter has only found his way here after his dream of becoming a professional rugby player ended when he twice broke his back as a schoolboy.

‘The first time it happened was at school rugby training when I was 13,’ recalls Coward-Holley. ‘I hit the ground a bit funny and ended up with two cracked vertebra and a slipped disc. I couldn’t do any sport for 18 months. 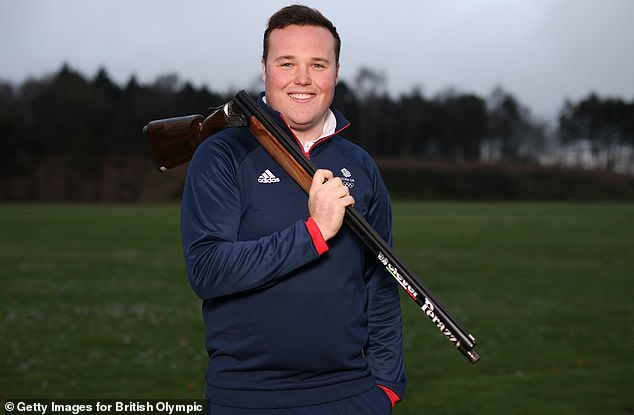 ‘I eventually got back to fitness a couple of years later and then I had another injury –– the same again but worse. I was in a match for my club Chelmsford and someone ran into the back of my shoulder and bent me in two.

‘I woke up next morning and I couldn’t get out of bed. I went to A&E and was sent straight for scans. I had cracked three vertebra, slipped two discs and disintegrated one completely.

‘I spent a couple of weeks in hospital, bed bound. I was worried I wouldn’t be able to walk. It was probably a couple of months after that until I regained normalness.

‘I was kind of told, ‘No more rugby, you are pushing your luck a bit now’. I was advised that if this happens again, it could be very severe and I could be wheelchair bound for the rest of my life. 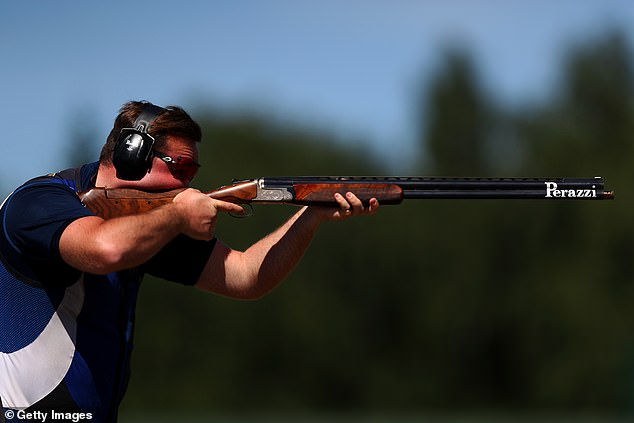 ‘I had a year off contemplating what to do because I’d only ever seen a career in rugby. My dream was to play for England.’

Coward-Holley turned to shooting, an activity he first tried out aged eight with his father. It proved a fruitful venture. Within a year, he had made the England team. Within four, he was a world champion in the double trap team.

Coward-Holley was selected as a reserve for Rio 2016 in the double trap but when that discipline was taken out of the Tokyo Games he moved to the single. 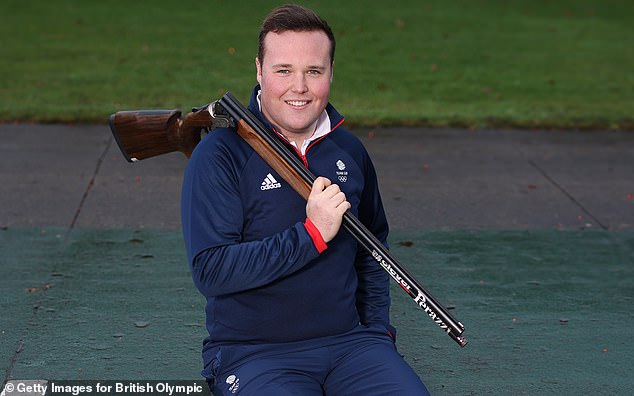 That transition did not faze Coward-Holley, who won the gold medal in that event at the 2019 World Championships –– becoming the first Briton to win a world title in an individual Olympic shotgun discipline.

‘An Olympic gold medal would mean everything,’ says Coward-Holley, who was crowned European champion last month. ‘I have sacrificed a lot in my attempt to win.’

These Games will also be poignant for Coward-Holley following the passing of Britain’s long-serving shotgun team head coach, Kevin Gill, after a heart attack last year.

‘It came as a huge shock to everyone I know because Kevin was a very fit and healthy man,’ adds Coward-Holley. ‘He was the head coach when I first came into the system and we had travelled all over the world together.

No one does more to support our Olympic and Paralympic athletes than National Lottery players, who raise around £36 million each week for good causes. Discover the positive impact playing the National Lottery has on sport at www.lotterygoodcauses.org.uk and get involved by using the hashtags: #TNLAthletes #MakeAmazingHappen