An 20-year-old man who was charged in the swatting death of 60-year-old Mark Herring in a dispute over the victim’s valuable Twitter handle was sentenced to five years in prison Wednesday.

Shane Sonderman pleaded guilty of conspiring to send police to Herring’s home with a false report of an alleged murder in April, 2020, when Sonderman was 18, leading to Herring’s death of a heart attack. Both men were Tennessee residents.

The ‘swatting’ prank, in which people call police on a innocent person with bogus reports of a crime, was an escalation of a dispute Sonderman had over Herring’s Twitter handle @Tennessee, which Herring claimed he secured when he joined the social media network shortly after its inception. 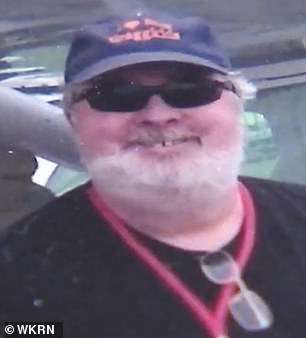 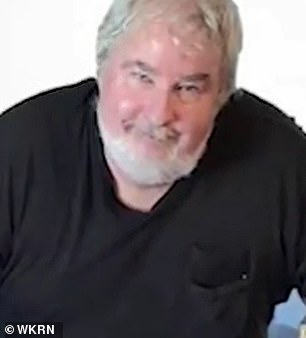 Mark Herring, 60, was the victim of ‘swatting,’ the act of prank calling the police on an innocent person with false claims that they have committed a serious crime, and died of a heart attack as a result. Shane Sonderman was sentenced to five years in prison Wednesday for his role in the prank 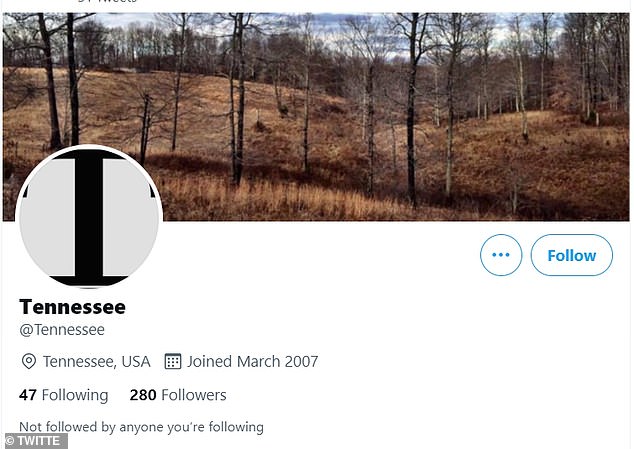 Herring was targeted by Shane Sonderman over his Twitter handle @Tennessee, which Herring claimed when he joined the social media site

Federal Judge Mark Norris said despite Herring’s death as a result of the extortion scheme, five years was the maximum Sonderman could receive under sentencing guidelines, according to Krebs On Security.

‘Although it may seem inadequate, the law is the law,’ Norris said. ‘The harm it caused, the death and destruction….it’s almost unspeakable. This is not like cases we frequently have that involve guns and carjacking and drugs. This is a whole different level of insidious criminal behavior here.’

Sonderman and another associate in the UK, who were both minors at the time, concocted an elaborate prank to extort Herring in a bid to obtain the @Tennessee handle.

His daughter Corrina Fitch told myhighplains.com that Herring originally picked the handle @Tennessee because he loves the Volunteers, the University of Tennessee football team.

His daughter Corrina Fitch (pictured) said that Herring originally picked the handle @Tennessee due to his love of the Vols, the University of Tennessee football team

Herring was well aware he had a special internet property and would often brag about the many offers he would get for it to his kids.

‘He would just in passing say, I got another offer on my Twitter handle today,’ Fitch said.

But Herring was not willing to sell the handle, leading to the dispute with Sonderman that started in March, 2020 and led to Herring’s death a month later.

Prosecutors had explained in court that Sonderman would work with co-conspirators online to publish the personal information of their victims, and call and text them and their family members as well as sending pizza deliveries to their homes.

That was what happened in April, 2020, where Herring’s daughter received a pizza delivery intended for her father at her home. Her sister Katie Hooge and their mother, Fran Herring, who live across town from her, each received a pizza – also meant for Mark Herring – at their homes. 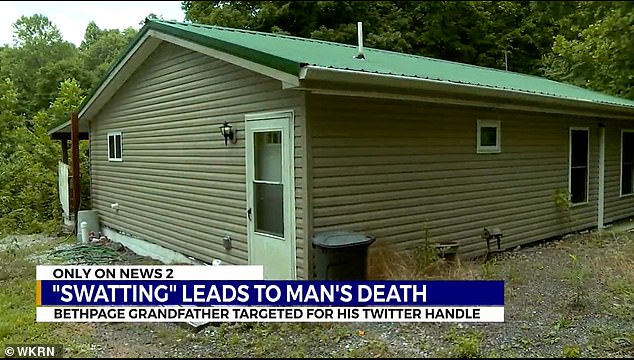 Police surrounded Mark Herring’s Tennessee home (pictured) after a prank call of a murder, and he died shortly after of a heart attack

Fitch called her father and did not get a response. She even sent him a Facebook message trying to figure out what was going on. Then her sister messaged her.

Fitch thought it was a prank, but Mark’s son-in-law Greg Hooge had a gut feeling something was wrong and reached out to the 60-year-old’s live-in girlfriend, Ann Billings, who confirmed things were not alright.

Earlier that day, an anonymous caller had reached out to Mark Herring and demanded he hand over his Twitter handle worth thousands of dollars. When he refused, his home was swatted. 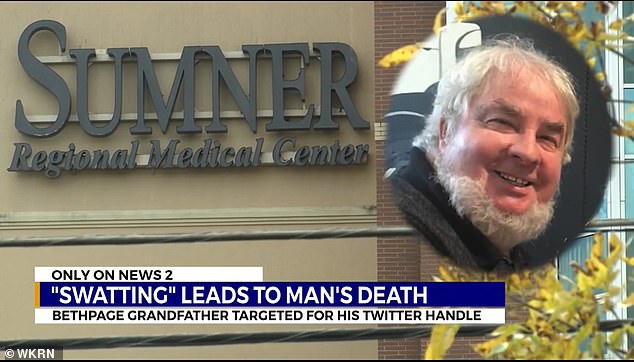 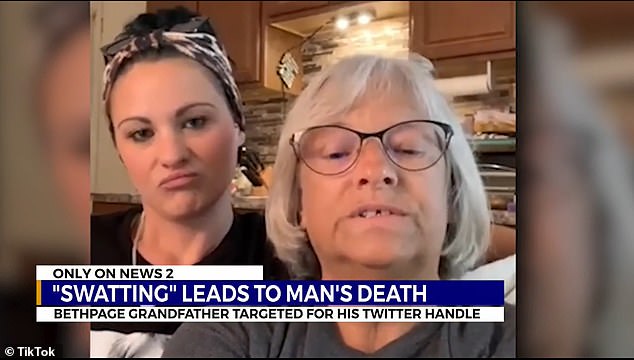 Fitch’s sister Katie Hooge and their mother, Fran Herring, (pictured) who live across town from her said they had also been ensared in the prank, when Sonderman had pizzas delivered to their home

‘His neighbor called and said there’s police everywhere and they think a man has killed a woman and he’s on your property. You need to take cover,’ Hooge told myhighplains.com.

Billings said in court that Herring had walked out onto the back porch of the home they shared to see what the trouble was about when police asked him to put his hands in the air and walk to meet them on the street, Krebs On Security reported.

Herring, however, was unable to unlock the gate on his back fence and police told him to climb over it.

Instead, Herring crawled under the fence, but when he stood up, he collapsed from a heart attack and died in a hospital shortly thereafter.

‘I believe he was scared to death, and that is what caused his heart attack,’ his daughter said.

The family, who went to local hospital Sumner Medical Center to identify his body, was told by medical staff about the prank phone call.

The family would later learn about Sonderman, who collected the entire family’s personal information – then sent the pizzas to prove it – as an intimidation tactic to get the handle.

‘He was from Tennessee,’ Fitch said. ‘He’s the one that collected all of our information…my address, my sister, my mom’s, my other sister’s. He put it on a channel on Discord, which is a gaming chat forum.’

A minor, who lives in the United Kingdom, was also in on the scheme and made the actual call to police.

The British accomplice was not extradited from the United Kingdom because he’s a minor.

A federal grand jury indictment claimed Sonderman had six victims across the country, but Herring was the only one who died.