Olympic years tend to coincide with spikes when it comes to gymnastics participation in this country, but on the eve of the Tokyo Games, fears are growing that this one will be remembered for a reversal of the trend.

Courtesy of the exploits of Beth Tweddle, Louis Smith and Max Whitlock at London 2012, British Gymnastics reported an increase of 100,000 in recreational gymnastics members over the next four years, and a 13 per cent rise around Rio took the overall number to 1.1million active gymnasts.

For a generation inspired then, read a generation lost now. Such have been the wide-ranging effects of the Covid pandemic on grassroots competitors. 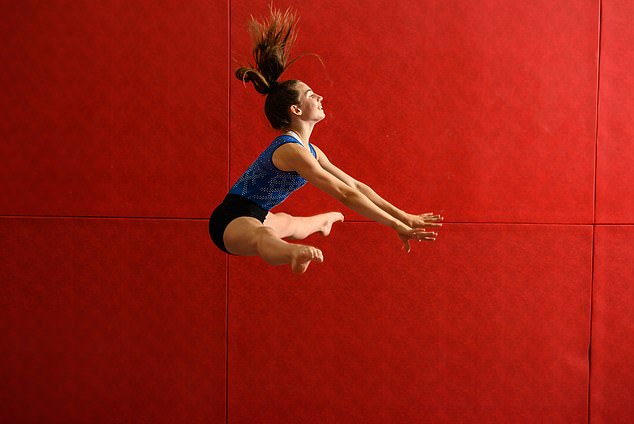 With club coaches nationwide telling tales of children being lost from all age groups and abilities, it feels like a fresh set of Olympian role models in Joe Fraser, the Gadirova twins, Jennifer and Jessica, Alice Kinsella and Giarnni Regini-Moran cannot arrive in living rooms soon enough.

Chloe Carey, head of women’s artistic at Harrogate Gymnastics, has experienced both ends of the spectrum. ‘We only opened in 2009 and in 2012 we got a huge surge in numbers. We had between 600 and 700 kids, and that shot up to 1,200 during that summer. Numbers go up with every Olympics, but we have also seen increases when the sport hits the mainstream media.’

Courtesy of a wretched 15 months comprising three lockdowns and restrictions on access to their facilities, Harrogate have reverted to pre-2012 levels.

‘From the recreational side, we’ve lost hundreds, especially the younger ones who don’t remember what it was like when they used to come and so they’re out of the habit,’ Carey says. 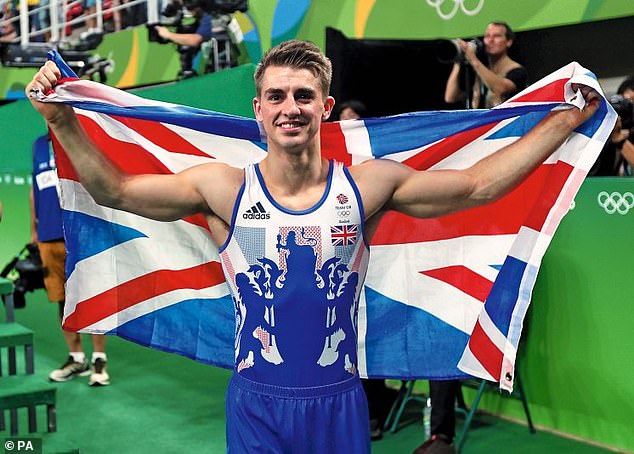 ‘Covid has removed all the fun from what we do. If we are running classes online, to be safe for the gymnasts physically you must have a period within the session that concentrates on conditioning. The body needs the core strength to perform skills, but the little ones come because they love throwing themselves around, having fun, doing some cartwheels, not to do that.

‘And it was a similar story even for some of the older ones. Let’s face it, gymnastics for them is the bars, the vault, the beam. Take all that out, and just do the strength and flexibility stuff, and it’s just not the same.

‘For the first month, training at home in their bedrooms or front gardens had its novelty value, and they were entertained by that. But by the third lockdown, they’d had enough and that’s when we lost most of our more senior gymnasts from women’s artistic to other disciplines.’

One of gymnastics’ key principles is continuity. Put simply, there has been too much change. Too much disruption.

Nicky Nicol, who runs the Twist & Flip Academy in Grimsby, says switching to Zoom classes was a similar turn-off for her gymnasts. But the reasons for 300 saying goodbye to the club were manifold and in some cases distressing. ‘After we came back from lockdown one, some children had separation anxiety, some had lost confidence and it was heart-breaking to see,’ she says.

‘As a club, we managed to source some funding for mental wellbeing. That was amazing. We had 15 gymnasts to start with and around 30 the second time, from the age of three upwards. 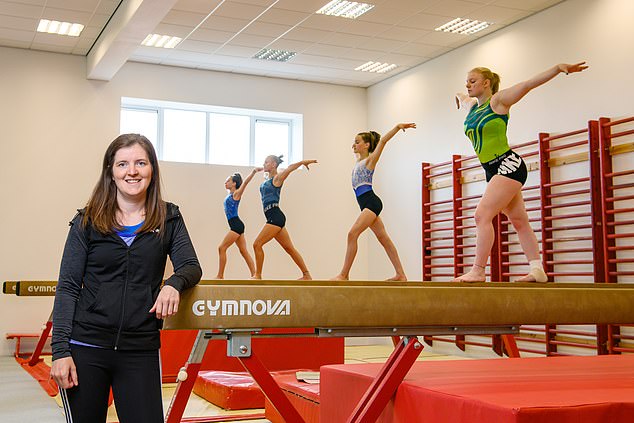 ‘For the younger gymnasts, spending so much time at home and then having to come to a session was a huge challenge. There were tears and tantrums when they had to leave their mums and dads at the door, and it was really hard to get around that.’

The two clubs are part of a wider network who share ideas about coaching. They have been creative in trying to work within the Government’s ever-changing guidelines since March last year: Harrogate made national news in 2020 when they developed their own outdoor gym a few hundred yards from their building; both tried to keep the social aspect going with online quizzes, baking challenges and social catch-ups.

For more capable gymnasts, competition season will soon be on the horizon. However, expectations for all have been diluted by having so much time off. Even the very best nationally are swimming against the tide to be at the level they were two years ago, so easily are skills lost when not drilled weekly. Growth spurts increase the level of the challenge. Everything can feel alien after a period of inactivity and certain movements therefore need to be re-trained. The clock is not their friend.

British Gymnastics have relaxed some of their competition criteria — removing age restrictions and providing each one with multiple difficulty levels — to provide those who want to compete regionally or nationally with the chance to find a suitable level.

‘It is going to take a lot of time for us to build these gymnasts back up,’ says Nicol, revealing that her club will not be putting gymnasts forward this time. ‘I don’t feel I can chuck them into a competition and find they’re not quite ready. That would be soul destroying for some of them.’

‘It certainly looks like there’s a lot more out there for kids who might be stuck because with what has happened during Covid, it might have been that they got stuck at the same level forever.’ 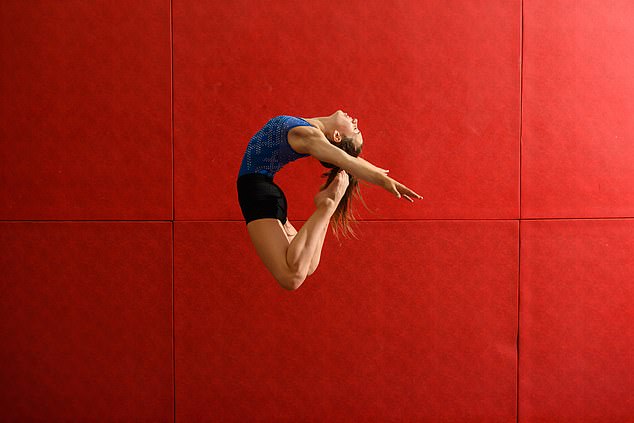 Things are starting to move again with the lifting of restrictions. Harrogate have taken on a local memorial hall as a second venue to increase their capacity.

But getting everyone back might not be possible until September due to a 15-month hiatus in BG’s coaching. Online courses for entry level (one) only resumed online earlier this month.

Dates for higher qualifications are yet to be released, and sessions must be run by those at level two or above.

No longer having to turn people away will no doubt feel like a new start for two coaches whose passion for the sport remains undiminished. ‘For me, seeing a child unable to do a forward roll, and then do one, just makes me want to cry,’ Nicol says.

‘Our motto throughout the whole of lockdown was “ride the waves”. We rode all the waves they could possibly throw at us, and we are almost there now.’