Stephen ‘Wonderboy’ Thompson ‘projectile vomited’ in front of his fellow fighters in an embarrassing incident prior to UFC 264.

The 38-year-old, who suffered a unanimous decision defeat by Gilbert Burns earlier this month, spoke about what happened after the weigh-ins on his YouTube channel.

He said: ‘We have food and I’ve got like five shakes that I have to drink, along with some water. 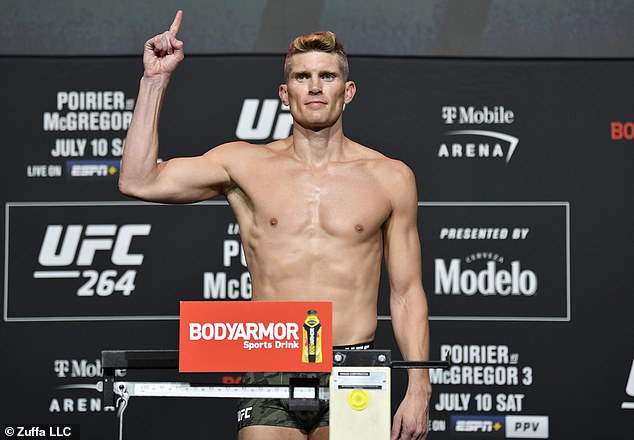 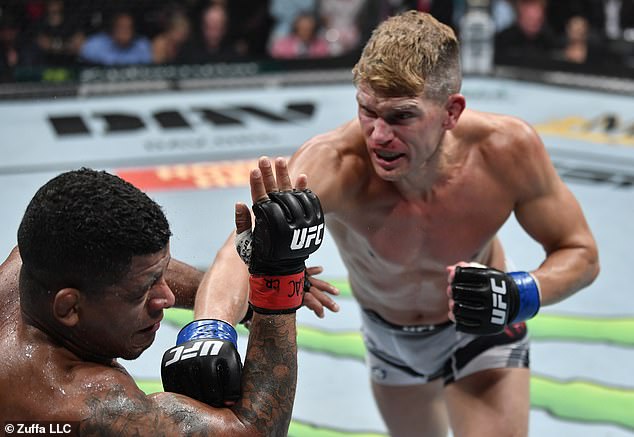 ‘Now I’m depleted of pretty much everything at this point, and these shakes have a ton of sodium, sugars, vitamins, minerals, potassium — it’s got everything you can think of in a shake, so it’s rough on the body if you chug it, right?

‘I’m sitting there with my dad with a bunch of fighters around me and people are coming over to try and talk to me, and I already drank my first drink along with like two water bottles. And then I started getting — something started to happen to me.

‘Dad runs over there and pushes some UFC fighters away to try and get this thing to me — and he doesn’t get it to me,’ Thompson said. 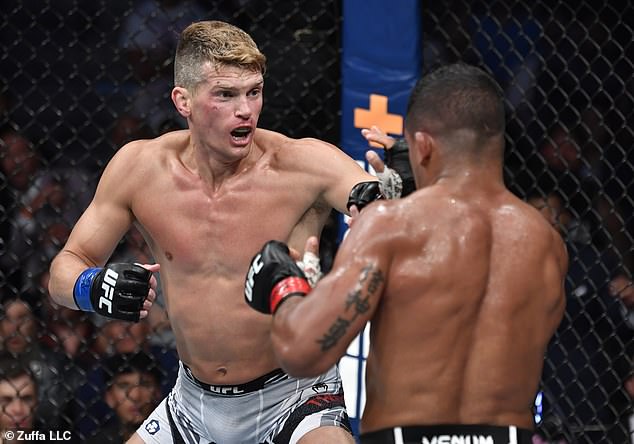 Thompson is one of the most popular fighters in the organisation and known for his politeness in stark contrast to the world of trash talking he can often be surrounded by.

He is true to form in the self-deprecating anecdote and recovered from the vomiting incident for his co-main event. 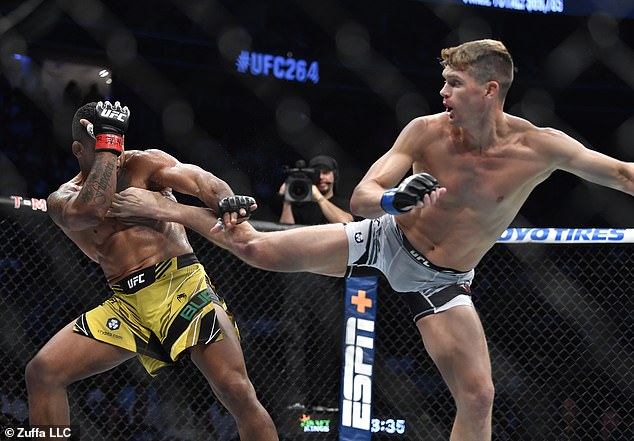