Former international Rugby League forward Luke Ambler gave up a successful career on the field to save lives off it – and he is now supporting 1,000 men a week who are suffering from depression.

The ex-prop, who played in the Super League for Salford City Reds and Leeds Rhinos and in the Championship for Halifax, discovered a gift for supporting others during his nine-year professional career, which went well beyond his team mates.

No-nonsense on the pitch, Ambler, who was also capped 20 times by Ireland, has found that his straight-forward approach to life appeals to many men, who feel they have nowhere to turn. 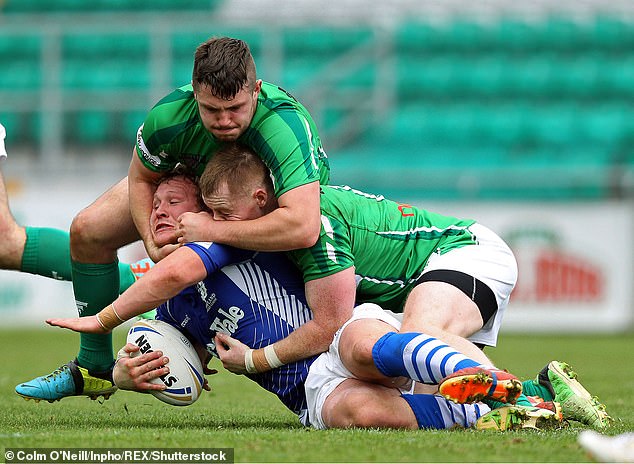 ‘There is no bull**** with me. It’s straight to the point. We are there to get men talking. There are no gimmicks and people buy into it,’ said the Yorkshireman, who founded an organisation called, Andy’s Man Club, which brings men together in groups across the country to talk.

‘There is a lot of pressure on guys, feeling like they are alone. The mind can do crazy stuff to us.

‘They need hope and to realise there are other guys that are there,’ added the former forward who has also found time to support his friend, ex-team mate and the former Super League star, Rob Burrow, who is raising money to battle Motor Neurone Disease, following a diagnosis in 2019.

Ambler started his first men’s group in Halifax in the summer of 2016, after he and his own family were struck by tragedy. Ambler’s brother-in-law, Andy Roberts, took his own life aged 23, leaving behind a daughter aged two. Andy’s Man Club is named after him. 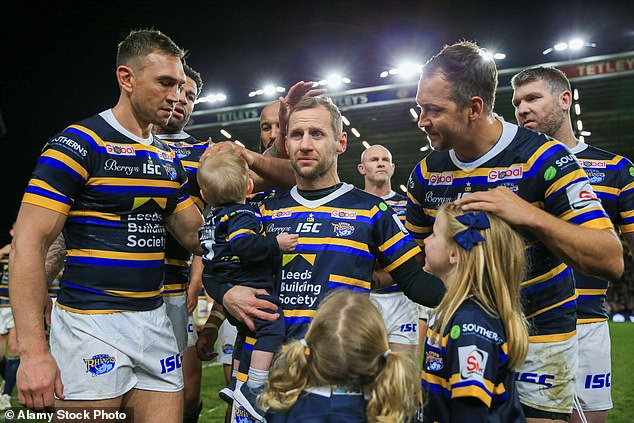 On average one man every two hours takes his own life in the UK.

From one ad hoc group in Halifax, the organisation now runs 56 similar clubs across the country from Dunbar in Scotland to Plymouth in Devon.

‘I had a burning desire that Andy didn’t die in vain,’ Ambler told Sportsmail.

‘There was something going on where he didn’t want to talk about it. He was at our house laughing and joking and right up until the moment of doing it, I think if someone had had a conversation with him, I think he would still be here today.

‘Doing what we do now, dealing with so many guys we know that one conversation can be a life saver.’

Ambler went into action and less than three months later he was standing in front of a group of nine men at his first group meeting. Being a local lad and well-known Rugby League player – he made 141 appearances for Halifax – helped destigmatise the session. 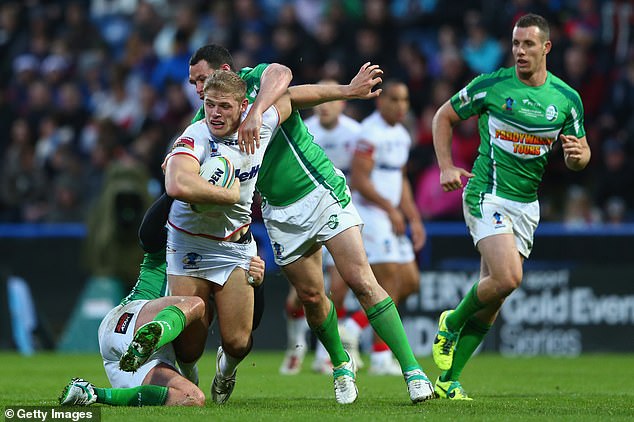 ‘It was nerve-wracking,’ admitted the former second row, who played in some huge matches, including his debut for Leeds against Wigan and internationals against Australia and England.

‘I was worried people might not come and it would be a flop. And when you are talking about life and death and people who really do not want to be here anymore, you are opening those doors and you don’t know how it is going to go. It was nerve-wracking.

‘But it was beyond rewarding. Bigger than any game I had ever played in. Seeing someone still here, still dropping the daughter off at school, still being a dad, an uncle, a brother, a son outweighs any achievement I ever had in rugby.’ 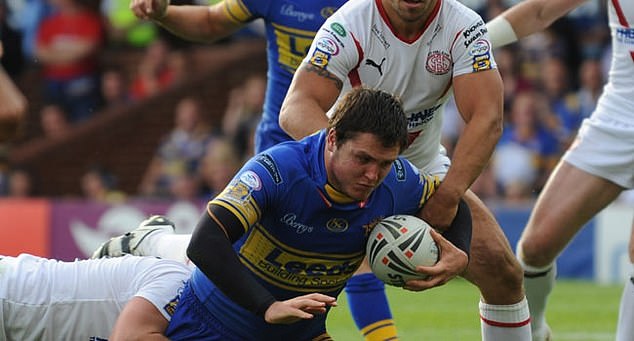 Within a year, four groups were set up and Ambler gave up rugby, despite being selected to represent Ireland in the 2017 World Cup in Australia, to focus on his growing movement.

During lockdown the need for men’s groups has grown dramatically. The number of groups doubled, as men came forward and looked for support as isolation took its toll. By the end of next year, Ambler expects the number to have doubled again to more than 100 groups with 2,000 participants.

Andy’s Man Club now employs seven staff and has 250 facilitators and they all joined after participating in sessions.

Each group sets its own agenda, with some just talking and others pursuing activities together, like mountain-biking or running. 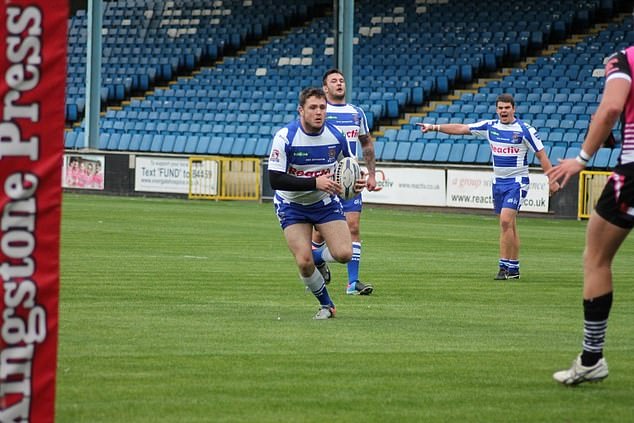 A long the way Ambler launched an online campaign, ‘It’s OK to Talk’, which has attracted millions views worldwide and he has had recognition from the Queen and then Prime Minister, Theresa May

But what he wants more than anything is for more men to come forward and take the opportunity to talk.

‘It’s about people knowing it is a safe space to talk, knowing they will not be a burden on anyone because everyone in the group gets it,’ said Ambler.

‘At Andy’s Man Club, you don’t have to be suicidal or have a mental health problem, we just want to get men talking.’