By Tom Witherow And Hugo Duncan For The Daily Mail

Shopping and eating at home have taken a back seat as Britons flock to newly reopened pubs and restaurants.

Tesco, the nation’s largest supermarket chain with 3,400 stores, said its sales in the UK rose by just 0.5 per cent in the three months to May 29 as lockdown restrictions eased.

That was a sharp slowdown from the 8.8 per cent growth in the previous quarter. Separately, the Office for National Statistics (ONS) reported that retail sales fell 1.4 per cent between April and May with food stores taking the biggest hit – down 5.7 per cent. 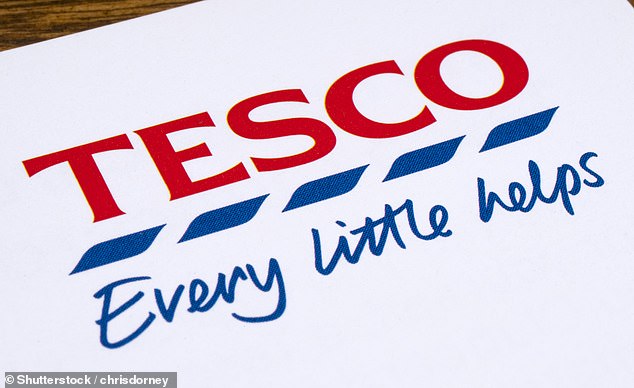 Slowdown: Tesco said its sales in the UK rose by just 0.5 per cent in the three months to May 29 as lockdown restrictions eased

But rather than signalling a slump in spending, experts said the reopening of pubs, cafes, bars and restaurants from April 12 ushered in a shift in behaviour.

This was particularly the case in May when the hospitality sector started to serve food and drink indoors.

Paul Dales, chief UK economist at Capital Economics, said: ‘Some of us spent less time in Primark and more time in the pub.’

Tesco did not disclose figures for its own food sales but analyst Clive Black at Shore Capital said: ‘Food will be down around 4 per cent to 5 per cent. Dry goods and tinned food will be down 10 per cent-plus, while food-to-go such as sandwiches and salads will be in recovery.’

Tesco chief executive Ken Murphy said families are moving away from the big weekly shop and placing 200,000 fewer orders per week now than at the height of lockdown, in a sign that life is starting to return to normal.

The return of socialising helped Tesco post ‘particularly strong’ sales from general merchandise and clothing, which grew 10.3 per cent and 52.1 per cent year-on-year respectively. It continues to benefit from strong sales of alcohol, and demand for barbecue food and fresh fruit rose sharply at the start of the heatwave and the Euro 2020 tournament. 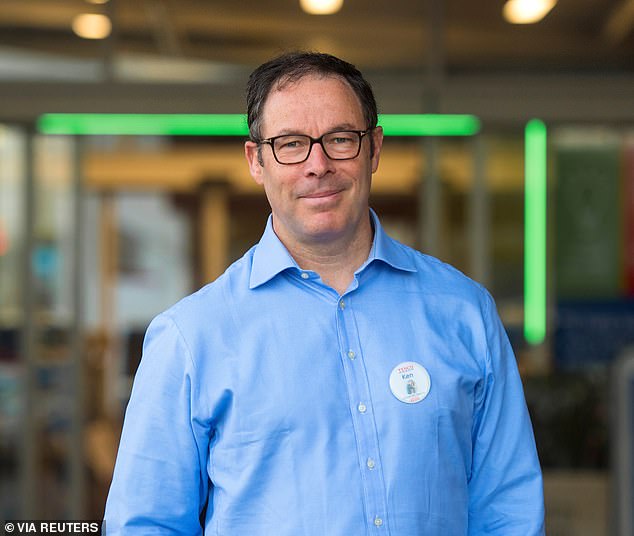 Tesco’s Booker wholesale business bounced back with a 68 per cent rise in sales year-on-year, thanks to increased demand from pubs and canteens. Group sales, including central Europe, rose 1 per cent to £13.3billion in the 13 weeks to May 29, compared to last year. Shares fell 4.1 per cent, or 9.4p, to 221.75p.

Murphy, 54, said: ‘Customers were getting out and about more frequently. It’s definitely going to be challenging keeping sales in positive territory.’

Retail sales fell sharply at the start of the pandemic as the country went into lockdown and households reined in spending.

But they bounced back strongly. Across April and May, average sales were 7.7 per cent up on March.

Tesco will launch a checkout-free store following a successful trial for staff at its head office.

He said: ‘We have a system in our Express store in Welwyn Garden City, and we’ll extend that to another store in the coming weeks and month. It’s been opened about a year now, and it’s working really well… One of the joys of machine learning is it is continuously improving, so we’re confident we can put it into another store with a higher traffic.’

In a boost to British farmers, Tesco said it will stick with suppliers here rather than take advantage of a free trade agreement with Australia to buy in cheaper imports.