A fitness ‘influencer’ has been slammed by health experts after telling his social media followers to stop using sunscreen.

Dave Driskell, who owns a chain of CrossFit gyms in Byron Bay and Bali, shared a photo of himself on Instagram recently in which he could be seen lying naked in the sun.

Driskell told his 90,000 plus followers that ‘sunshine isn’t gunna kill you’ and not to listen to ‘woke anti-sunners’ telling him and other people to slip, slop and slap.

It didn’t take long for Driskell to be attacked on social media following his controversial post. 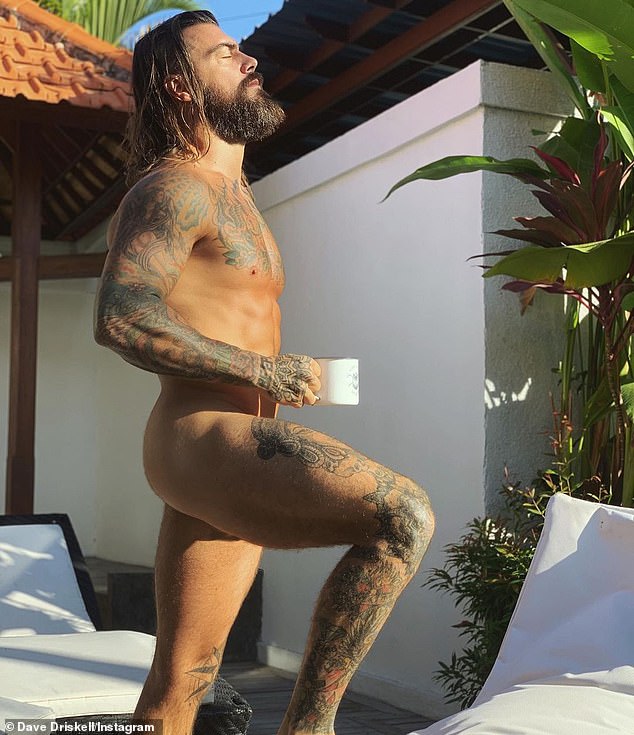 Global Cross Fit gym owner Dave Driskell (pictured) told his 90,000 plus followers on social media that ‘sunshine isn’t going to kill you’ and not to listen to ‘woke anti-sunners’ who tell people to slip, slop and slap 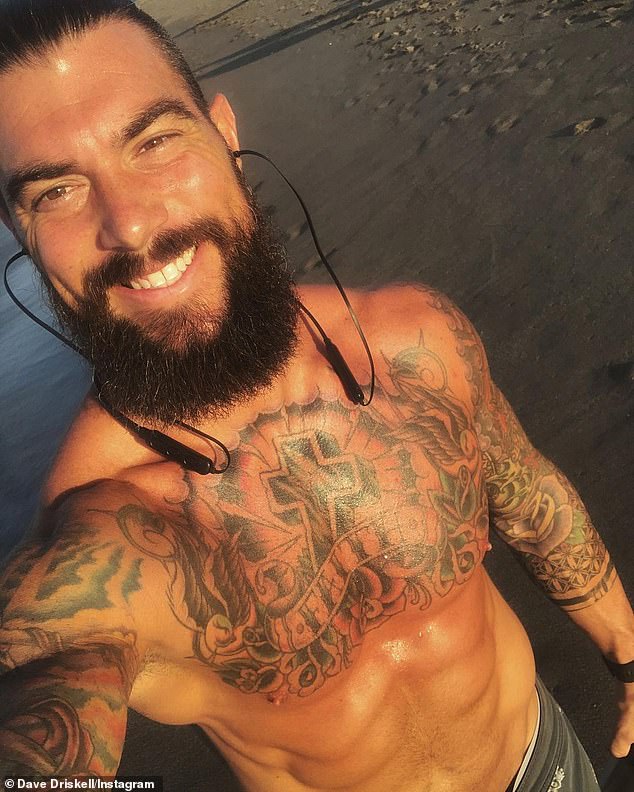 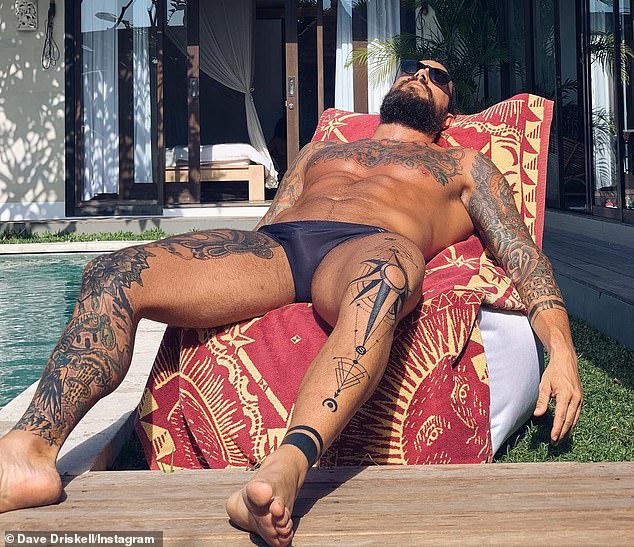 Not all of Mr Driskell’s social media followers were on the same page, with one labelling his views on sunlight ignorant

‘It is irresponsible to spread misinformation about sun exposure not being able to kill you,’ the Sydney based skin health specialist said.

‘Skin cancers are the most common type of cancer that we see in Australia, making up 80 per cent of all newly diagnosed cancers, and UV exposure is directly responsible for this.’

Not all of Driskell’s followers were on the same page as the CrossFit gym owner.

One person pointed out that that ‘skin cancer is real and not caused by what you eat’.

She went onto label Driskell’s post as ignorant, and also stated ‘telling others not to wear sunscreen is poor advice’.

Driskell wasn’t bothered by the backlash and responded by telling his followers to ‘ditch that sun cream and go sun your f**kin (sic) genitals’.

He also pointed to a poor diet, and poor habits such as smoking and eating processed food as the ‘real’ life killers.

Sun Smart state on their website that two in three Australians will be diagnosed with skin cancer before the age of 70, and always recommend applying sunscreen when outdoors.

According to statistics obtained from the Melanoma Institute Australia, Australia has one of the highest skin cancer rates in the world.

Approximately 16,000 people are diagnosed with melanoma each year, with an estimated 1300 deaths in Australia.

Melanoma is also the most common cancer affecting Australians aged between 15 and 39. 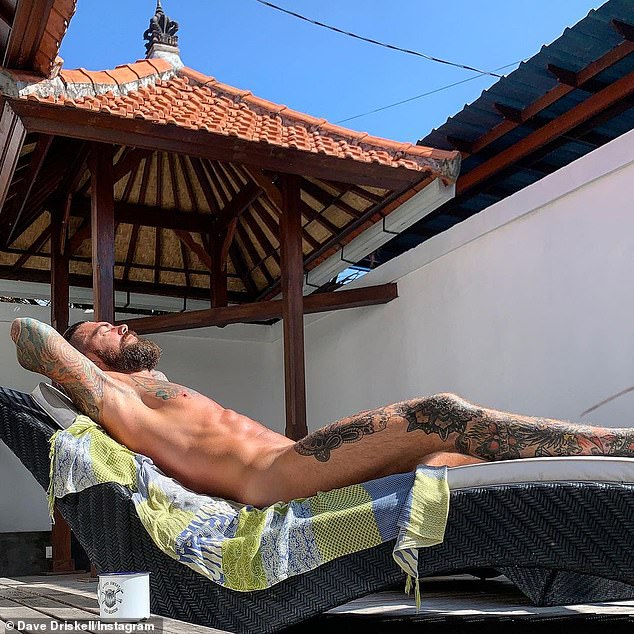 Following criticism for his views on not wearing sunscreen, social media influencer Dave Driskell said now was the time to ‘ditch that sun cream and go sun your f**kin (sic) genitals’ 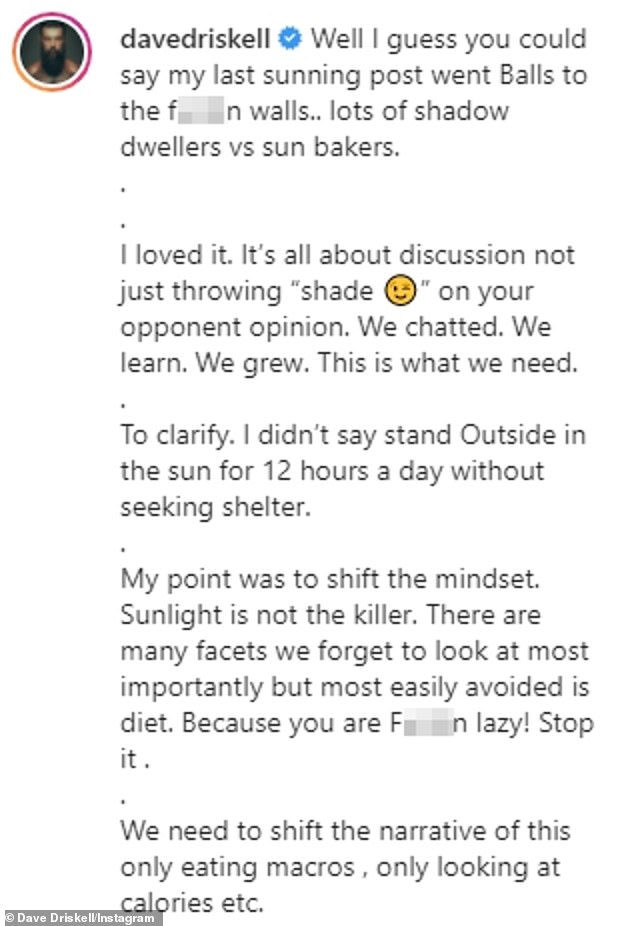 Mr Driskell refused to back down from his controversial opinion, stating on Instagram that ‘sunlight is not the killer’ 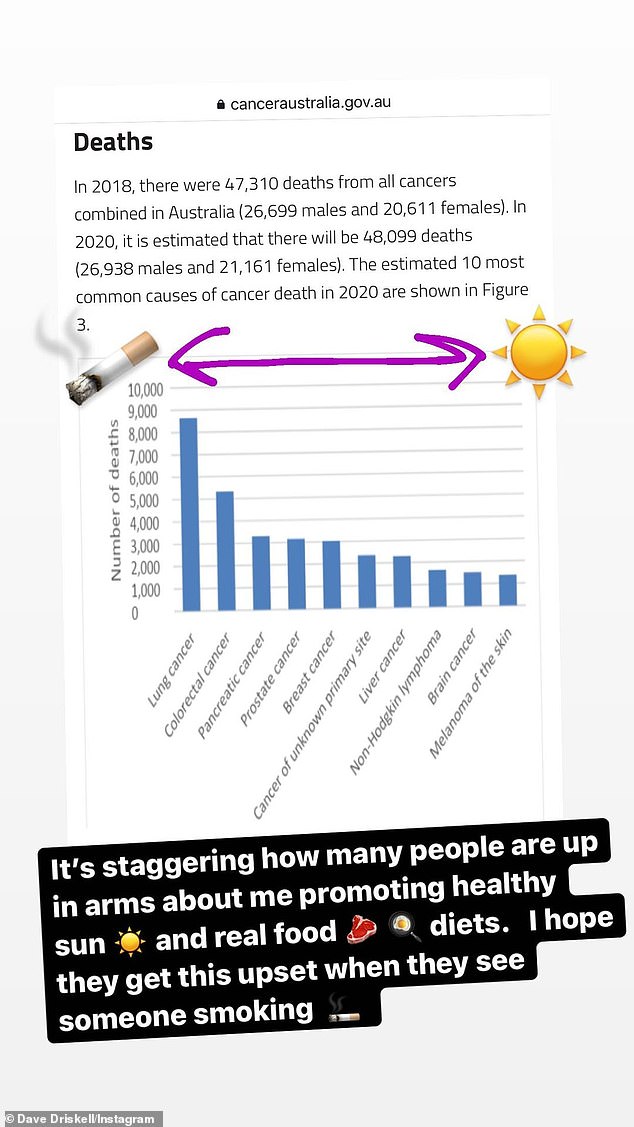