Police retirements rose by 45 percent in the past year, with officers opting out of forces across the country amid Black Lives Matter demonstrations and widespread anti-cop rhetoric.

The alarming statistic was revealed by the Police Executive Research Forum on Sunday, with the organization also revealing that resignations rose by 18 percent.

Anti-police sentiment was fueled by the death of George Floyd at the hands of white cop Derick Chauvin in Minneapolis on Memorial Day.

It prompted some politicians to say they were in favor of abolishing or defunding police forces across the United States. Commissioners claimed that rhetoric caused a spike in violent crime and led officers to feel betrayed by their elected officials.

New York City, for instance, saw large-scale BLM marches during which some participants threw bottles at police and set their patrol cars on fire. 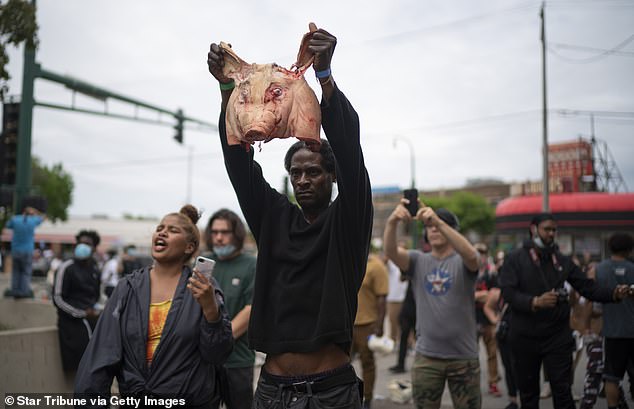 Police retirements rose by 45 percent in the past year, with officers opting out of forces across the country amid Black Lives Matter demonstrations and widespread anti-cop rhetoric. A Minneapolis man holds up a severed pig’s head during an anti-police protest last year 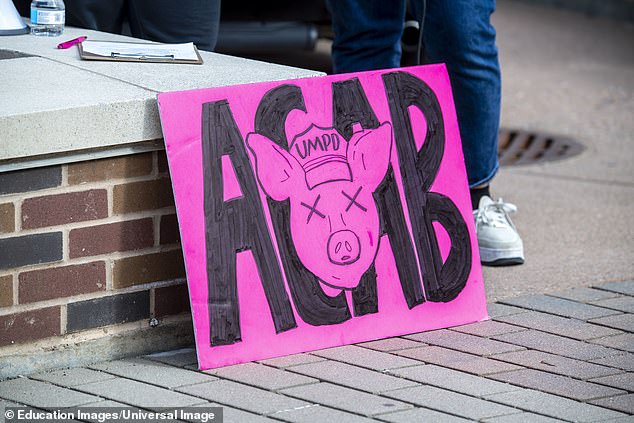 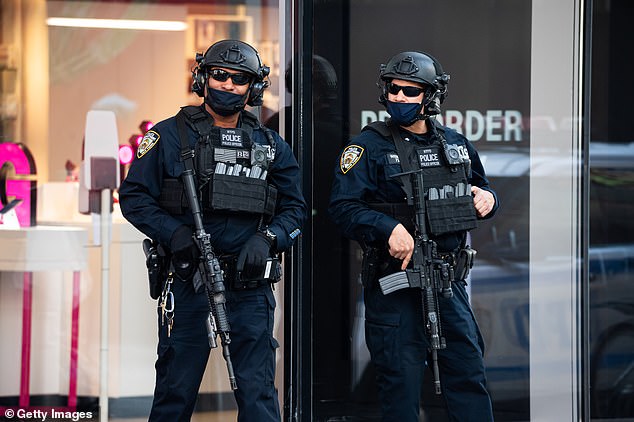 Mayor Bill de Blasio subsequently slashed $1 billion from the NYPD’s operating budget, despite a surge in shootings and murders.

It was a similar story in many police departments in large and mid-size cities around the nation.

In Portland, Oregon, 69 officers resigned and 75 retired between April 2020 to April 2021. That was in comparison to 27 resignations  and 14 retirements the year before.

In Seattle, Washington, resignations almost quadrupled to 123 from 34 and retirements more than doubled to 96 from 43.

Meanwhile, in Asheville, North Carolina, Police Chief David Zack told The Times that he had lost about one-third of staff to resignation and retirement.

‘Certainly with the way that police have been portrayed and vilified in some cases, they have decided that it is not the life for them,’ he stated.

That negative portrayal also stopped many aspiring cops from signing up to the force.

In Portland, just 30 people signed up to the department, down from 69 the previous year.  In Seattle, the number plummeted almost 60 percent to 44 from 119.

In Atlanta, Georgia, officers have also been resigning at an ‘alarming rate’.

Last August, an average of more than one cop was quitting their job every single day. In 2020, more than 200 Atlanta officers resigned or retired.

The Atlanta Police Department, like many across the country, is  also struggling to attract new recruits.

At present, the force remains more than 400 officers under its authorized level

The result has been a surge in shootings and other instances of violent crime.

According to AJC, ‘Atlanta police have investigated 64 homicide cases in 2021, a 58 percent increase over this time last year’.  Shootings have surged by 40 percent.

2020 was already a historically bad year for crime in the city, with 157 reported homicide cases — the most in more than 20 years.

Officials have started a frantic campaign to try to recruit more officers, despite the fact many of them were spouting anti-police rhetoric just a year ago.

The department days it plans to hire 250 new recruits in the next fiscal year.