Risk of driving after taking medicinal cannabis is lower than getting behind the wheel on other commonly prescribed medicines, research shows

The risks of driving after taking medicinal cannabis are the same or lower than for many other prescription drugs, research shows.

‘The risk is probably considerably less than with many medications such as antidepressants, opioids and benzodiazepines,’ Professor Iain McGregor from The Lambert Initiative for Cannabinoid Therapeutics at the University of Sydney told AAP.

His analysis, published in the International Journal of Drug Policy, shows other prescription drugs such as opioids and benzodiazepines can more than double the risk of crashing.

By contrast, previous studies have shown drivers testing positive for cannabis have a slightly increased crash risk (of 1.1 to 1.4), while other recent research has shown no increased risk at all. 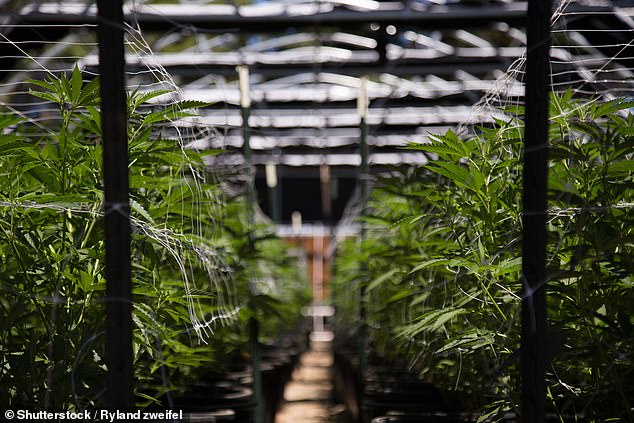 The risks of driving after taking medicinal cannabis are the same or lower than for many other prescription drugs, research shows

Prof McGregor said the scenario could be characterised as similar to a blood alcohol level of between 0.02 and 0.05 per cent.

Medicinal cannabis has been used to treat problems including chronic pain, chemotherapy-induced nausea and multiple sclerosis.

The Therapeutic Goods Administration has approved more than 100,000 applications for patient access as of March 2021 and recently announced some medicinal cannabis products would be downgraded, meaning they can be sold over the counter in pharmacies.

But patients prescribed these treatments have been fined and taken to court after taking the drug as directed by their doctor.

Justin Sinclair, from the medicinal cannabis company Australian Natural Therapeutics Group, says regulatory risk is putting off people in regional Australia who may benefit from the drug but rely on their cars.

‘I think there certainly needs to be some regulatory clarity,’ he told AAP.

He wants an exemption from drug driving laws for people who have been prescribed medicinal cannabis, similar to that available for people on prescription methadone.

TGA figures show medicinal cannabis has mostly been prescribed to women over 50.

Victoria is considering legislation to allow people to drive with chemicals from medicinal cannabis in their system as long as driving is not impaired – but the reforms would not cover people using illicit cannabis.

Similar legislation has been introduced in South Australia.