Boy, 15, appears in court charged with murder after victim was stabbed outside school as two other teenagers have been killed in unrelated incidents across London over the past four days

By Antony Thrower For Mailonline

A 19-year-old man has been arrested on suspicion of murder after a teenager was shot in north London this week.

The Metropolitan Police has named the victim as 19-year-old Taylor Cox from Barnet.

Officers were called to Hornsey Rise Gardens in Islington shortly before 4.30pm on Tuesday after police received reports of gunshots in the area.

He was the third teenager to lose his life in London since Tuesday afternoon. 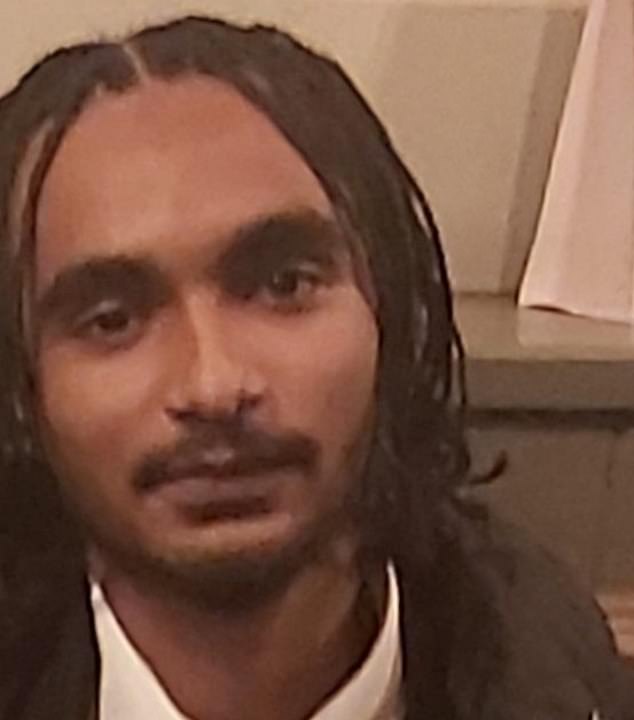 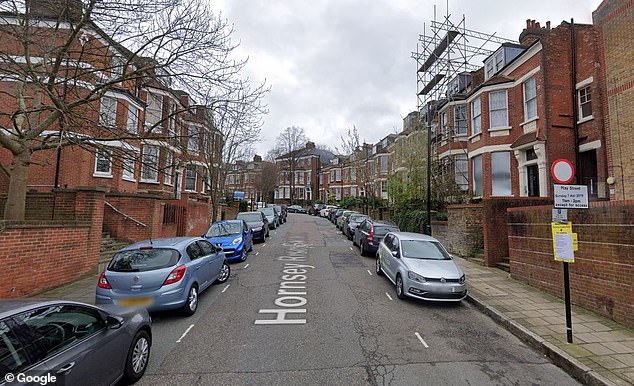 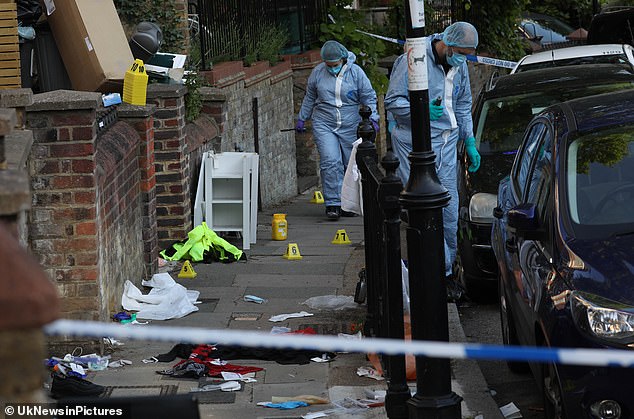 One man has been arrested after another man was shot in Hornsey Rise Gardens, Islington this week

The teenager was found suffering gunshot injuries and was taken to hospital but was later pronounced dead.

A post-mortem examination gave the cause of death as a gunshot wound to the head.

The Met said on Saturday a 19-year-old man had been arrested on suspicion of murder.

He has been taken to a London police station where he remains in custody.

Inquiries into the circumstances continue.

The incident came ahead of another week of violence in the capital as a 17-year-old was stabbed to death in Streatham on Thursday after reportedly being chased.

Four people have been charged with murder following the fatal stabbing of a teenager in south London.

The Metropolitan Police has made a total of 11 arrests in connection with the incident in Streatham which happened on Thursday.

The Met said although formal identification is yet to take place, the family of the deceased has been informed and he has been named as 17 year-old Denardo Samuels-Brooks.

Officers and the London Ambulance Service were called to Prentis Road just after 4pm to reports of a stabbing and found a male with a stab wound to the chest.

He was taken to a central London hospital, where he was pronounced dead just before 5pm.

A post-mortem examination was due to take place at Greenwich Mortuary on Saturday. 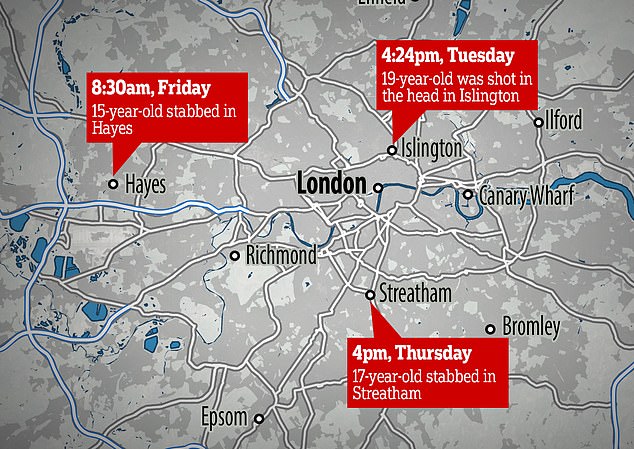 And in a separate incident on Friday 15-year-old Jalan Woods-Bell was stabbed in Hayes at about 8.30am and died at the scene.

A 15-year-old boy has appeared in court charged with murder after another teenager was fatally stabbed during the school run in west London.

The Metropolitan Police has named the victim as Jalan Woods-Bell, 15, following the incident Hayes.

Officers were called to reports of a fight on Blyth Road, close to Global Academy – a college for students aged 14-19 – just before 8.35am on Friday.

Jalan was found with stab injuries and died at the scene.

The Met said a post-mortem examination is due to take place on Sunday.

The charged teenager, who cannot be named for legal reasons, appeared at Willesden Magistrates’ Court on Saturday and an update on his next court appearance is expected in due course.

Detectives from the Specialist Crime Command continue to investigate the incident.