A distinct sense of now or never hangs over Belgium’s Euro 2020 campaign.

With Kevin De Bruyne and Romelu Lukaku in the form of their lives, with the Roberto Martinez masterplan now entering its third tournament and with their much-lauded Golden Generation nudging 30, it simply has to happen this time.

Logic suggests that a quarter-final exit to Wales at Euro 2016 and a semi-final defeat to France at the 2018 World Cup should be followed by this outrageously talented group going all the way this time. 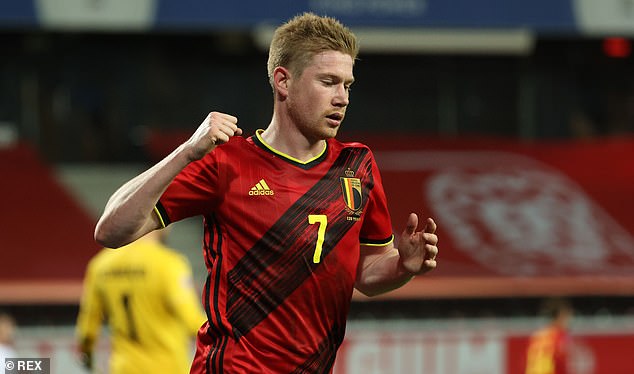 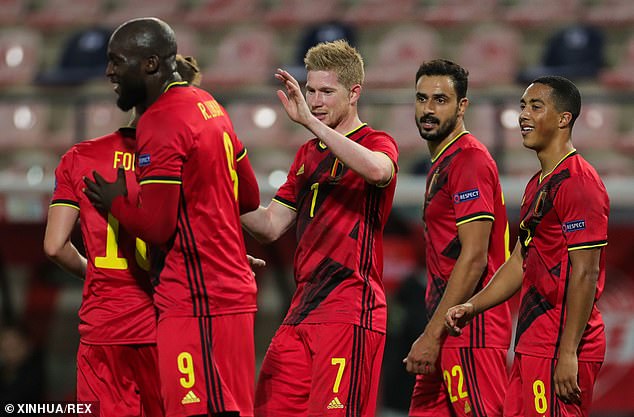 But football is rarely logical and though Belgium may have been FIFA’s No 1 ranked side since 2018 and cruised through qualifying with a perfect record and +37 goal difference, such things count for precious little when the action really starts.

For decades, Belgium revelled in their dark horses status, happy to bloody the nose of world football’s powerhouses every so often.

But this current generation was always a bit too special to be mere dark horses. Their performance at the last two tournaments, which would have been astonishing for previous Belgian teams, always felt slightly underwhelming.

So Euro 2020 is probably the last chance to get it absolutely right on the biggest stage. It’s shown by the fact that Martinez’s squad of 26 features just two players below the age of 25.

It’s really hammered home by the defenders Toby Alderweireld, Jan Vertonghen and Thomas Vermaelen having a combined age of 101. 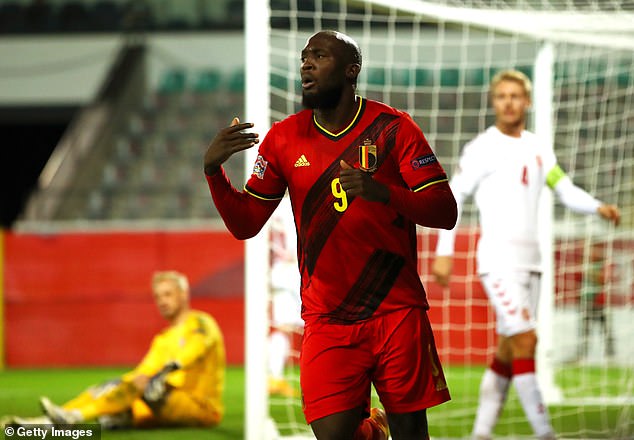 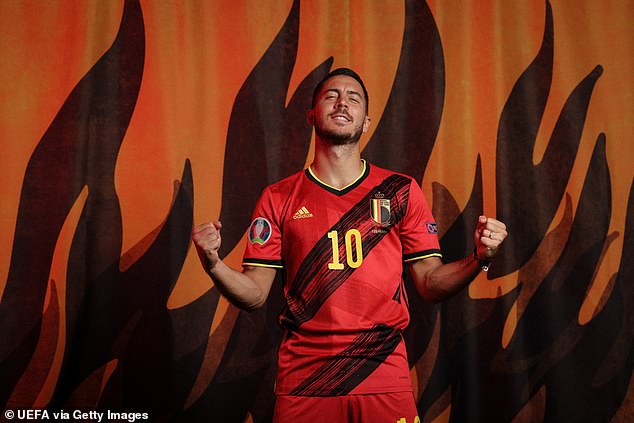 Eden Hazard is already 30 and De Bruyne, Lukaku and others aren’t far behind. There really is a noticeable contrast between this Belgian squad and, say, the youthful complexion of England.

There will be a fresh crop of young talent coming through Belgium’s ranks but everyone knows they’re highly unlikely to hold a candle to the existing team. They have to deliver now.

First, the good news. De Bruyne enters the tournament off the back of another brilliant season for Manchester City, one that would have been perfect had they won the Champions League final.

Even the minor surgery he needed on a nose bone and eye socket fracture after his collision with Chelsea’s Antonio Rudiger in that match won’t derail his Euros though we’ll probably see him wearing a protective mask.

De Bruyne is a staple of Euro 2020 players to watch lists and we’ve seen enough magic for City in recent years to know why. 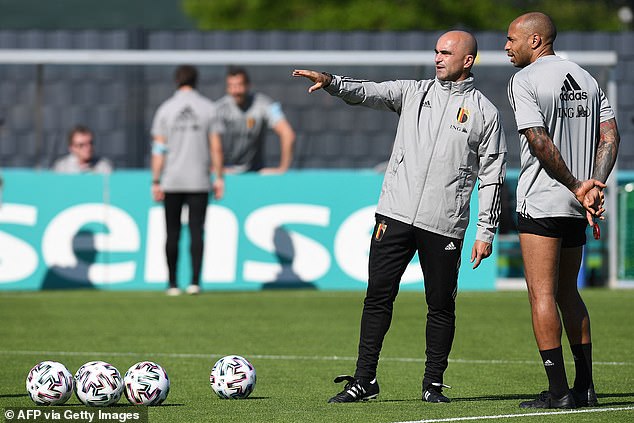 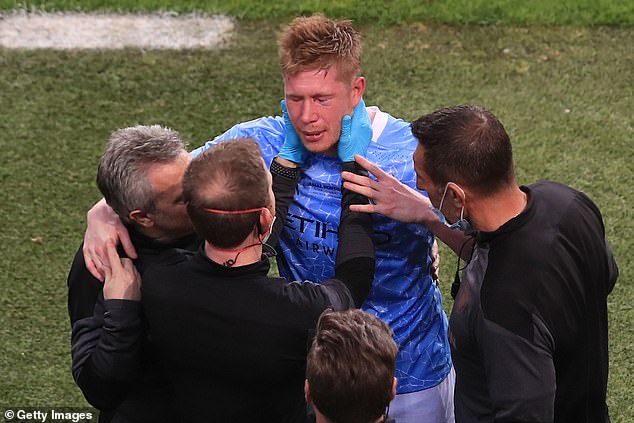 Floating about in Belgium’s midfield, he will be expected to deliver the defence-splitting passes for Lukaku, Hazard and Dries Martens to exploit. Chances are he will.

Speaking of Lukaku, he too couldn’t be in superior form entering the tournament. Goal returns of 34 and 30 in his two seasons with Inter Milan have banished memories of his Old Trafford exit.

A Serie A title winner just a few weeks ago, he retains that ability to dominate defences and continues to score as prolifically for Belgium as he does his club.

The other thing in Belgium’s favour is their familiarity with the way Martinez and his assistant Thierry Henry like to go about things.

It may look imbalanced because Thomas Meunier at right wing-back is more defensively minded than Thorgan Hazard on the left but it works nicely most of the time. 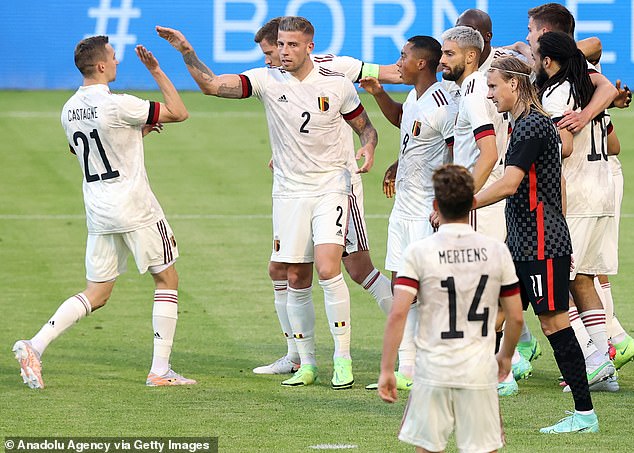 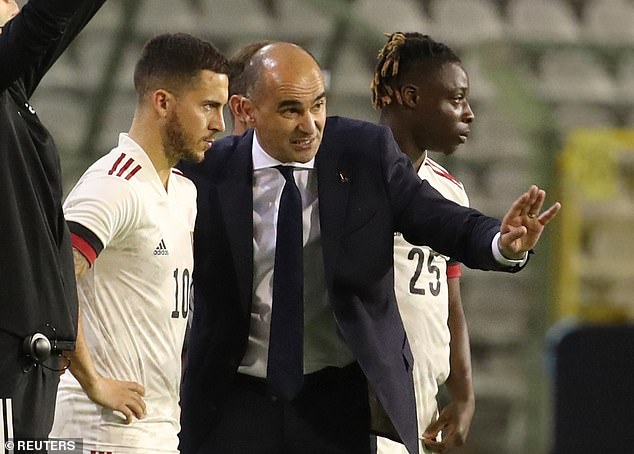 So whereas Gareth Southgate has recently reverted to four at the back from a system similar to Belgium’s at the last tournament, the excuse of unfamiliarity won’t be there for Martinez’s squad.

Then there’s Belgium’s group of Russia, Finland and Denmark. It shouldn’t bring too many problems even though both Russia and Denmark will have home advantage in Saint Petersburg and Copenhagen respectively.

Finish top of Group B as everyone expects and Belgium will face one of the four third-placed teams in the last-16 in Seville. It could be Italy in the quarter-final after that so the path isn’t too daunting.

On the flip side, there do remain some nagging concerns about whether Belgium will get everything spot on this time around.

The form of Hazard at Real Madrid amid injury struggles that have now spanned two seasons has to be a major worry. 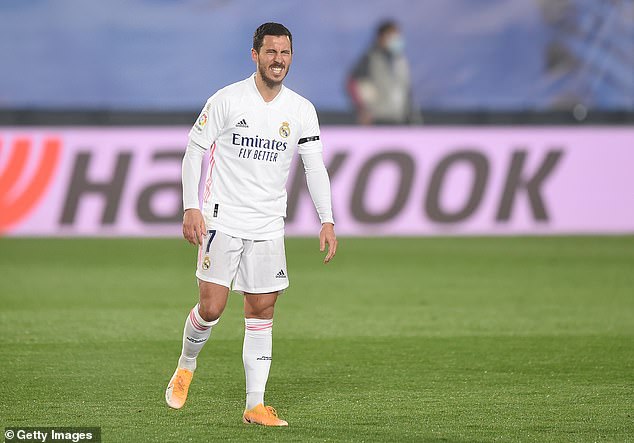 He started just 11 matches for them in the season just finished because of various muscle problems and hasn’t come close to justifying his enormous £140m transfer fee.

But Martinez is upbeat, pointing out that Hazard has rarely let Belgium down and will enter the tournament determined to defy those in Spain who have already written him off.

He turned 30 in January and you do wonder how many tournaments at full fitness he has left.

But that’s a more pressing worry for the first choice defensive three of Vermaelen (35), Vertonghen (34) and Alderweireld (32).

Even the Qatar World Cup next year may be a finals too many for what looks increasingly like a creaking back line. They are susceptible to quick opponents and need a midfield shield. 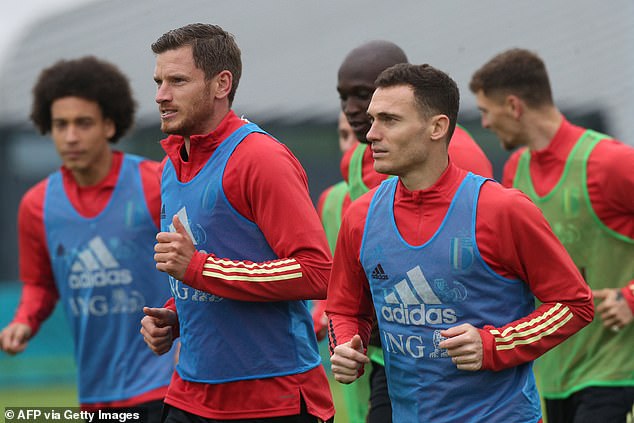 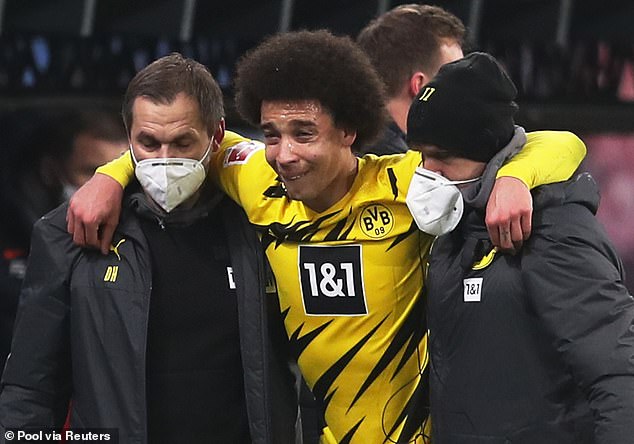 That would have been provided by Axel Witsel, a favourite of Martinez, but the Borussia Dortmund midfielder ruptured his achilles in January and missed the second half of the season.

Witsel is in the squad but it’ll be touch and go whether he plays with Leicester’s Youri Tielemans or Leander Dendoncker of Wolves not exactly bad replacements in the wider scheme of things.

So it hasn’t been the most perfect preparation for Belgium but they will be widely regarded in the handful of nations just behind France on the favourites list to win it. Their odds are quite similar to England’s.

But while France are proven winners and England boast a team that will only mature, Belgium know deep down their moment probably won’t come around again for some time. It has to be now.