By Colin Fernandez Environment Correspondent For The Daily Mail

Poet and broadcaster Roger McGough has penned a verse dedicated to the Great British Spring Clean’s army of litter volunteers.

In One More Battle, Mr McGough, 83, imagines Admiral Lord Nelson coming down from his column in Trafalgar Square to lead all ‘good citizens’ waging war on rubbish.

The broadcaster, who presents Radio 4’s Poetry Please, said he is a fan of the Mail-backed campaign which ends this weekend.

And he joked: ‘I would like to say that I am out litter-picking every day. I am not but I approve of it and my wife Hilary goes on litter picks in her wellies along the river bank.’ 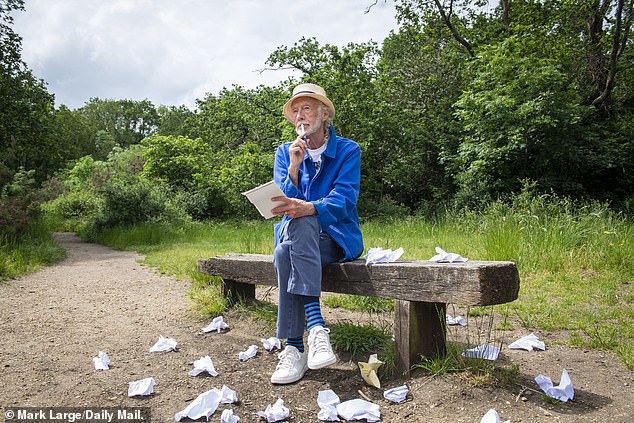 Poet and broadcaster Roger McGough, 83, has penned a verse dedicated to the Great British Spring Clean’s army of litter volunteers 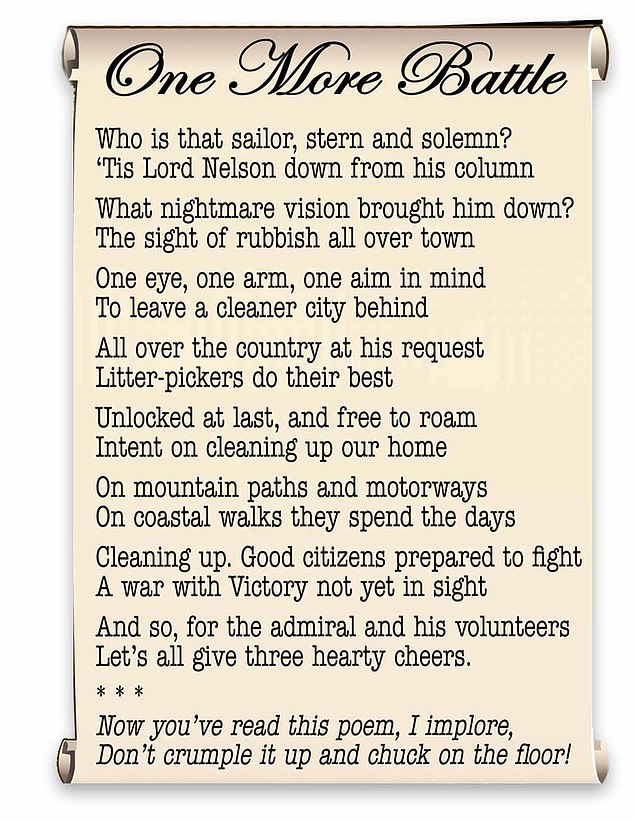 Mr McGough, who lives in Barnes, south-west London, added: ‘I don’t so much jog as dawdle quickly around Barnes Common and Green.

‘In a funny way when I used to live in Liverpool and there was a lot of litter there, it was almost as if it was part of the landscape of the city.

‘But if you are on a common or green or coastal path and see litter it jumps out at you as not belonging.’

Speaking about the new poem, Mr McGough said the advantage of being his age is that he can draw on his previous body of work for inspiration.

‘But I can go through everything I have done before for a germ of an idea. I research and adapt my ideas like a musician with their past lyrics.’

He said: ‘In this instance, I love the idea I once had of Nelson getting off his column and a poem about why he got off. A poet can present ideas in a different sort of way just by being off-centre.

‘But it is important to strike the right tone when the subject is actually a serious business.’ 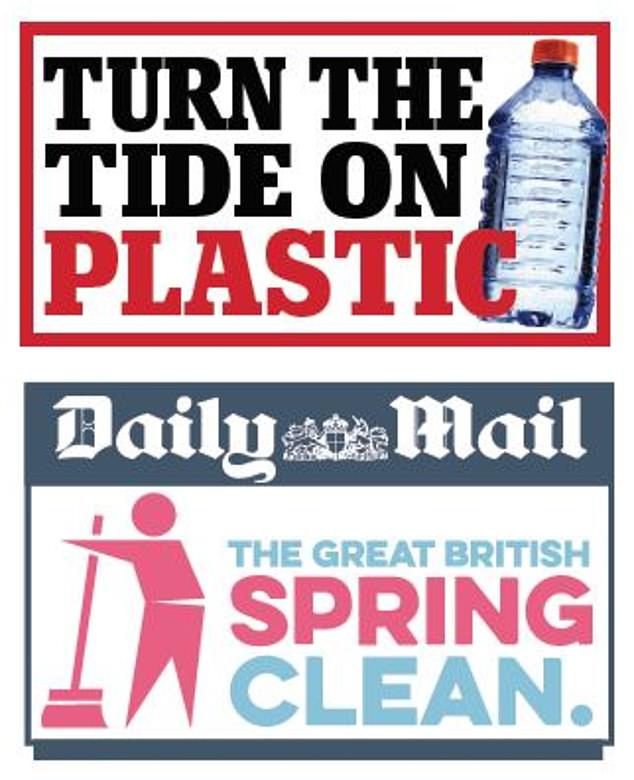 Mr McGough’s support for the campaign, organised by Keep Britain Tidy, comes on the back of other big names such as Chris Tarrant, Carol Vorderman and Sebastian Coe.

For more info go to gbspringclean.org