By Dominic King for MailOnline

At a time when relations between football clubs and fans has been strained – particularly those who support the six Premier League teams that were set on the European Super League – Glasgow Rangers have taken an alternative step.

Fresh from winning their 55th Scottish Premier League title, the crowning achievement of Steven Gerrard’s three-year spell in charge, Rangers have launched a scheme that will see fans be able to buy shares in the club for a minimum investment of £500.

The ambition is to raise £6.75million and since opening up the opportunity to pre-register last Tuesday, Rangers have been inundated with applications. 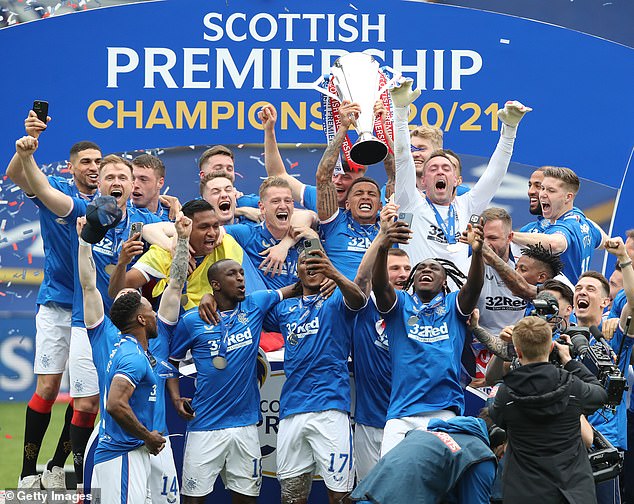 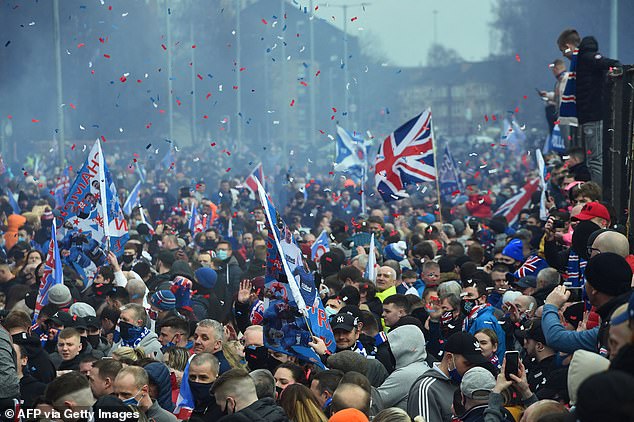 It is a genuine chance for fans to have a say in which direction the club goes, as one share will mean one vote and a seat at AGMs.

This reflects the position of Rangers and the direction in which they are moving. Gerrard has turned them into Scotland’s dominant team and is determined to make sure the first trophy which arrived last month will herald a period of dominance.

They are similarly ambitious off the field and Stewart Robertson, the club’s Managing Director, told Sportsmail about the plans to create unity – but also reward the loyalty that fans have shown over the last decade, stretching back to when Rangers were demoted to the lowest run.

‘It goes back to all the trials and tribulations,’ says Robertson. ‘The fans have been there for us all the way through. It is incredible, really.

‘Without the fans, the club would not be here where it is again. We cannot forget the part they have played and never would. 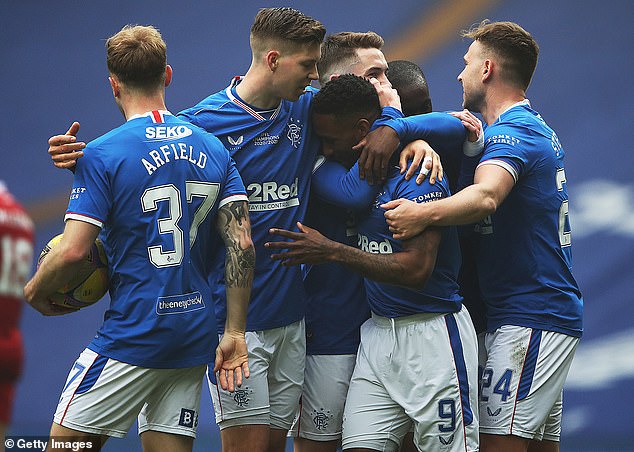 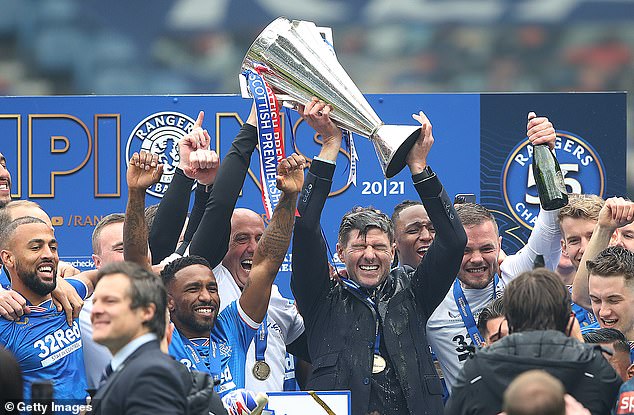 A huge target for Rangers next season will be to reach the Champions League group stages for the first time since 2010 and everything is being geared around that; preparations for the new campaign include a friendly against Arsenal at Ibrox on Saturday, July 17.

Such is the anticipation, Rangers have sold 45,500 season tickets – even though there is no guarantee at this stage there will be full houses in Scotland next season due to the pandemic – and there is a belief within that they are set for an exciting chapter.

Rangers have a rich European history but they were left wondering what the future would hold in April when the European Super League reared its ugly head. They were the kind of club whom the 12 ESL participants were prepared to shut the door on. 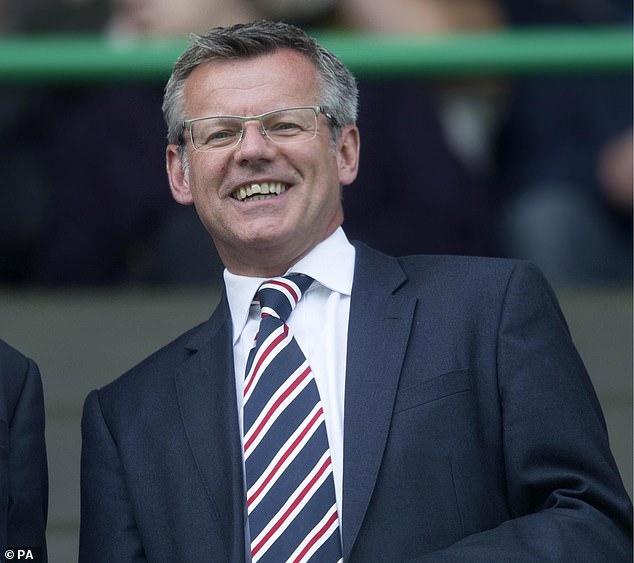 Robertson, who has been MD at Ibrox since 2015, was flabbergasted at what was proposed – and delighted the proposals fell away so quickly.

‘We knew that the Champions League changes were about to go through,’ says Robertson.

‘But we were literally on the sidelines watching, gathering our thoughts over those two to three days. We wanted to know the implications for the European competitions and Scottish football.

‘It was over almost as quickly as it started. But what happened with the Super League was a total disregard for the fans everywhere. In recent years, we have played Feyenoord, Benfica and Porto – brilliant clubs with tremendous history. 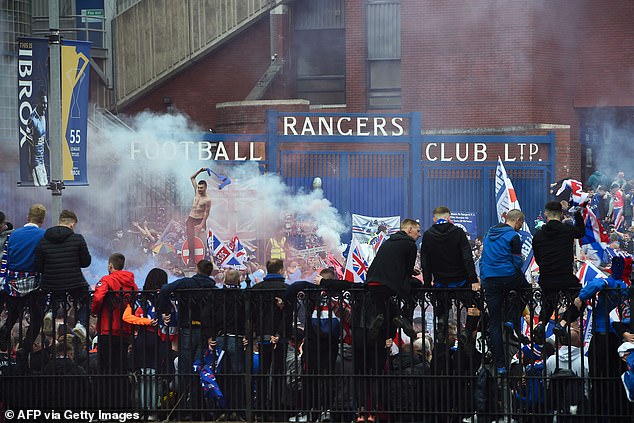 ‘Just because we all come from small countries, it does not mean that we do not have something to contribute to the top table of European football.

‘Of course football needs to evolve but if you take away the competition and jeopardy, you are not left with a sport.

‘If you are not good enough to compete, you have to accept that and make yourself better. But do not take away the chance for us to compete.

‘If the Super League had gone through, so many potentially great games and great meetings would never have happened. It can’t be right.’