By Mark Shapland For The Daily Mail

It was listed in 2018 with the aim of buying into fast-growing tech firms before they hit the stock market. The fund is managed by Richard Watts and Nick Williamson, previously best known as smaller company fund managers at Merian Global Investors, and the track record is impressive. 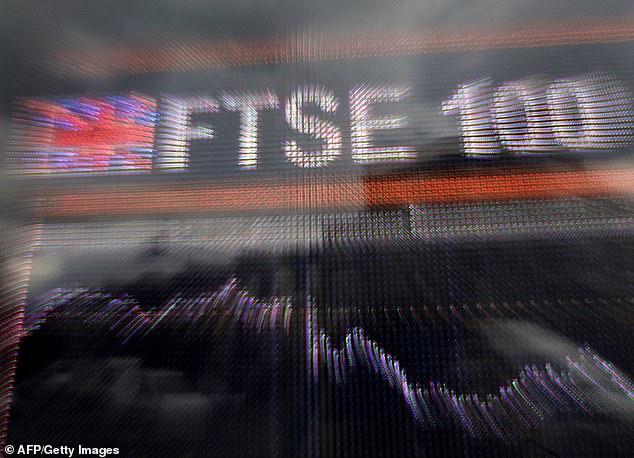 But perhaps the jewel in the crown could yet be Klarna, the Swedish buy now, pay later payments company, which is worth £32billion after the firm raised £452m of new money from Softbank earlier in the week.

Chrysalis owns 1 per cent of Klarna, whose boss Sebastian Siemiatkowski has hinted that the firm is eyeing a float in New York or London.

Meanwhile another investment Embark Group, an online retirement provider, has been approached by Lloyds about a £400m takeover. The two exits would mean a potential windfall for Chrysalis and its investors.

Conor Finn, analyst at Liberum, said: ‘We expect this to be the last private funding round before Klarna seeks a public listing in the next 12-18 months. Embark is close to being sold.’ Chrysalis shares rose 5.2 per cent, or 11p, to 221p.

On the FTSE 100 mining stocks were leading the charge as investors took the view that surging inflation in the US could be due to one-off factors.

As a result, the world’s two largest economies are expected to ‘run hot’ for some time yet without Central Bank intervention. This is good news for London’s listed miners whose major customers are in China.

Betting firms were also making gains as the Euro 2020 championships kicked off. The pre-tournament favourites are France, although many punters believe England have a chance.

Entain was up 2.2 per cent, or 38.5p, to 1803.5p. But there were some notable fallers, including events firm Informa which lost 2.6 per cent, or 14.6p, to close at 543.2p. Informa’s price target was slashed by analysts at JP Morgan to just 494p as doubts lingered over the future of events next year as the coronavirus disease continues to mutate.

Overall the premier index gained 0.7 per cent, or 45.88 points, to close at 7134.06. Further down the market and Robert Walters has continued to see good progress in the last couple of months.

In a very short statement to shareholders, the recruitment company said it expected to do well this year and will beat expectations. Shares rose 1.7 per cent, or 12p, to 706p.

Naked Wines was also having a busy session. With pubs shut for much of the year, online drink orders have soared. Bosses at the home delivery business said sales in the 12 months to March 29 jumped 68 per cent to £340.2m.

But despite the boost, losses widened as the company focused on expansion to tap into the growing market. Losses hit £10.7m compared to £5.4m a year earlier.

Independent retail analyst Nick Bubb said: ‘It is a surprise that losses actually increased slightly, given new customer acquisition costs, but investors will be reassured to hear that sales are still increasing.’ Shares fell 9.8 per cent, or 78p, to 715p. There was also a fresh float for investors to digest.

Seraphim Space – an investment fund that hopes to make money from the booming space industry – said it will IPO on the stock exchange at a £250m valuation.

The listed vehicle will raise £150m in fresh capital.