Australian Olympic officials have placed the champagne on ice after Brisbane was all but awarded hosting rights for the 2032 Games.

AOC boss John Coates on Friday said the Queensland capital was facing a ‘date with destiny’ on July 21, after the executive board of the International Olympic Committee recommended Brisbane as their preferred choice.

The outcome will be decided by a vote next month, but IOC chief Thomas Bach hailed Brisbane’s bid as ‘somehow irresistible’.

It is the only candidate and needs just 50 per cent support from the estimated 113 members other than Coates and fellow Australian James Tomkins, who won’t vote. 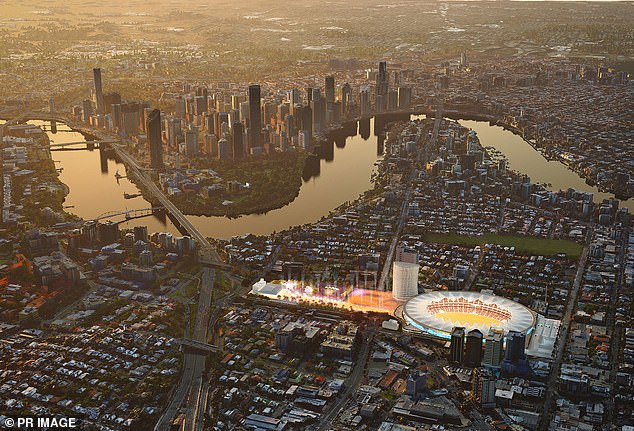 ‘I was very, very pleased to get this expression of confidence,’ Coates said of the IOC’s recommendation.

‘We didn’t know (where we stood) from both the future host commission and the executive board. Now we do.’

Brisbane was chosen as the preferred option in February and the latest tick of approval leaves the city tantalisingly close to becoming Australia’s third Olympic Games host after Melbourne in 1956 and Sydney in 2000.

Coates said Sydney’s staging of the so-called ‘best ever Games’ 21 years ago had ‘absolutely’ boosted Brisbane’s prospects, showing the world that Australia boasted ‘a safe set of hands’.

‘Brisbane can serve up a vital city, a city that’s growing. It’s got the fastest population growth across Australia,’ said Coates, who’s also the IOC vice-president. 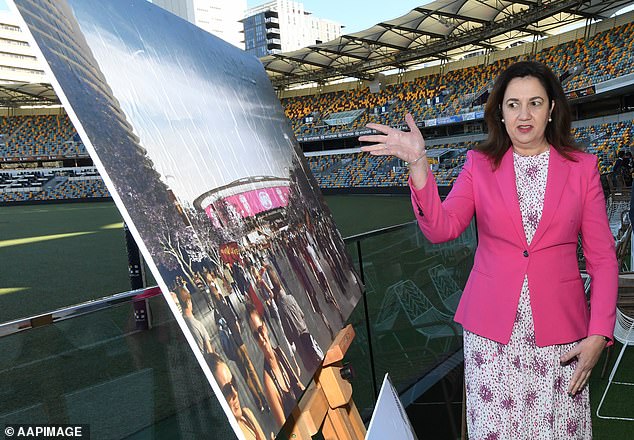 While optimistic Brisbane would receive the necessary votes to stage the Games in 11 years, Coates was publicly cautious when asked if it was a fait accompli.

‘I’ve been around long enough to not predict how my IOC colleagues will vote,’ he said.

‘They haven’t said goodbye to other candidates (previously in contention).’

When pressed on just how Brisbane could fall at the final hurdle, Coates said some IOC members might say ‘it’s too soon’.

‘Or some will want to be satisfied when we discuss with them that we’ve got athletes living in three villages, not the usual concept of one,’ he said.

‘It’s now permitted. I’ve seen some from the athletes’ commission saying that the great thing about the Olympic Games is that we get all the athletes from all the teams from all the sports together. Well, they’re not going to be.

‘And I’m sure a question will come.’

But with the federal and state governments committing ‘circa 10 to 11 billion dollars’ to infrastructure alignment between Brisbane and Queensland’s neighbouring Gold Coast and Sunshine Coast plus the creating of new venues, Coates was confident Australia’s bid would be rubber-stamped.