A schoolboy tragically died after losing control of a road bike his dad bought him on eBay ‘to get him off his Playstation’, an inquest heard.

Corey Caton, 12, suffered head injuries after he crashed at speed on Whitchurch Hill the first time he had ridden his early Christmas present.

The inexperienced road cyclist had braked hard on a sharp bend but skidded across the road and hit an oncoming van. 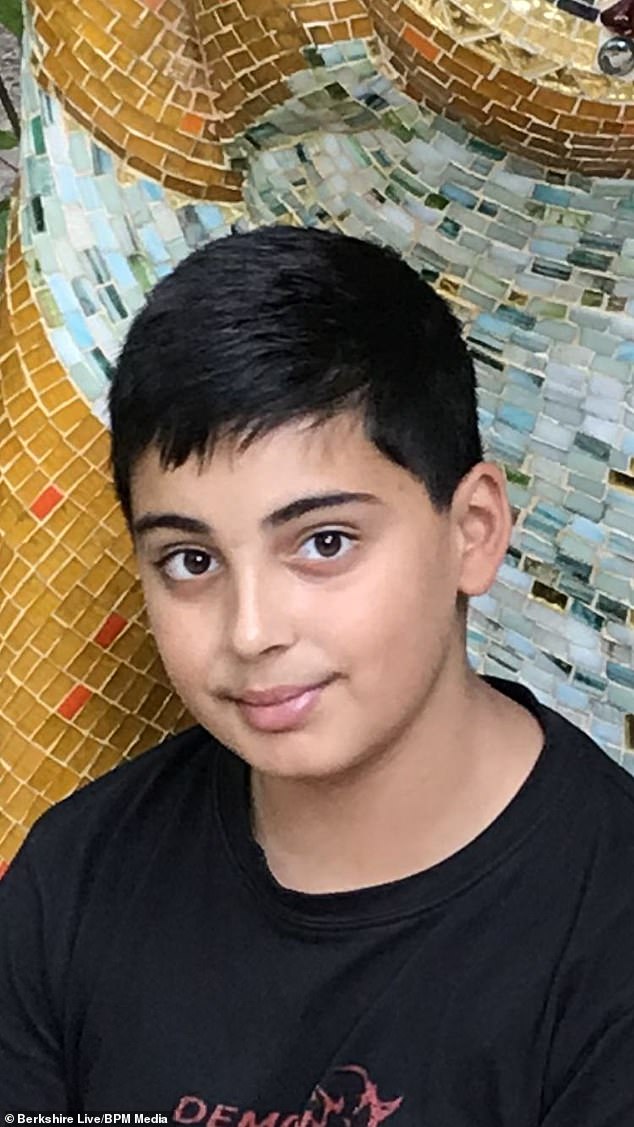 Corey Caton, 12, suffered head injuries after he crashed at speed on Whitchurch Hill the first time he had ridden his early Christmas present

Corey was airlifted to hospital where he underwent surgery but died two days later.

At the time of the accident, Corey lived with his mother Taira in Shinfield Road, Reading, Berkshire, but spent weekends with his dad at his Caversham home following his parents’ 2018 separation.

Mrs Caton had claimed Corey died because the boy’s father had been negligent in his supervision.

She said Corey was only used to riding a mountain bike with wide tyres, the new bike was too big and he was not wearing proper cycling kit and a properly fitted helmet.

But at the hearing on Tuesday, June 8, Oxfordshire Coroner Mr Darren Salter said there was no proper basis for a conclusion of neglect.

He said Corey had lost control due to speed and because he was unfamiliar with the location and with the bicycle.

The inquest heard the father and son had set off from Caversham for the ride to Pangbourne via the B471 Whitchurch Hill, on Saturday, November 7, 2020.

The narrow, steep hill has a 20 per cent decline down into Whitchurch-on-Thames.

The evening before the crash, Corey had tried the Specialised Columbus S-Works bike for the first time in the car park and access road behind Waitrose and Iceland in Caversham.

Mr Caton made adjustments to the pedals, handlebars and seat and the next morning they set off with Corey wearing his dad’s helmet, an assortment of his dad’s cycling and running gear and his own trainer-style school shoes.

Mr Caton was riding behind his son to judge his gear changing, road position and protect him from traffic.

They stopped for a snack and when Corey complained the helmet was uncomfortable, he loosened the chinstrap and readjusted the headband before continuing to Whitchurch Hill.

Mr Caton, an experienced cyclist and motorcyclist, told the court: ‘I was excited about introducing him to Whitchurch Hill.

‘He looked really confident on the bike. He even got into the racing position. I remember him going ‘wahoo’. It validated me not getting him a Playstation.’

Mr Caton said he moved into lead position ‘two to three bike lengths away’ to show his ‘naturally cautious’ son the way and could clearly hear him braking behind.

He said: ‘He put his brakes on, I was happy he was okay. I wanted to give him some space to figure it out for himself.

‘It was not beyond his ability. I would love to have done things differently like stop at the top but I didn’t feel I needed to.’

In court, Mr Caton said that although his son had only ridden a mountain bike regularly before, he had no concerns about his competence on the top-of-the-range bike. 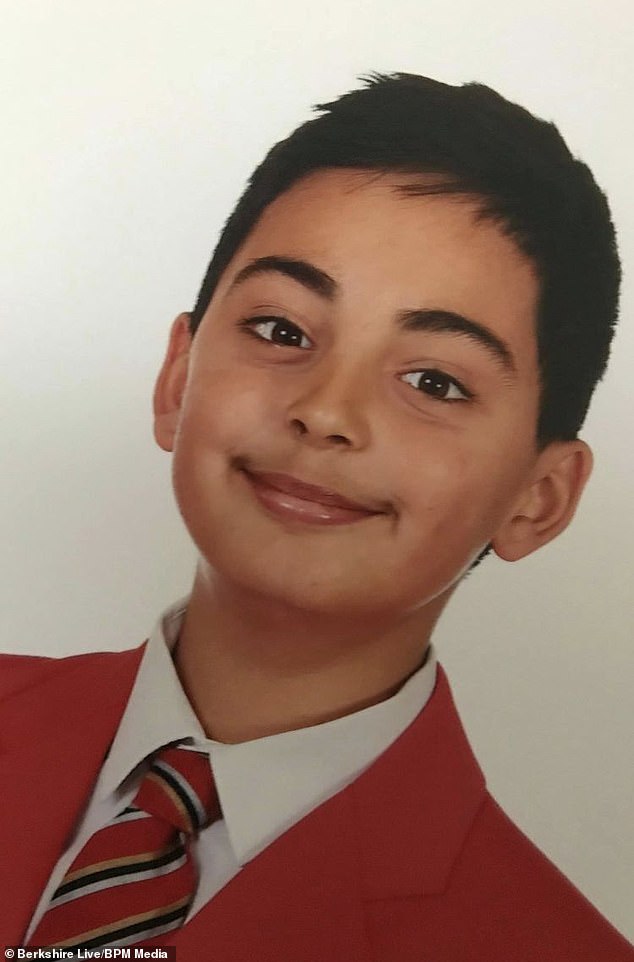 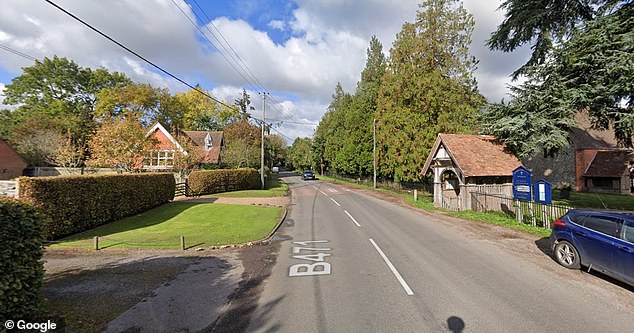 Pictured, a view of Whitchurch Hill village, in the Chiltern Hills in Oxfordshire. A court heard the boy was  excited to buy the secondhand bike which was ‘like new’

He told the court he was concerned that Corey was spending too much time playing computer games during lockdown.

He was excited to buy the secondhand bike which was ‘like new’.

He said: ‘He had put a bit of weight on so I wanted him to get outside more.’

The court heard bicycle tyre marks were discovered by police investigators on the hill, caused by Corey’s brakes locking as he tried to slow down.

At the moment of impact, the oncoming van was almost stationary as the driver had slammed on his brakes and tried to turn into the verge to avoid the collision.

The court heard the driver of the VW Crafter van had been on a hands-free telephone call at the time but that had absolutely no bearing on the collision.

The inquest heard the bicycle was not defective, Mr Caton had made necessary adjustments so it would fit his son and Corey’s clothing had not contributed to the collision.

Mr Salter concluded Corey suffered a traumatic brain injury and died as a result of a road traffic collision.