By Christopher Eberhart For Dailymail.Com and Associated Press

An Air Force base in San Antonio was placed on lockdown for almost two hours Wednesday after military officials said gunfire was reported near a base gate.

Two gunshots were reported heard coming from outside Joint Base San Antonio-Lackland around noon.

Officials said the shots were reportedly fired near the Valley Hi gate on the western side of the main base, just east of Interstate 410 and near a shopping center.

The base immediately implemented lockdown protocols. 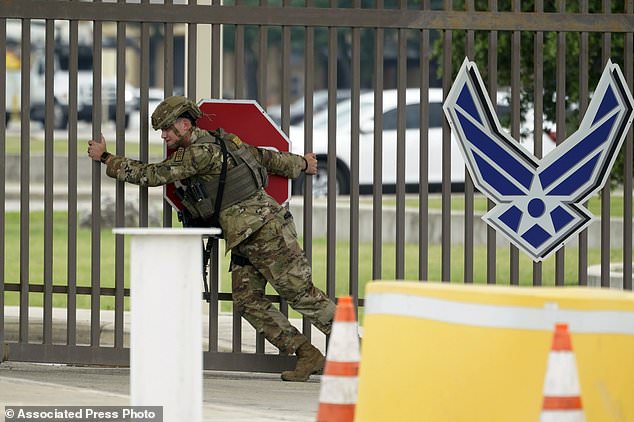 A military policeman closes a gate at JBSA-Lackland Air Force Base gate on June 9, 2021, in San Antonio following reports of gunshots 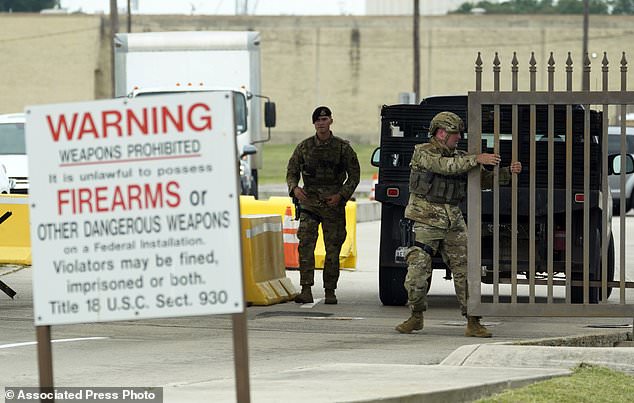 The next three tweets, showed a gradual lifting of lockdown until the final ‘all clear’ was tweeted around 2pm local time. No injuries were reported.

Lt. Col. Brian Loveless, 802nd Security Forces Squadron commander, said it was unclear whether anyone saw a shooter or whether more than one shooter may have been involved, he said.

‘We’re trying to investigate a couple of leads right now to confirm that gunshots actually did take place on the installation.’ 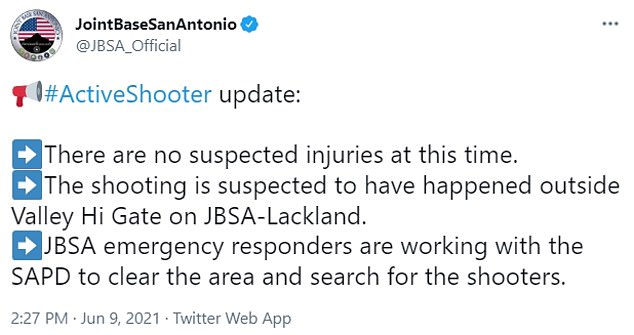 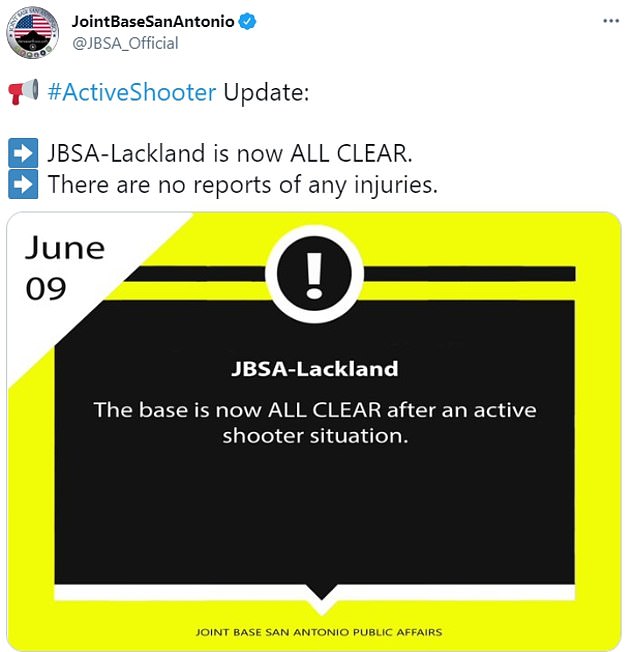 Lackland is on San Antonio’s southeast side and is where the Air Force conducts all of its basic training and is one of three Air Force bases – along with Fort Sam Houston and Randolph Air Force base – that make up the Joint Base San Antonio.

‘There’s a lot of facilities on this installation that are very important to the Air Force. I would rather overreact (to a gunfire report) than underreact,’ Loveless said.

San Antonio police said they were assisting in the investigation. In a statement, police spokeswoman Jennifer Rodriguez said officers were looking for the spot from which gunfire might have originated. 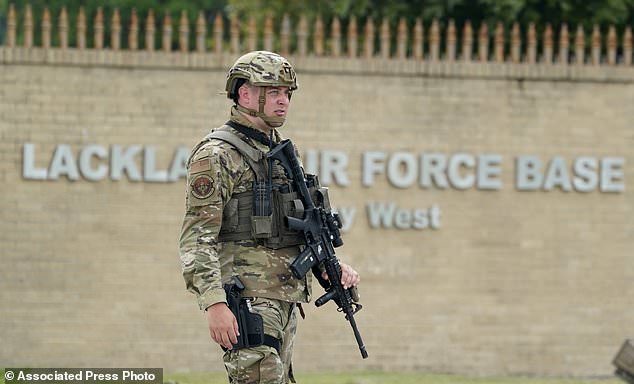