BREAKING: Pennsylvania home EXPLODES and after suspect ‘threatened code enforcement officer with a gun then barricaded himself inside’

At least three Pennsylvania apartment buildings are engulfed in flames after a man threatened a code enforcement officer with a gun and barricaded himself when police arrived.

Lower Providence Township Chief of Police Mike Jackson said the code enforcement officer was following up on an inspection in an Eagleville home – about 25 miles outside of Philadelphia – around 1pm when the the homeowner took out a gun.

The code enforcement officer ran and called police, who responded and talked to the man outside, Jackson said

The homeowner went back inside and then there were ‘multiple loud explosions’ followed by a fire, Jackson said.

#Breaking– Three homes in Eagleville are on fire and police say there is man nearby firing a gun, possibly at helicopters over the scene. Firefighters are fighting an exterior attack from a distance. @6abc pic.twitter.com/aC7Bw6Ovjp 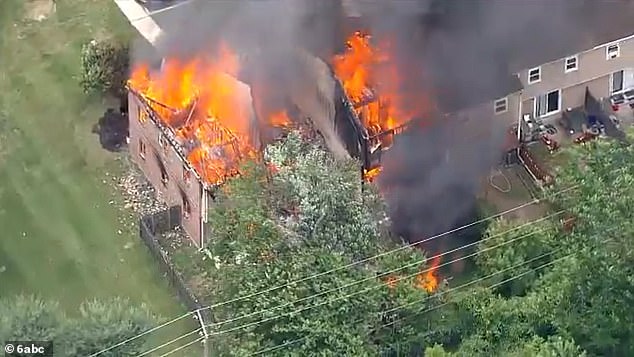 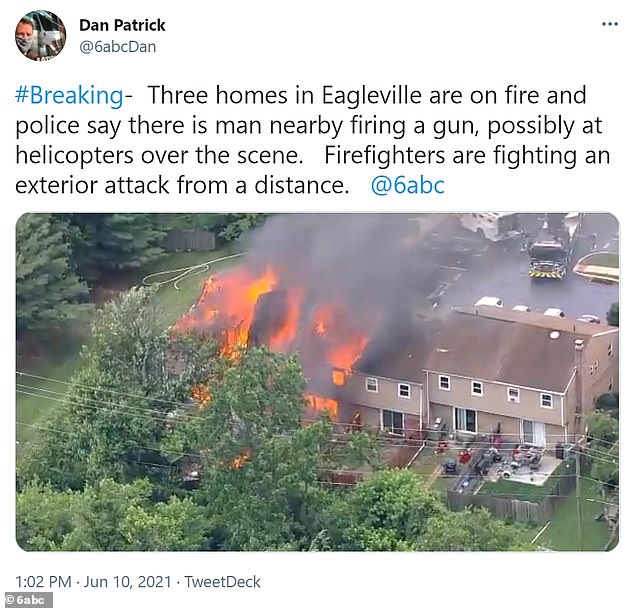