By Adry Torres For Dailymail.com

A taxi driver who stopped to check on his vehicle was seen on camera abandoning three passengers after the engine burst in flames in the southwestern Mexican state of Oaxaca.

Surveillance video footage shows a pedestrian alerting the driver to a pool of spilled gasoline outside a police precinct in Santa Cruz Xoxocotlán on Saturday.

The driver started to accelerate, but appeared to have second thoughts and stopped the car for an inspection. He immediately lifted the car hood to check the engine before it got caught on fire. 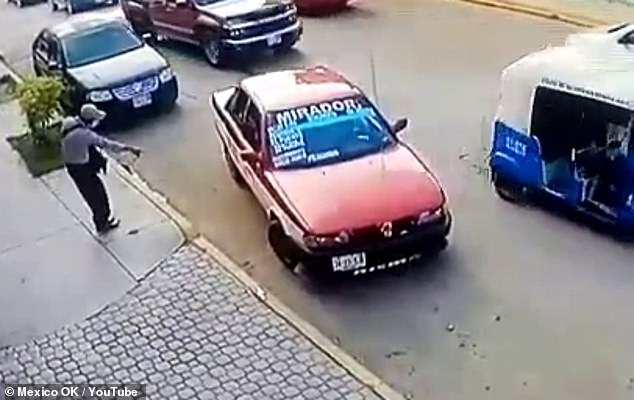 A pedestrian is spotted by a surveillance camera alerting a taxi driver that gasoline has spilled out of the car moments before the vehicle’s engine caught fire outside a police precinct in Oaxaca, Mexico, on Saturday. The driver stepped out to check the engine and ran away as soon as it burst in flames, leaving behind three female passengers who were sitting in the rear seat 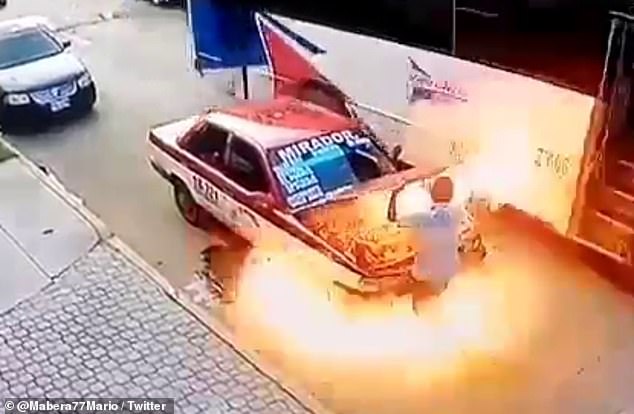 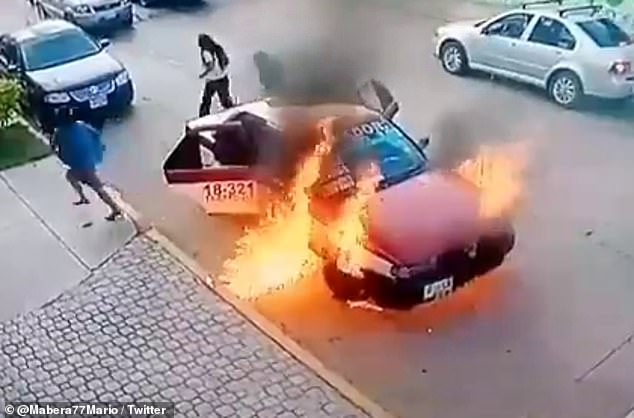 He quickly shut the hood down as the flames expanded and narrowly averted being engulfed in flames himself.

Instead of alerting the three customers, the driver ran away from the car.

About three second passed before the women noticed that the taxi was on fire and jumped out of the car. 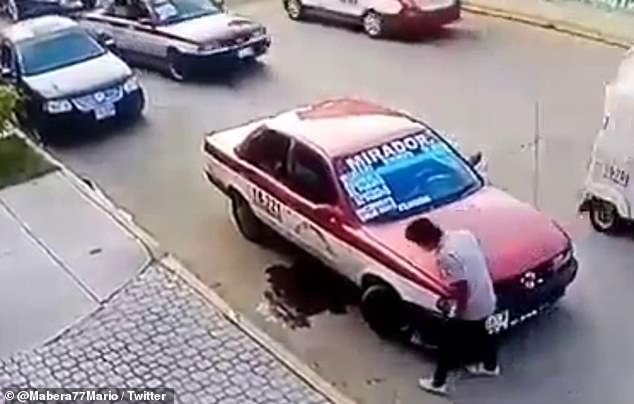 The driver noticed the spilled gasoline on the ground before he went on to inspect the engine, which later got caught on fire 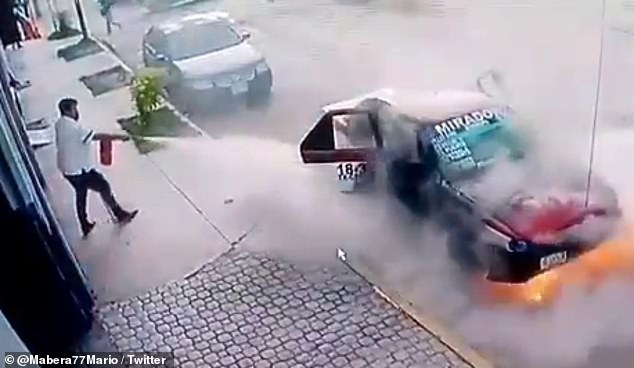 A man stepped out of a shop in Oaxaca, Mexico, and used a fire extinguisher to put out the flames

The front half of the car was covered in flames immediately, but a man stepped out of shop with an extinguisher to put down the fire.

The driver then returned to the vehicle and appeared to remove some of his personal belongings.

The three passengers and the driver did not suffer any injuries.