A spotted predator lurks in this image… can YOU spot it? Leopard’s natural camouflage will put your perceptive skills to the test

Hidden in this picture is a spotted leopard that is naturally camouflaged in the undergrowth outside Jaipur, western India – can you spot it?

The image was captured by amateur photographer Abhinav Gupta while on a trip to the in the Aravali Hills in early June.

The 34-year-old did not realise he had captured the leopard until he got home, despite waiting for hours hoping to catch sight of the rare animal. 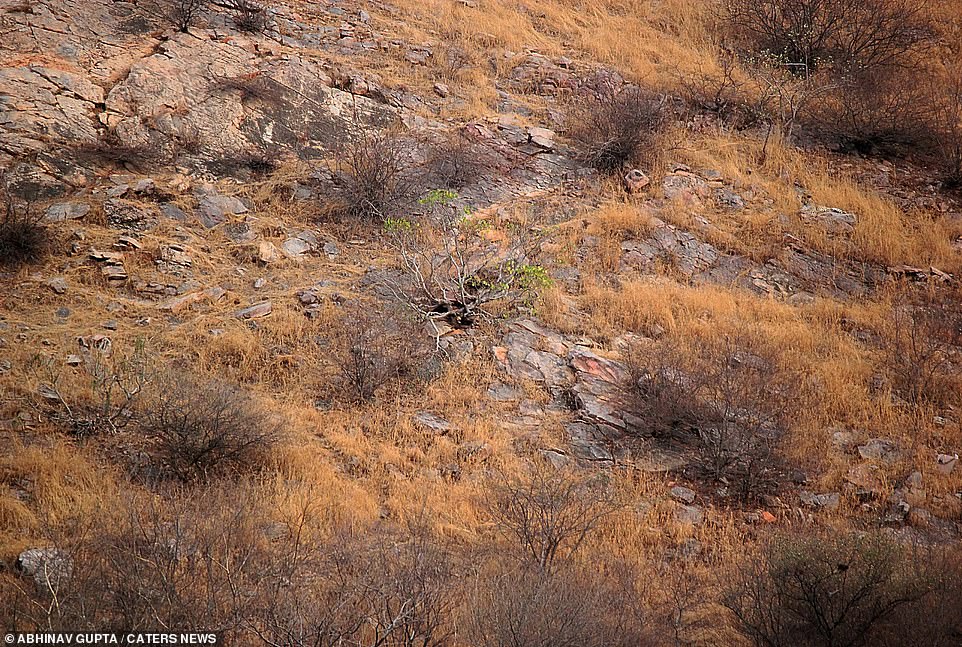 Hidden somewhere in this picture is a spotted leopard camouflaged in the undergrowth – can you spot where it is? 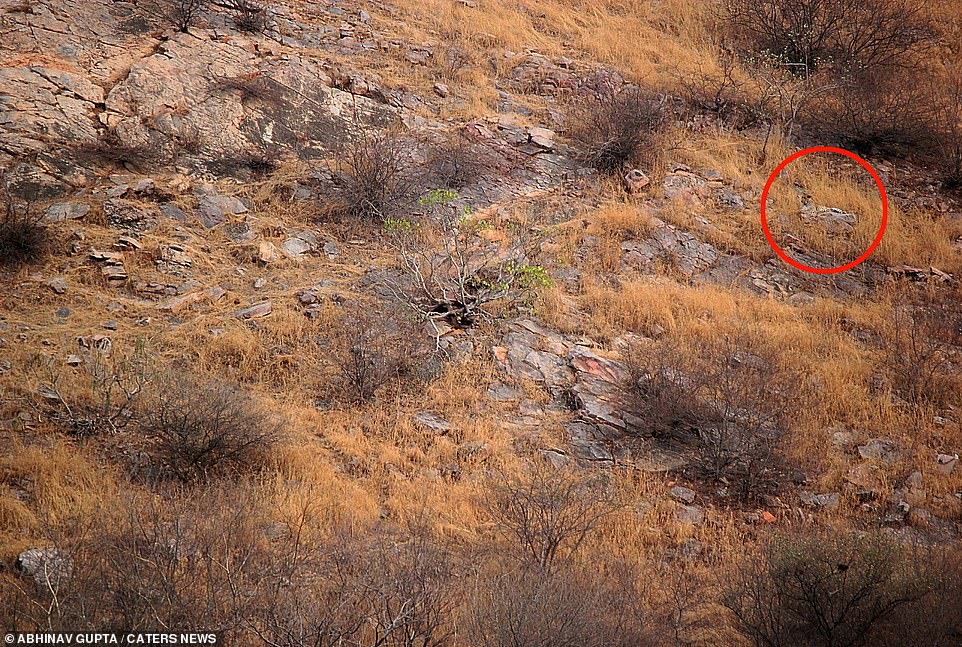 A red ring shows where there elusive big cat was lurking in the Aravali Hills in Jaipur, western India 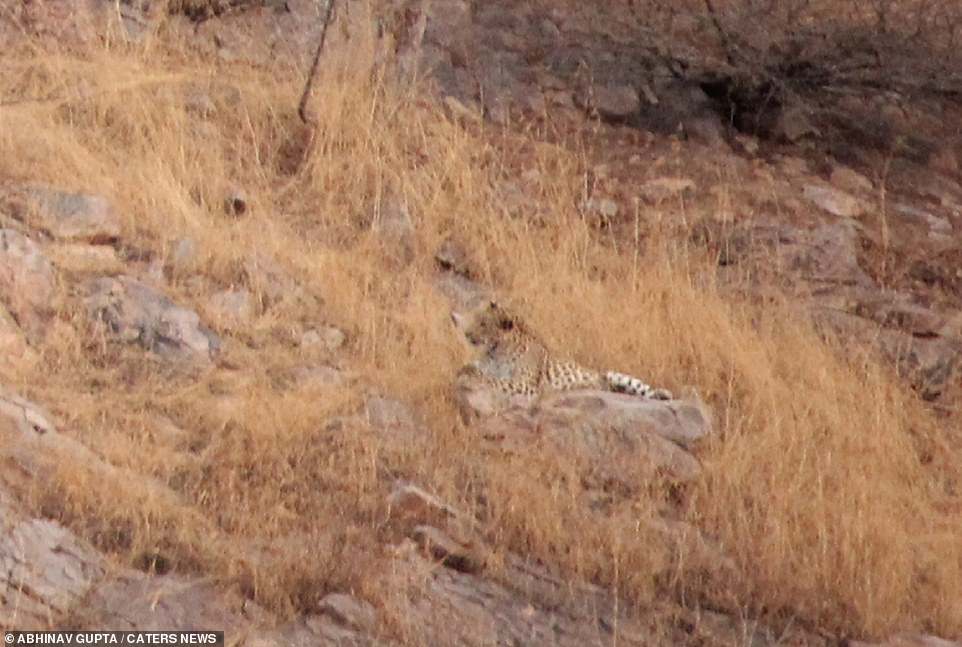 A close-up of the spotted leopard captured in the undergrowth of the Aravali Hills in Jaipur, western India