A woman has been found crushed to death by her quad bike on a remote property in rural New South Wales.

A neighbour stumbled upon the grisly scene yesterday afternoon after being asked to look for the 58-year-old when she was late in returning home to farmland in the state’s Central West.

Emergency services were called to Old Station Road, Gollan, about 60km east of Dubbo, at 4pm on Tuesday but paramedics found the victim dead at the scene. 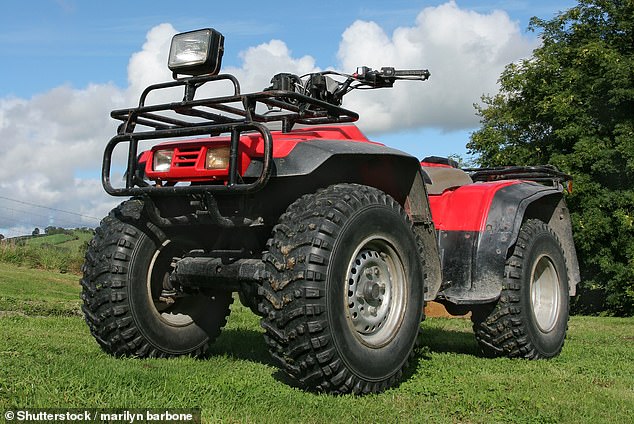 ‘A report will be prepared for the Coroner,’ said a police spokesman who declined to give further details.

Last year, 24 people in Australia died in quad bike accidents, with ages of victims ranging from just two to 80, according to Safe Work Australia.

Half of those who died were aged over 60 and seven of the dead were female.