‘They call me the phoenix from Grenoble’: Olivier Giroud lives up to his France nickname as Chelsea striker comes off the bench to score twice in final Euro 2020 warm-up game after Karim Benzema went off injured

Olivier Giroud proved he can still play a key role for France at this summer’s Euros after coming off the bench to score twice in their final warm-up game with Bulgaira.

Giroud netted twice in the final 10 minutes to give Didier Deschamps’ side a 3-0 victory over Bulgaria after Antoine Griezmann opened the scoring in the 29th minute.

The Chelsea striker replaced Karim Benzema, who hobbled off with an injury just before half-time, and gave his manager a timely reminder of what he can bring to the team. 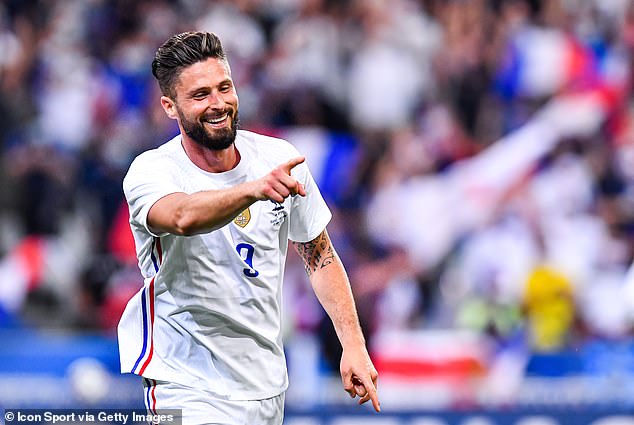 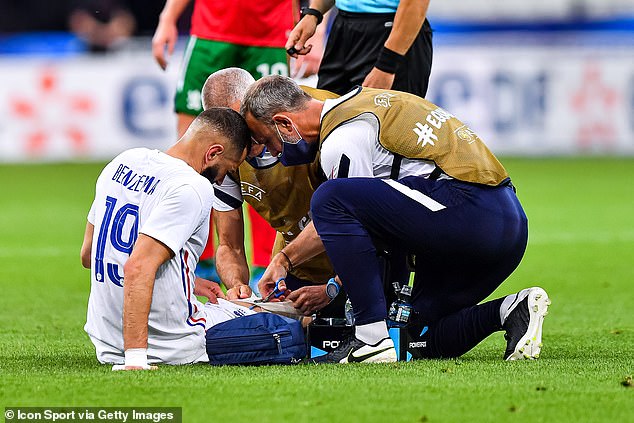 The Chelsea striker replaced Karim Benzema, who went off injured just before half-time

The return of Benzema had threatened to reduce Giroud to a bit-part role in Deschamps’ side but the 34-year-old insisted he will continue to fight for his place.

In his post-match interview, Giroud was asked about his nickname ‘the phoenix’ – given to him by his international team-mates.

‘It made some of my friends laugh, because they call me that, the phoenix from Grenoble,’ Giroud told French TV channel M6. 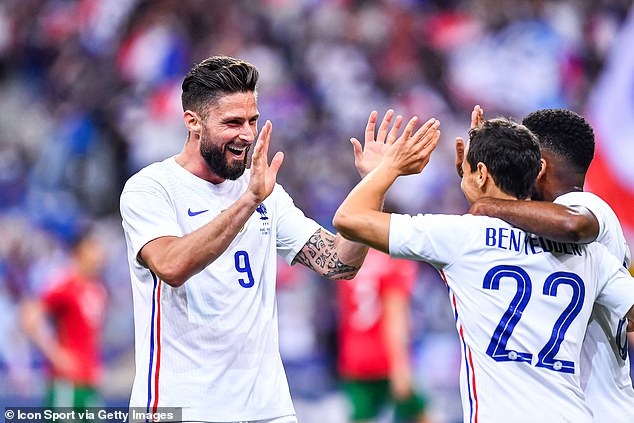 ‘It is a compliment because it means that no matter the circumstances, I don’t give up. When I am called upon, the most important thing is to get the job done.

‘I had a couple of good passes from my colleagues. They know where I make my movements towards and I just needed to finish well.

‘When we did not have the ball, we were good with our defensive positioning. It is when we do not have the ball that we need to make the effort and remain united. Tonight, that’s what we did.’

France kick-off their Euro 2020 campaign against Germany on Tuesday before fixtures against Hungary and Portugal.

The World Cup holders are the favourites to win the competition with their squad boasting the likes of Kylian Mbappe, N’Golo Kante and Paul Pogba in addition to Giroud, Benzema and Griezmann. 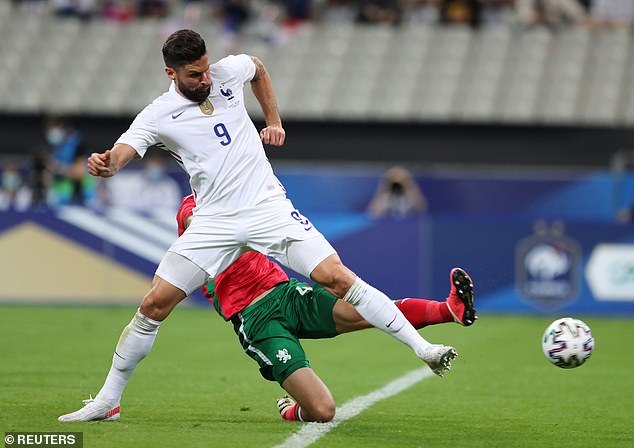