Fancy a cheap Lambo? Custom purple Lamborghini seized by cops under anti-hooning laws could be yours as it goes up for online auction

A customised purple Lamborghini coupe seized by police under Queensland’s tough anti-hoon laws will go up for auction next week.

The luxury sports car was seized in Nambour, in the Sunshine Coast, after the driver evaded officers when he was spotted travelling at high speeds.

The owner of the distinctive Lamborghini Huracan, a 28-year-old Sunshine Coast man, has been linked to 20 traffic offences including evading police and disqualified from driving offences.

The latest model of the Lamborghini Huracan sells for $596,000 brand new in Australia.

He also faced court earlier this year on a raft of serious charges including dangerous operation of a vehicle, driving under the influence of drugs, attempting to pervert justice and other traffic offences. 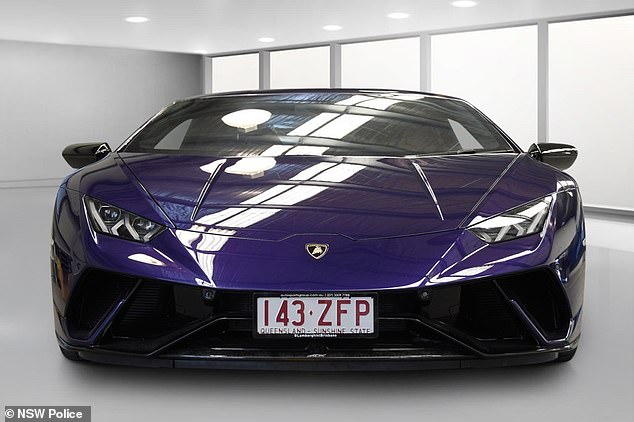 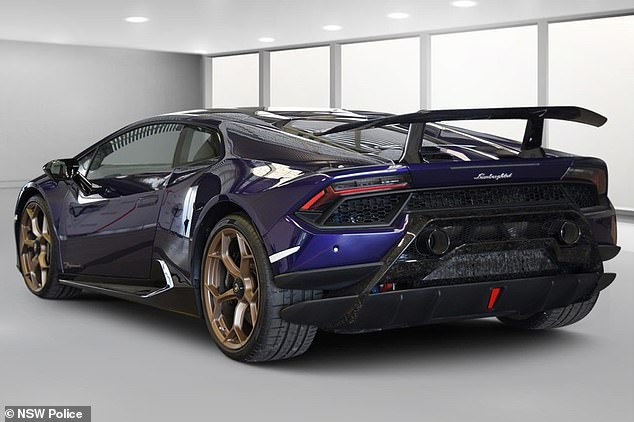 He was sentenced to four years’ imprisonment and disqualified from driving on February 19.

After the vehicle was seized under the state’s anti-hoon legislation, police conducted inquiries into the driver’s actions over several months.

As a result, officers obtained a forfeiture order under the Criminal Proceeds Confiscation Act 2002 for the car, with all funds raised from the sale forfeited to the State.

The Lamborghini will go up for online auction from June 17 through Manheim Auctions.

Police Minister Mark Ryan congratulated police for their perseverance in investigating hooning activity and, when appropriate, seizing vehicles under the state’s law.

‘With the recent amendments to legislation which enable officers to deem the owner of a vehicle responsible for hooning offences, Queensland takes an even tougher stance which means we have the toughest most robust anti-hooning laws in the country,’ Minister Ryan said.

‘This case should send a very strong message to would-be hoons that if you are considering being reckless behind the wheel, you could have your vehicle confiscated and face severe consequences.’ 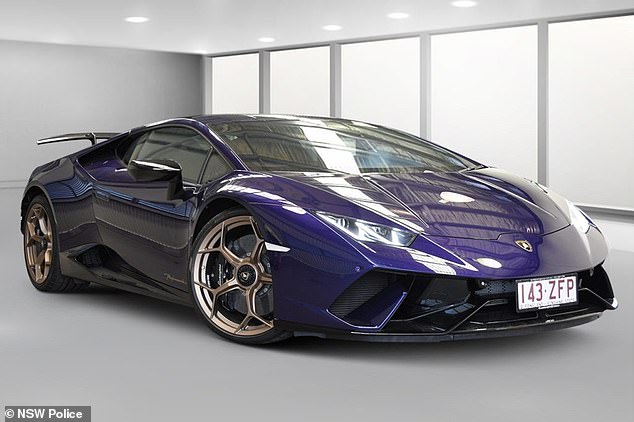 ‘Police will not tolerate reckless and dangerous behaviour on our roads which put the lives of all other road users at risk,’ he said.

‘No matter how powerful your vehicle may be, the law will catch up to you and you will be held accountable for your foolish behaviour.

‘If you have a need for speed, take your car to a race track – it is as simple as that.’

Members of the public can report hoon activity in their area by contacting the QPS’ Hoon Hotline on 13HOON or making a report online.