Norwich are closing in on a deal to bring goalkeeper Angus Gunn back to Carrow Road from Southampton.

A fee in the region of £5.5million, which could rise up to close to £10m, is being discussed, with personal terms set to be finalised once Gunn returns from holiday.

The 25-year-old – son of former Canaries number one Bryan, who went on to manage the Norfolk club – had a spell on loan at Stoke last season after falling down the pecking order at St Mary’s. 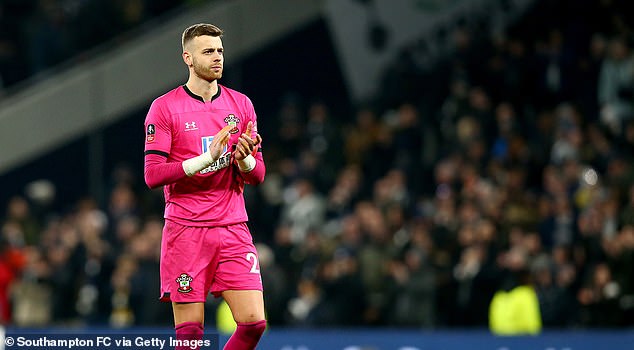 Gunn spent a season-long loan at his hometown club in 2017/18 before returning to parent club Manchester City ahead of a £10million move to Southampton later that summer.

Norwich are looking to bring in additional cover for Tim Krul, who is away with Holland at Euro 2020, and Northern Ireland stopper Michael McGovern.

Norwegian Orjan Nyland is not expected to extend his stay following a short-term deal at the club. 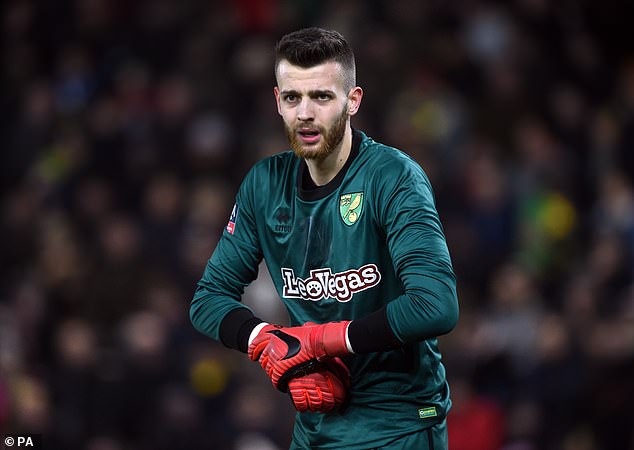 Aston Villa are set to complete a club-record transfer of Canaries midfielder Emi Buendia, currently on international duty with Argentina.

Canaries head coach Daniel Farke will be keen to quickly reinvest the fee, reported to be around £30m, to strengthen the squad following promotion to the Premier League after winning a second Sky Bet Championship title in three years.

Koln defender Sebastiaan Bornauw is one reported target, while interest in Norway forward Josh King, released by Everton, is said to have cooled over wages.