By Sami Mokbel for MailOnline

Crystal Palace are walking away from their pursuit of Nuno Espirito Santo amid concerns over his demands.

Club officials on Tuesday night pulled the plug on their attempts to make the Portuguese, who left Wolves at the end of last season, their next boss.

Santo has made a series of demands and the club have decided not to follow through with their interest. 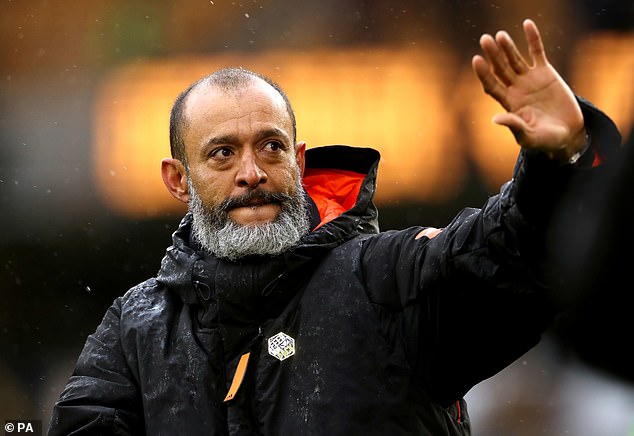 The fact Wolves finished just one point and one place above Palace in the Premier League is understood to be the key contributing factor behind why the Eagles have refused to meet a set of new stipulations made by Santo late on Tuesday night.

Palace had informed Santo they wanted him to be their new head coach during talks over the past 10 days.

The Eagles were hopeful of getting a definitive answer within the next 48 hours amid concerns Everton could launch a last-minute attempt to hijack their move.

But following further talks on Tuesday night, Palace have taken the decision to explore alternative targets.

The south London club want their vacancy filled as a matter of urgency.

Steve Cooper and Sean Dyche are among the other managers Palace have an interest in.

Santo is understood to have been hugely impressed with the project Palace have in place during his discussions with club officials.

But the threat of Everton formalising their interest in Santo was always a scenario Palace chiefs were concerned about.

Managing the Merseyside club, who would likely offer Santo a more substantial budget and wage package, could be an attractive opposition for the Portuguese.