More than 50 students had to be rescued from historic Bondi Beach Public school after it burst into flames on Wednesday afternoon.

Firefighter were called just before 5pm on Wednesday to reports of a fire at Bondi Beach Public School on the corner of Campbell Parade and Warners Avenue.

Witnesses reported there were kids and teachers on the school grounds when the blaze erupted as there is an after school care service inside the school, which overlooks the famous beach and is home to a popular weekend market. 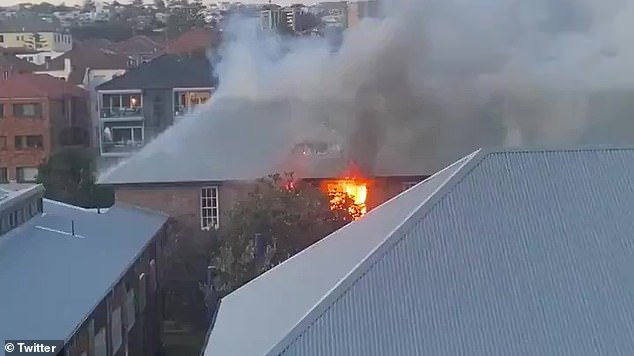 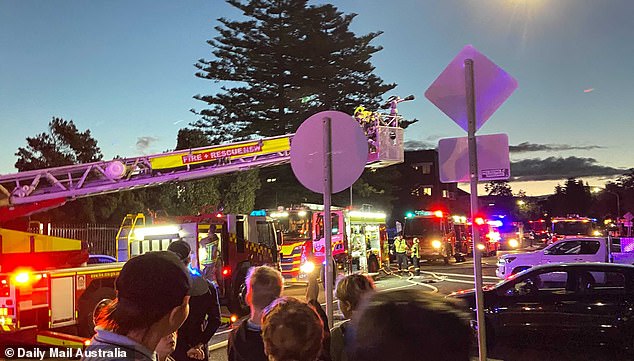 There was no one inside the building when the top floor caught alight, however, two officers who entered were were treated at the scene for smoke inhalation. They did not require further treatment.

There are no other reports of any injuries.

A mother told Daily Mail Australia she got the ‘shock of her life’ when she saw children running out of the school.

Witnesses say the fire was in a classroom and burnt through the top of the roof.

Ten fire trucks, two ambulances, and four cop cars attended the scene, which has now been taped off by police.

Around 200 bystanders were gathered outside the school alongside the evacuated children as firefighters worked to extinguish the blaze.

Meanwhile, Sydneysiders flocked to social media to share photos of smoke billowing across the sky over the city’s eastern suburbs. 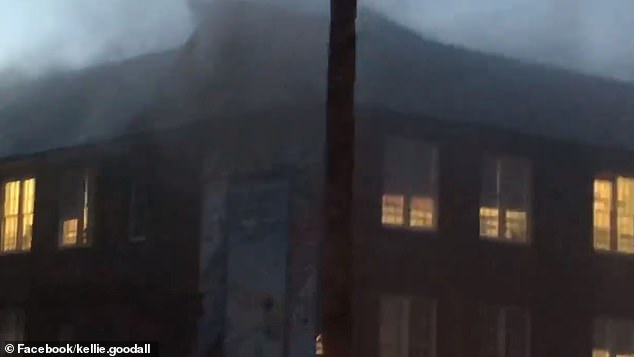 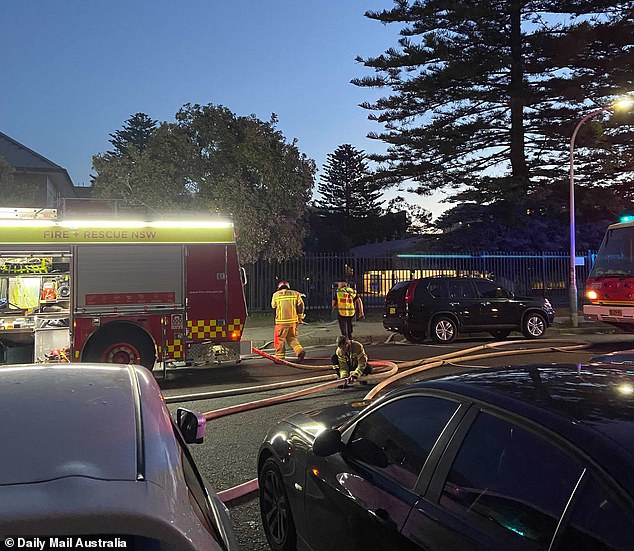 The fire has now been put out but dull smoke continues to pour from the roof.

Firefighters could be seen on a crane inspecting the hole, and shining a light down through the top of the roof to help other crew members inside the smoke-filled historic building, which was constructed in 1923.

Local police and fire crews remain at the scene and will investigate the circumstances surrounding the fire. 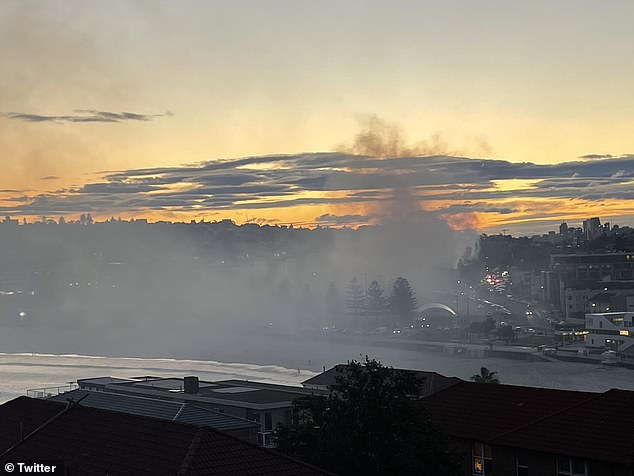