By Faith Ridler For Mailonline

Heartwarming footage has captured the moment a paraylsed dog learned to wag his tail and walk again five months after undergoing life-saving surgery.

Staffordshire Bull Terrier cross Cooper lost the use of his back legs and tail when he suffered a slipped disc in his spine.

The five-year-old dog was rushed to the vets after owner Michelle Gilroy spotted her beloved pet dragging himself across the sofa.

Cooper was referred to Willows Veterinary Centre and Referral Service in Solihull, West Midlands, where he was given a 20 per cent chance of survival. 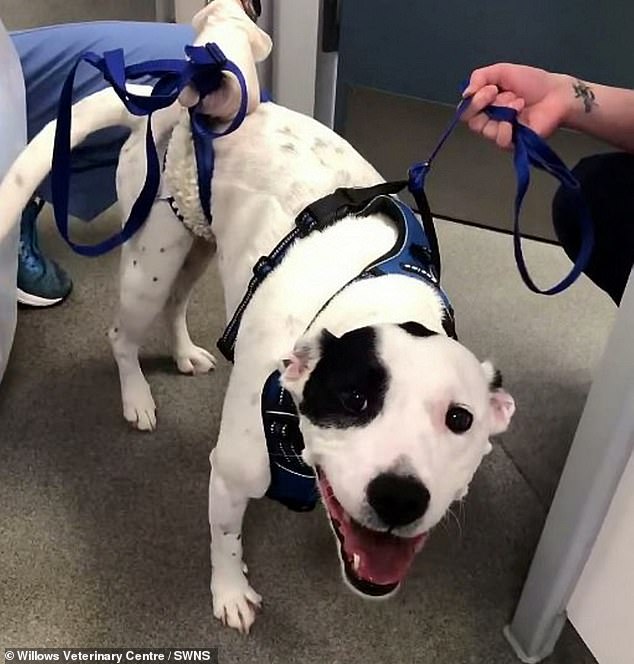 In October, he had surgery to release the pressure on his spine before undergoing months of gruelling rehabilitation.

During his recovery, Cooper was forced to re-learn how to use his back legs and underwent electroacupuncture to stimulate the nerves in his limbs.

Video of his treatment shows the determined dog struggling to walk before finally wagging his tail – a clear indication the treatment was a success.

Ms Gilroy, 49, said: ‘We were absolutely devastated when it was explained to us that Cooper’s chances of recovery were low and there could be possible fatal complications.

‘We were extremely concerned. Everything seemed to point to him not recovering but we were just trying to focus on the slim chance he had. 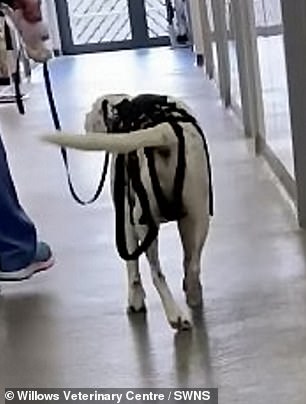 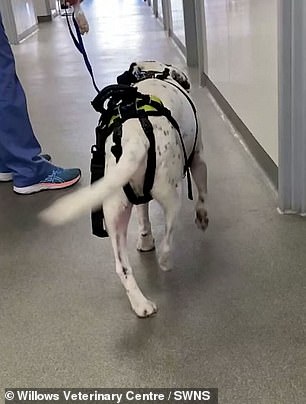 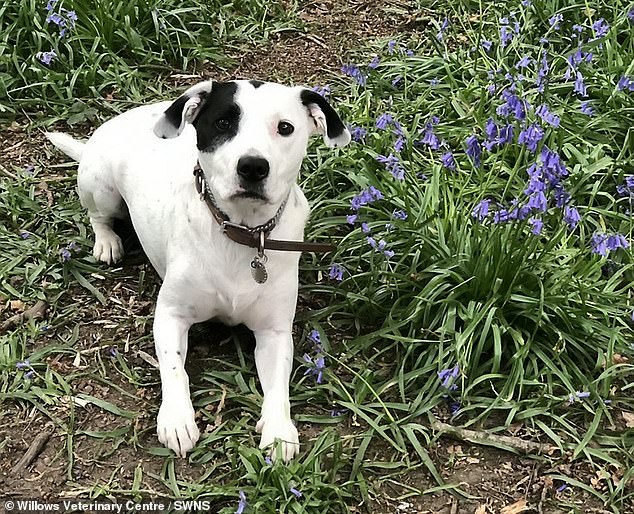 Cooper was referred to Willows Veterinary Centre and Referral Service in Solihull, West Midlands, where he was given a 20 per cent chance of survival

‘It’s been a long, slow road but all the moments along the way, when he wagged his tail again, learned to stand, sit and even now taking steps on his own, wouldn’t have been possible without Willows.’

Jacques Ferrei, a specialist in anaesthesia and analgesia, said: ‘Cooper’s case was particularly difficult as his spinal cord injury had left him with permanent changes to the muscles in his legs.

‘Rather than being soft and relaxed, Cooper’s muscles had been left permanently stiff and rigid, which was obstructive to his mobility.

‘We managed this with medication, regular physiotherapy and electro acupuncture and over the next five months, Cooper slowly but surely showed very subtle signs of movement.’ 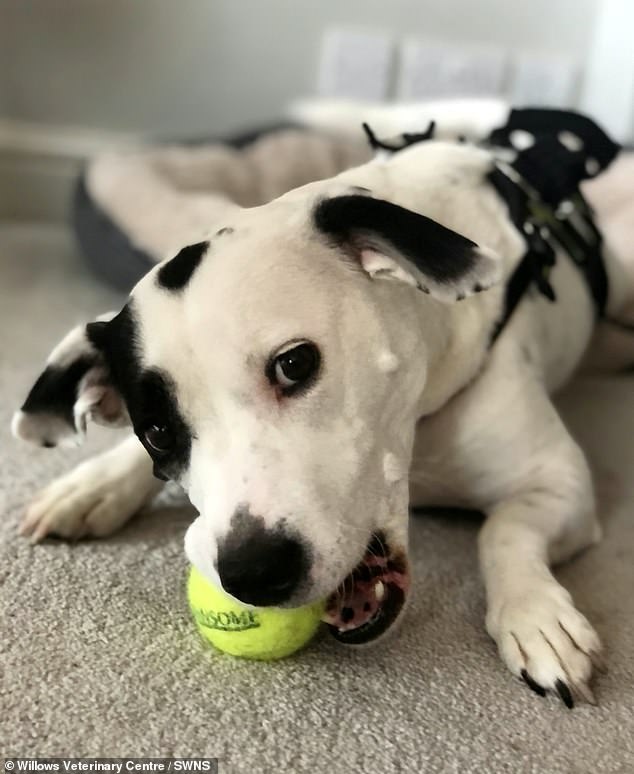 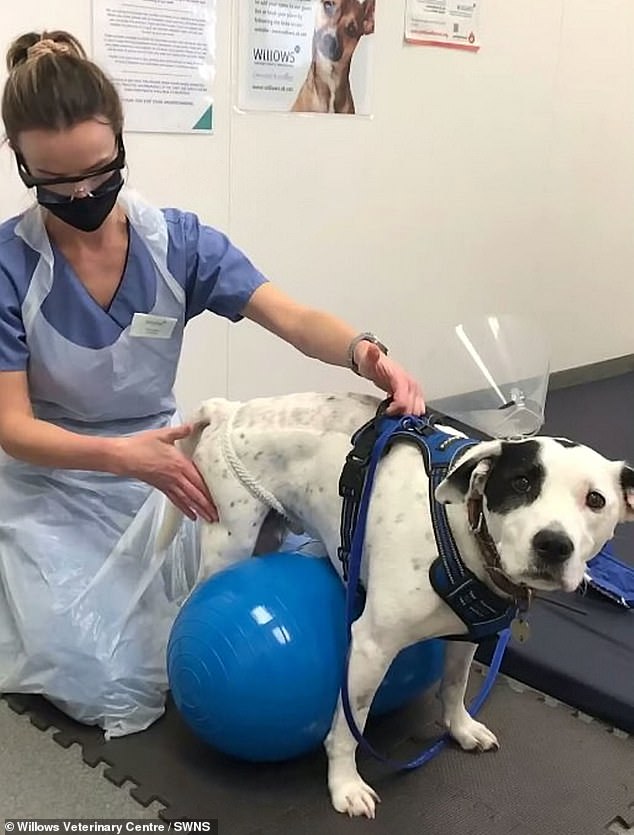 She said: ‘The first challenge was that in the days immediately after surgery Cooper wouldn’t sleep without someone sitting with him, so the nursing and physio team took it in turns to be with him.

‘The biggest challenge, though, was helping Cooper to learn to walk again which required intensive rehabilitation over the next five months, including regular physiotherapy, hydrotherapy, electroacupuncture and medical management.

‘It started with his first tail wag, which happened around three weeks after his injury and was a wonderful moment, a sign that things were working.

‘He then started to move the paw in his left foot, followed by his right leg and eventually he gained enough strength to take steps with support.

‘Finally, five months later Cooper took his first unaided steps, and he continues to improve and grow in strength every week.

‘He’s now able to do most things with a little support from his owners.

‘He is still wobbly but he’s going for longer walks and is back playing with his ball.’