By Sophie Tanno For Mailonline

No one in attendance at the party where Black Lives Matter activist Sasha Johnson was shot have come forward as witnesses.

Detective Chief Inspector Richard Leonard has urged those party guests who have any information to ‘make contact’ with officers.

Sasha Johnson, a mother-of-two, dubbed the ‘Black Panther of Oxford’, was shot in the head at a 30th birthday party in Peckham, south London, last month and remains in hospital in a critical condition.

So far only one person Cameron Deriggs, 18, has been charged in connection with the incident with conspiracy to murder.

Sasha’s mother has called on any witnesses to come forward and speak to authorities. 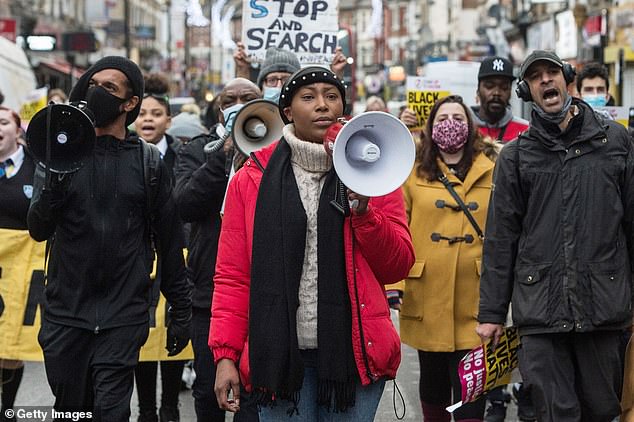 Speaking to the Evening Standard, Inspector Leonard said: ‘When they get there, we’ve got a hugely chaotic situation.

‘People were incredibly upset and in shock. But the reality is nobody who was at that party has come forward to give us a statement or any further information.’

It comes after Ms Johnson’s mother Ellet Dalling, appealed for more witnesses yesterday: ‘What has happened to Sasha has left us devastated. She is currently fighting for her life in hospital with two children asking where their mummy is, what do I tell them? Someone must have information to what happened and to come forward.

‘Sasha is passionate about standing up for others, please come forward and stand up for Sasha. Come forward to help us, I know it is not always easy but imagine if it was your daughter or the mother of your children. I believe there are people out there that can help.’ 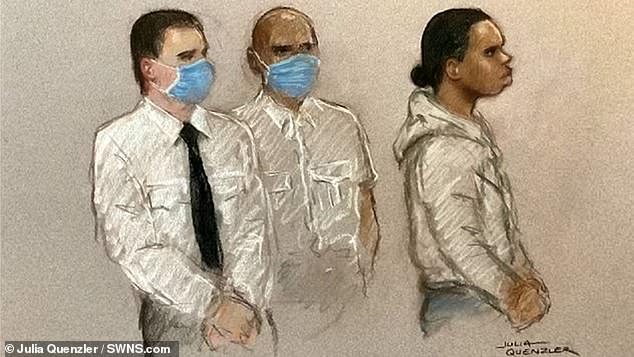 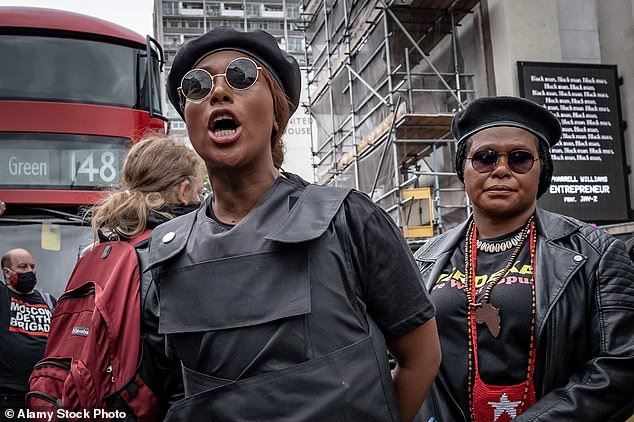 An 18-year-old man has been charged with conspiracy to murder over the shooting of Black Lives Matter activist Sasha Johnson, who remains in a critical condition in hospital, the Metropolitan Police said

Five males were arrested in connection with the incident and four of the suspects were released on bail until a date in late June.

He did not give an indication of plea. 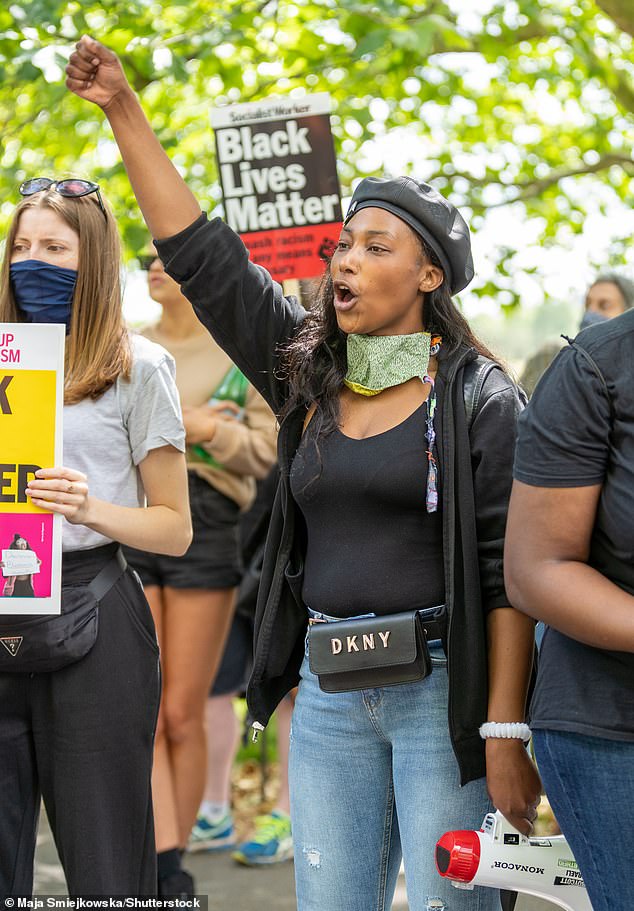 Sasha Johnson, at a meeting point in Hyde Park in London during a Black Lives Matter demonstration in June 2020

Prosecutor Carol Udenze said: ‘This offence happened on May 23 at an address where a lady was shot in the head and another person was shot in the foot – this was at a house party.

‘The crown’s case is that the defendant in agreement with others conspired to murder somebody at that address.’

‘You will be there on June 25, probably by live link, where the judge will want confirmation of your plea and give directions for the smooth running of your case.’