A tech tycoon whose heart stopped beating for 21 minutes has thanked his quick-thinking daughter and ‘hero medics’ for saving his life.

Nicolas De Santis, 54, CEO of Corporate Vision, went into cardiac arrest and collapsed in front of his daughter after brushing off a slight discomfort in his chest as an infection or bad cold.

Thankfully Mr De Santis’ daughter, 22-year-old Alaia, had gone to check on her father in the study of their Mayfair home before they went to dinner, just as his heart stopped beating.

She immediately dialled 999 and followed the advice from the London Ambulance Service who began to talk her through CPR.

The tech tycoon, who shares the west London home with wife Melissa Odabash – an American model whose swimsuit designs have been worn by Beyonce, Rihanna and the Duchess of Cambridge – had considered himself ‘fairly fit’ before the incident. 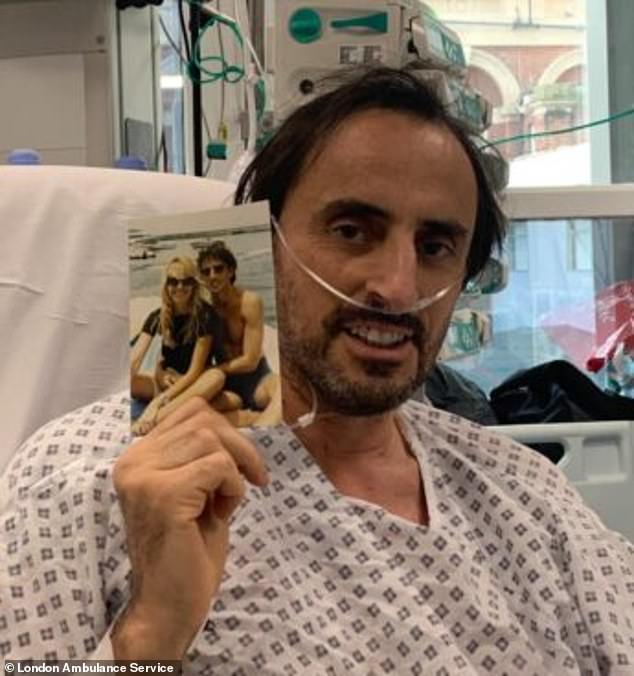 Nicolas De Santis, 54, came close to death after he brushed off a slight discomfort in his chest as an infection or bad cold 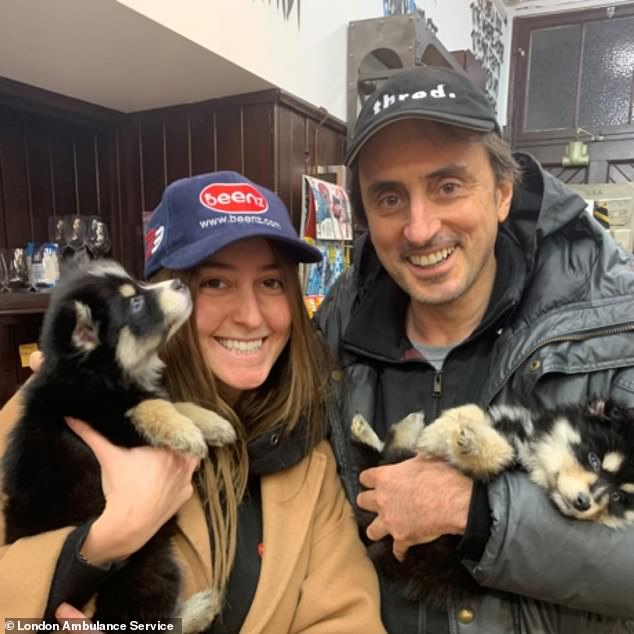 Nicolas De Santis pictured with his daughter, Alaia, 22, was also at home that day in December 2019, and saw her father collapse in front of her 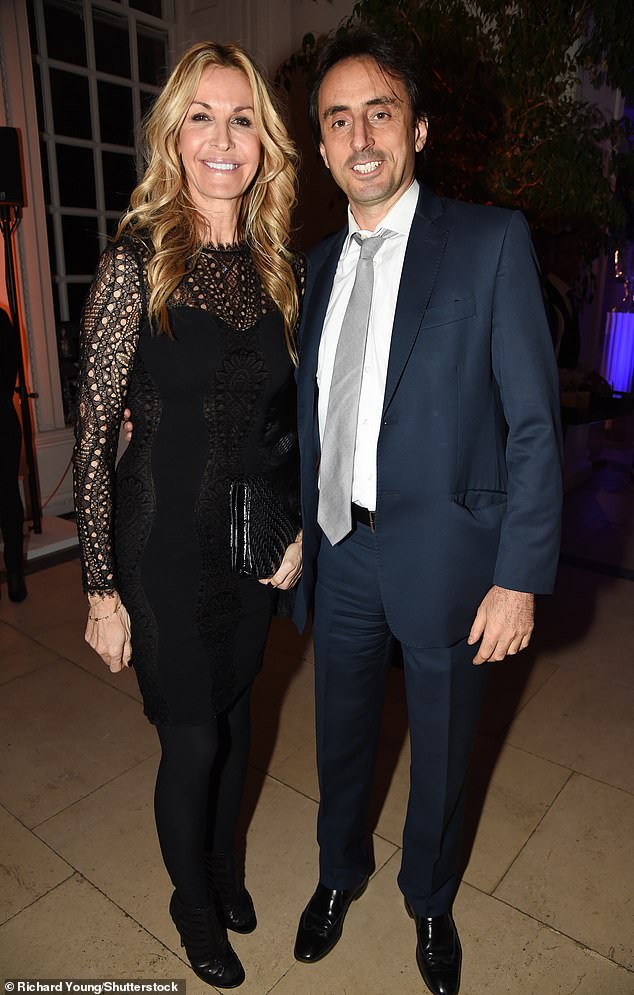 Mr De Santis with his wife Melissa Odabash – an American model whose swimsuit designs have been worn by Beyonce, Rihanna and the Duchess of Cambridge

Miss De Santis said: ‘When I saw my dad collapse, I knew something severe had happened to him.

‘I had never learnt CPR before, but, I knew I had to act quickly as he was not breathing. The call handler kept me calm and helped talk me through what to do.’

Junaid, an Advanced Paramedic Practitioner in Critical Care, recalled that day: ’21 minutes is a very long time for someone’s heart to stop beating.

‘Every second counts when a person is in cardiac arrest and good chest compressions – like those Alaia gave – helps to resupply the heart and brain with vital oxygen.

In hospital, Mr De Santis was put in an induced coma where he spent a month recovering in an intensive care unit.

The doctors said he had suffered a cardiac arrest because of a blocked coronary artery.

He added: ‘I left this life for 21 minutes. I realise how lucky I am to be alive, and life really is much more beautiful than it was before. The way I see it I came back to understand how precious life really is.’

Mr De Santis visited the London Ambulance Service to pay thanks to the ‘humble heroes’.

He said: ‘It has been so important for me to be able to thank them. Without them I’m not sure I would have survived. I call them my ‘humble heroes’, because they really are heroes and so humble.’ 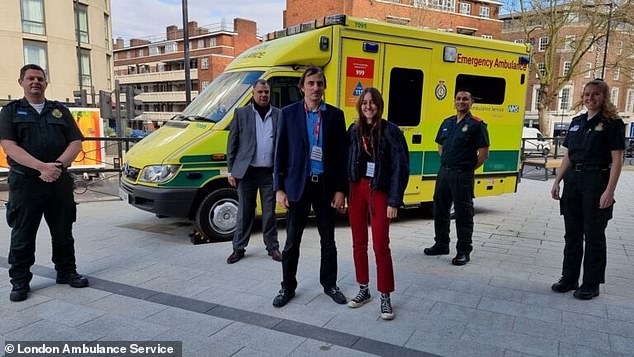 Mr De Santis, the CEO of Corporate Vision, visited the London Ambulance Service to pay thanks to the ‘humble heroes’ (pictured) 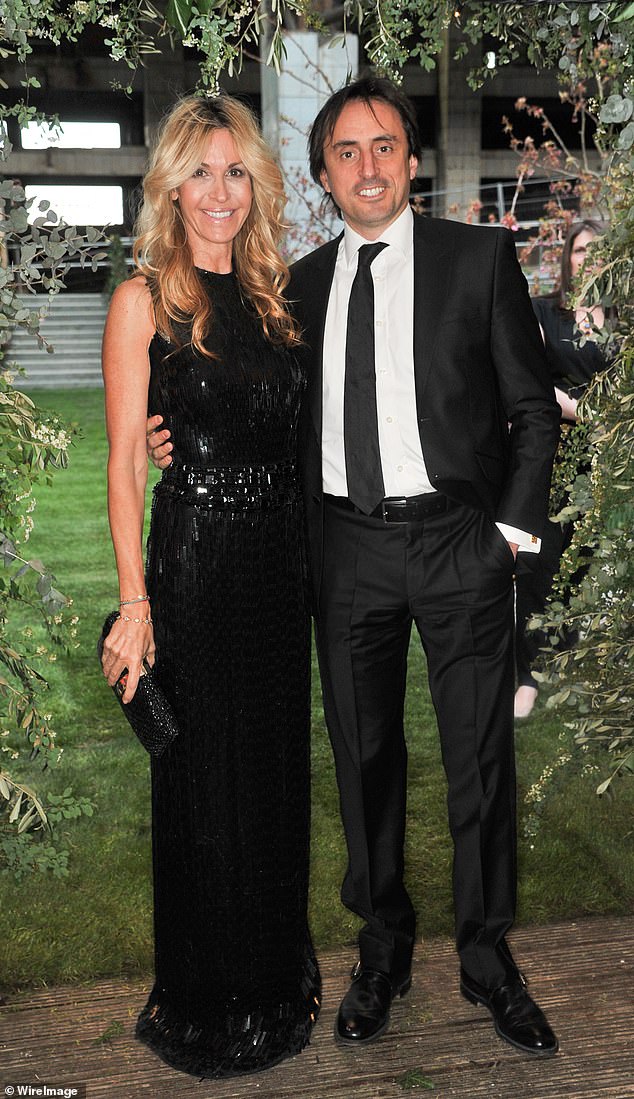 ‘I’m a 54-year-old man, fairly fit, play football every weekend and look after myself with a healthy diet. I never thought anything like this could happen to me. It is totally unpredictable.

‘And that’s the point, you never know who it could happen to or when, so that’s why it’s so important to learn these skills. As sadly, you’re much more likely to have to save someone close to you – a friend or family member.

‘I have said to [my daughter], whatever she wants, she can have.

‘I can’t thank everyone enough for giving me another chance at life and the opportunity to see my daughters grow up, get married and graduate. I am so grateful to everyone that day.’

Miss De Santis, who attended Camberwell Art College, made a name for herself in the art world making Sixties-inspired collages.

HOW TO GIVE CPR DURING THE PANDEMIC:

Cardiopulmonary resuscitation (CPR) can be used to try to restart someone’s heart if it has stopped.

CPR should only be used in an emergency situation if someone is unconscious and not breathing.

People without CPR training should stick to hands-only chest compressions, the NHS says.

Due to the current coronavirus outbreak, there are several important changes to CPR that the Resuscitation Council UK advise.

If you find someone unconscious follow these simple steps:

Step 1: Shake and shout for help. Someone having a cardiac arrest will either not be breathing or they won’t be breathing normally. They also won’t be conscious.

But do not put your face close to theirs to check for breathing or signs of life.

Step 2: Call 999 if the person is not breathing or not breathing normally. Ask someone to get a public defibrillator which are found in public places like train stations.

Step 3: Use a towel or a piece of clothing and lay it over their mouth and nose. Check if they are breathing. If you’re sure the person is breathing normally, then put them in the recovery position.

Step 4: Give chest compressions only – do not give rescue breaths.

Kneel next to the person. Place the heel of one hand in the centre of their chest. Place your other hand on top of the first. Interlock your fingers.

With straight arms, use the heel of your hand to push the breastbone down firmly and smoothly, so that the chest is pressed down between 5–6 cm (2-2.5 inches), and release.

Do this at a rate of 100 to 120 chest compressions per minute – that’s around two per second.

Step 5: Continue until an ambulance arrives or until the person starts to show signs of regaining consciousness, such as coughing, opening their eyes, speaking, or breathing normally.

Step 6: After the ambulance have taken over wash your hands thoroughly with soap and water or use an alcohol based hand gel.