Heartbroken mother of three-year-old girl who developed sepsis while on Australia’s Christmas Island issues an emotional plea from her daughter’s bedside: ‘Please get us home’

The mum of Australian-born Tamil youngster Tharnicaa Murugappan has issued emotional plea from her daughter’s hospital bedside as her little girl fights a blood infection.

There are growing calls for the Biloela family detained on Christmas Island to be resettled in Australia after three-year-old Tharnicaa was flown to Perth Children’s Hospital after being evacuated from the island with her mother Priya.

Ms Murugappan has issued an emotional plea as supporters plan to hold a candelight vigil outside the hospital on Wednesday night. 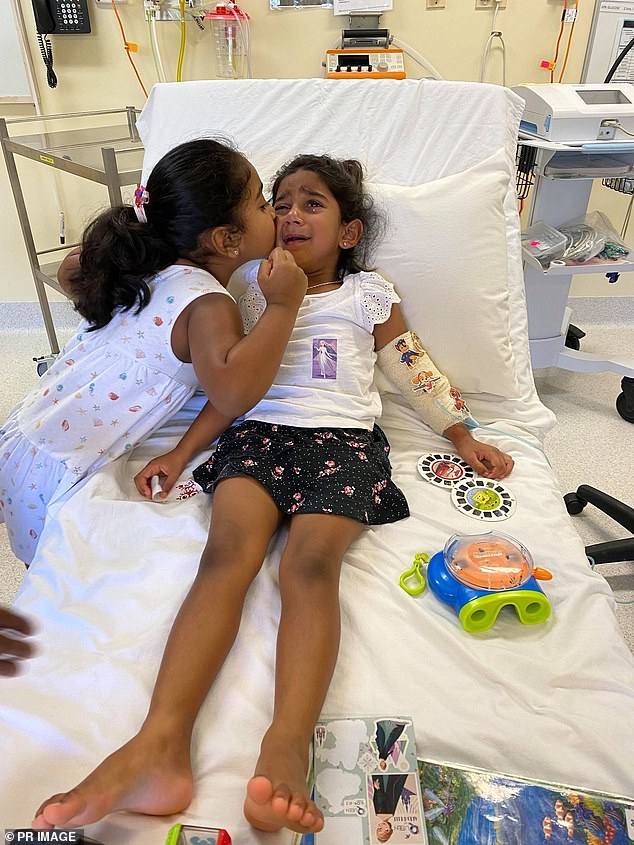 Tharnicaa (right) is currently being medically evacuated to Perth after being hospitalised on Christmas Island with a suspected blood infection.

‘I want to thank everybody for their love and good wishes,’ Priya said in a video message as she cradled her daughter.

‘I hope that Tharnicaa can get the help she needs now. Please, help us to get her out of detention and home to Biloela.’

Priya says her daughter was sick for almost two weeks and that medical contractors at the immigration detention centre repeatedly refused to take her to hospital.

Her potentially-deadly blood infection has been linked by supporters to untreated pneumonia.

Candelight vigils will be held outside Perth hospital on Wednesday evening and at Sydney Town Hall on Thursday.

Family supporter Angela Fredericks said medical arrangements for detainees on Christmas Island, far off the coast of WA, were inadequate and dangerous.

‘From my understanding, this would usually show up as a chest infection, which would then get treated,’ she said. 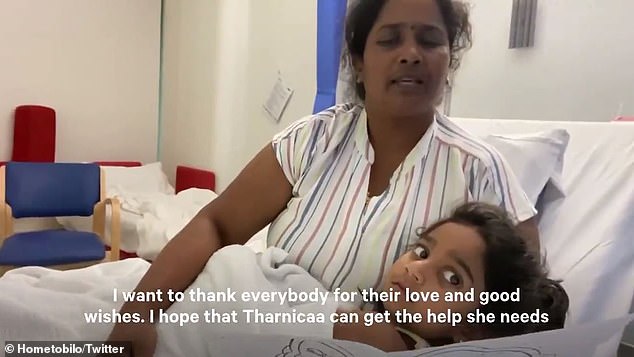 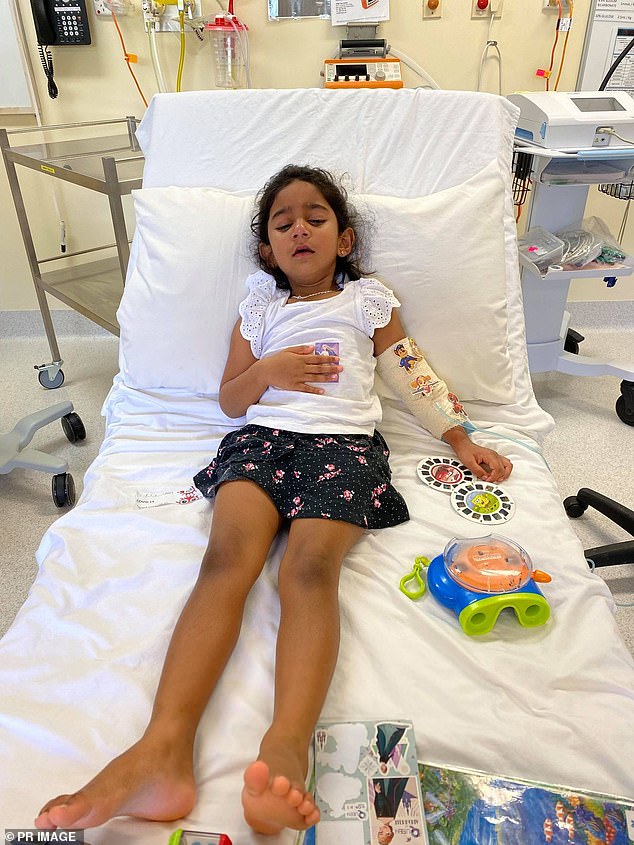 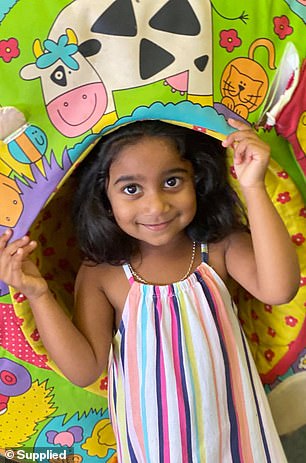 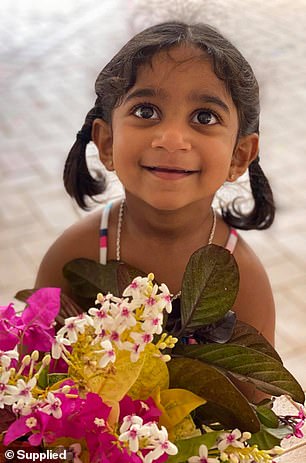 ‘We’ve had two delays in treatment here, which has led to this crisis point.’

The Department of Home Affairs and Australian Border Force said Tharnicaa had been receiving medical treatment and daily monitoring on Christmas Island consistent with medical advice.

‘The Australian Border Force strongly denies any allegations of inaction or mistreatment of individuals in its care.’

Healthcare for detainees was ‘broadly comparable’ with that on the mainland, the official said.

Priya, her husband Nades and their Australian-born daughters Tharnicaa and Kopika, 6, have been in detention since 2018, and on Christmas Island since August 2019.

Home Affairs Minister Karen Andrews said ‘a range of resettlement options’ were under negotiation for detainees.

The government has previously vowed to never permanently resettle anyone who arrives illegally by boat. 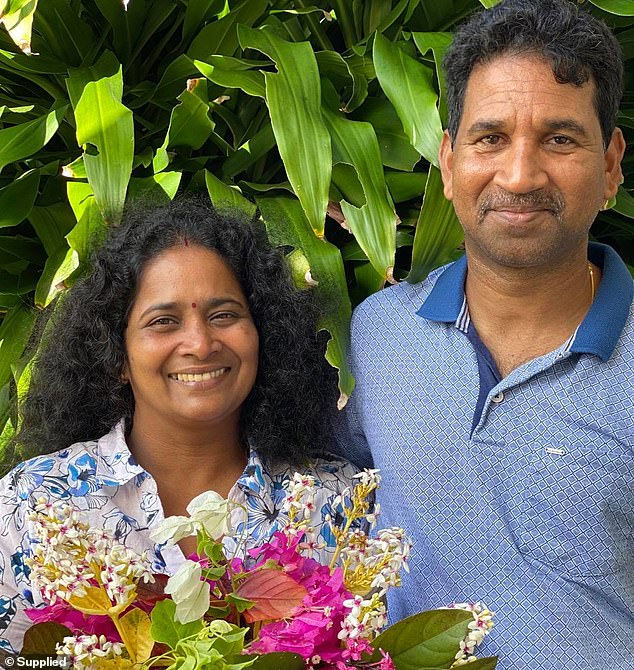