The longtime coach began feeling chest pains during the day and was taken to hospital in Las Vegas by a friend. He later died of a heart attack while under sedation.

John Fassel, Jim’s son and an assistant coach for the Dallas Cowboys, confirmed the news to the Los Angeles Times on Monday and said the family had gathered in Las Vegas.

‘Just a great man, great coach,’ Former Giants defensive end Michael Strahan said of Fassel on Good Morning America. ‘And, he will be missed. But, I was definitely shocked this morning to find out this news and I just wanted to send my love and condolences to his family.

‘I enjoyed every moment with him as my coach, and after my career.’ 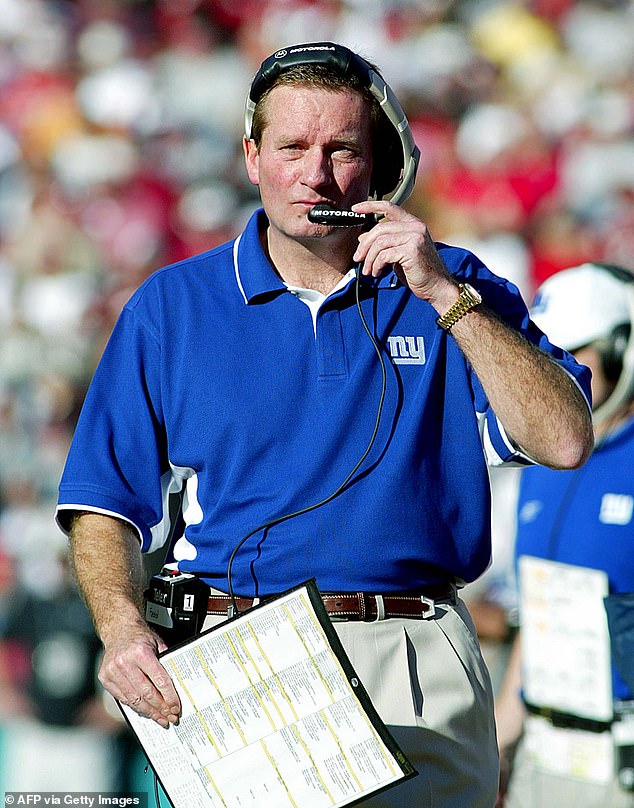 Former New York Giants coach Jim Fassel has died aged 71 after suffering a heart attack on Monday (pictured, during a game against the San Francisco 49ers in 2003) 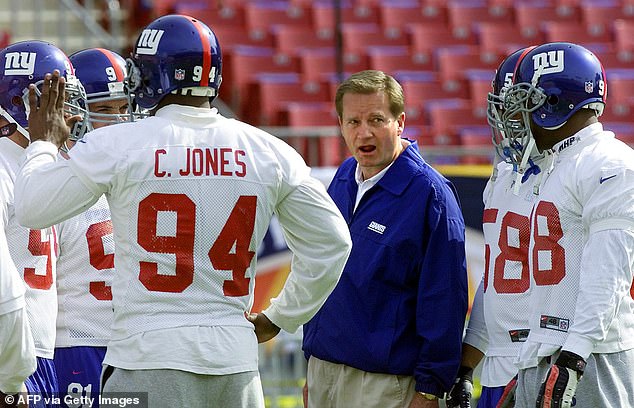 The former NFL coach died from a heart attack on Monday, his son John Fassel has confirmed 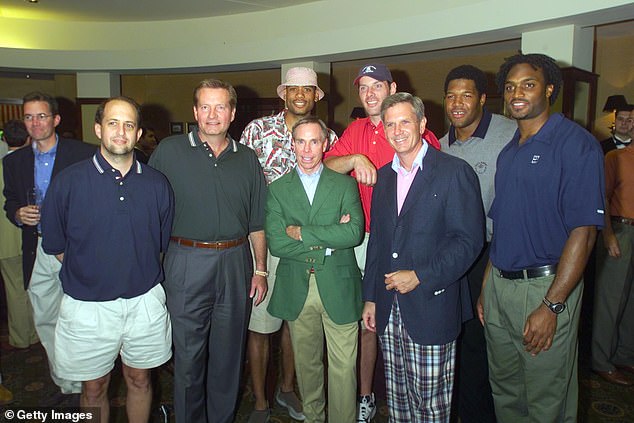 A California native who played quarterback at Fullerton College, USC, and Long Beach State before being drafted by the Chicago Bears in 1972, Fassel’s playing career included several brief stops across various leagues.

In addition to the Bears, San Diego Chargers and Houston Oilers, Fassel also played for the CFL’s Toronto Argonauts and The Hawaiians of the now-defunct World Football League.

From there, Fassel began picking up work as a quarterbacks coach and offensive coordinator at Weber State, Stanford, and Utah, where he later served as head coach. He also had several NFL assistant coaching jobs in Arizona, Oakland and Denver.

After a brief stint as Giants quarterbacks coach in 1991 and 1992, Fassel returned to the team in 1997 to replace head coach Dan Reeves.

Fassel’s tenure in New York was initially impressive. Despite low expectations, he guided the Giants to a 10-5-1 record in 1997 while winning NFL Coach of the Year honors. 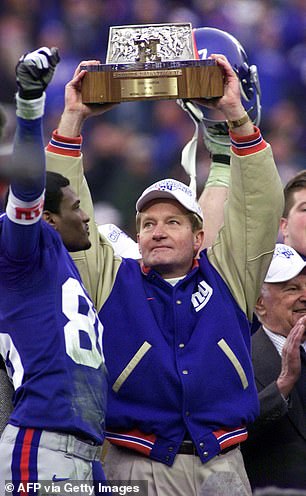 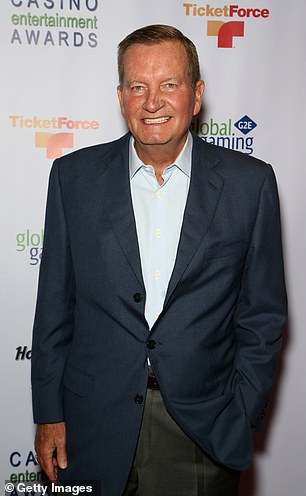 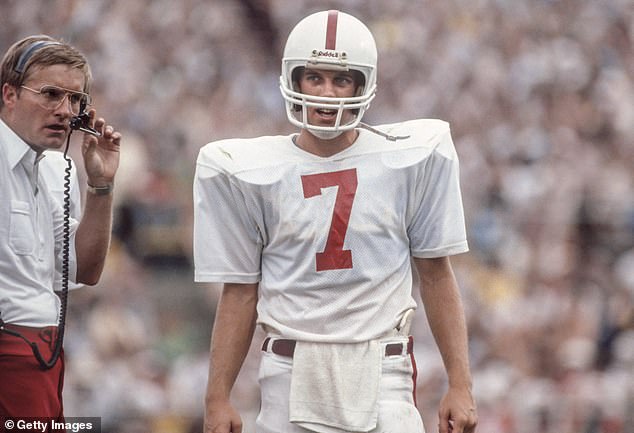 Over his career, Fassel (left) developed the reputation as a quarterback guru after working with top-overall pick John Elway (right) at Stanford in the early 1980s and later helping Kerry Collins resurrect his career with the Giants in the early 2000s

‘I was nervous before the season,’ Fassel told Giants.com in 2014. ‘We were the only team in the NFL unanimously picked last in their division. Well, we ended up 10-5-1, the first team to go undefeated in the NFC East.

‘How did we do it? We had a plus-25 turnover ratio, we were very stingy with the ball, we led the league in 10-play drives, but we weren’t a high-scoring team. We just hogged the ball. Our defense got turnovers, we didn’t turn the ball over and we let other teams beat themselves. That’s still a formula that wins today.’

Three years later, coached the Giants to Super Bowl XXXV, where they were annihilated, 34-7, by a Baltimore Ravens defense that ranks among the greatest in NFL history.

Unfortunately for Fassel, the Giants fell off over subsequent seasons, and he was replaced with Tom Coughlin after the 2003 campaign.

Fassel went on to serve as a Ravens assistant before taking a job as the Las Vegas Locomotives head coach in the now-defunct United Football League.

Over his career, Fassel developed the reputation as a quarterback guru after working with top-overall pick John Elway at Stanford in the early 1980s and later helping Kerry Collins resurrect his career with the Giants in the early 2000s.

‘He was a huge part of my career,’ former Giants backup quarterback and assistant coach Kent Graham told The New York Times in 2011. ‘He was incredibly organized and clear with his players. He didn’t make things more complicated than they had to be.’ 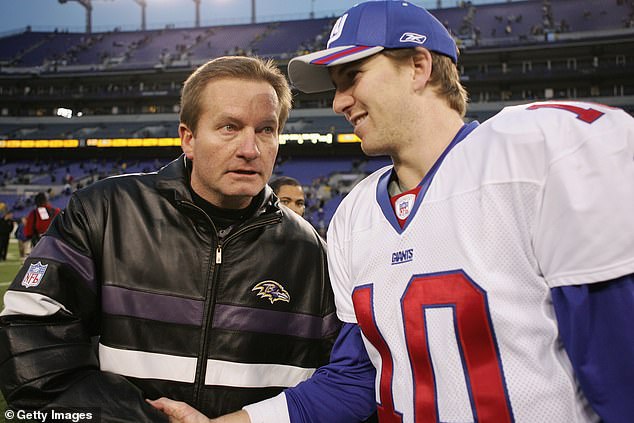