English cricket legend David Gower has slammed the latest investigation into a young player over an historic racist tweet.

Former captain Gower, 64, spoke out after the social media posting was exposed on website Wisden.com.

He was just 15 at the time of the tweet, but the site did include details of the post, including ‘your going out with a asian’ and three hashtags: ‘Asianthroughandthrough’, ‘hweolloo’ and ‘c****y’.

It comes just days after racist and sexist tweets by Ollie Robinson were unearthed which saw him banned ahead of an investigation.

Gower said this morning of the latest player: ‘You learn through your life. I think he knew what he did wrong at the time. He was younger than 16 so can’t be named.

‘An even younger player. Everyone in sport, in life, is looking at Twitter going “I have no idea what I wrote years ago so I best delete it for sure”. Others have deleted theirs to be sure. The ECB should have looked in before it became a storm.

‘If you’re looking through sport as a whole, or business. If you as a young person apply for a job somewhere it’s perfectly possible interviewers look through social media. Try hard not to espouse racist or sexist views. If you do have a moment of unawareness don’t post it on social media.’ 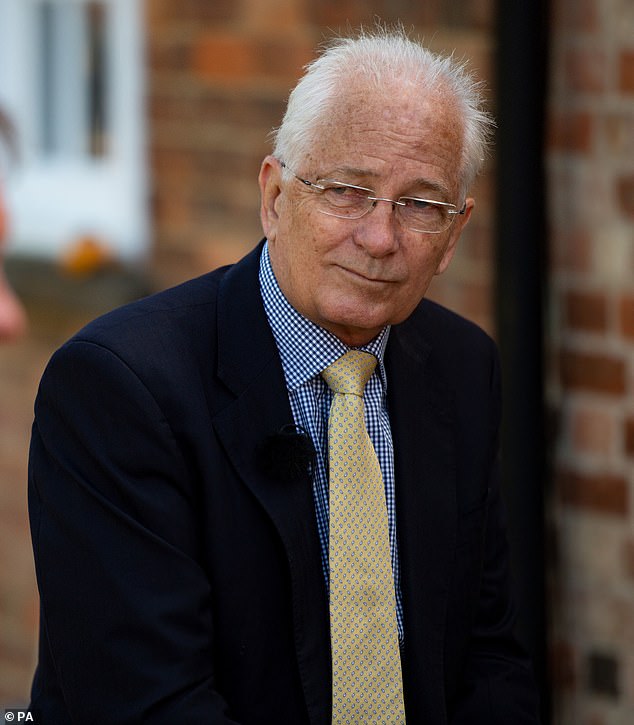 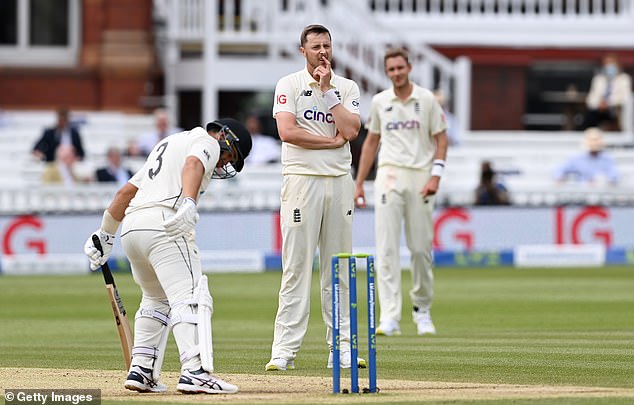 He added to GMB on Robinson: ‘I think it’s heavy handed. I personally don’t see the need to suspend him. He has apologised which is a big start. The whole thing is about education.

‘The whole point is that cricket has tried to play its part to set standards. Racism, misogyny, a long list of things they’re trying to educate people to be aware of. That’s what the players stood for when they put those t-shirts on.

The discovery of another offensive tweet will infuriate ECB bosses, who last Wednesday unveiled their new anti-discrimination drive on the first morning of the first Test against New Zealand at Lord’s.

Meanwhile, Michael Carberry has questioned Ollie Robinson’s future in cricket in light of the historic racist and sexist tweets that led to his suspension for the second Test against New Zealand. 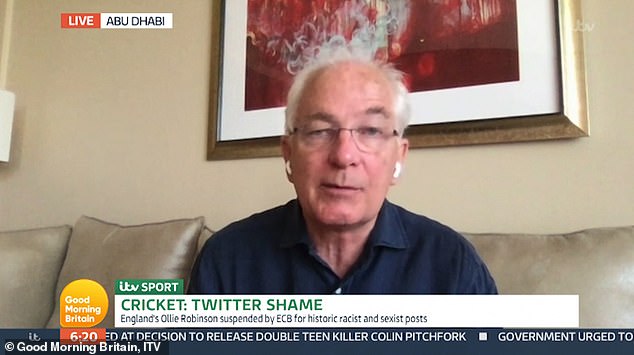 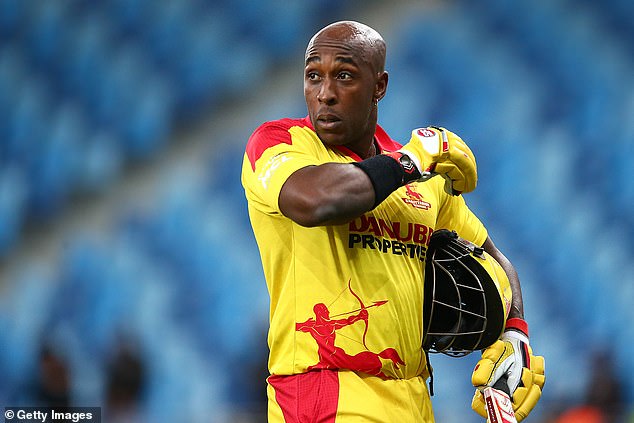 Michael Carberry questioned Robinson’s future in cricket after his suspension

The former England batsman was stinging in his criticism of Robinson and English cricket, which he says has learned nothing from a year when the game has come under attack with repeated allegations of institutionalised racism.

‘I thought, “Here we go again”,’ said Carberry when asked what his reaction was to the emergence of tweets sent by Robinson nine years ago when he was 18.

‘It backs up what I said last year that the game has a massive problem. And until people start to deal with the problem it’s not going away.

‘Good on the ECB for suspending Ollie Robinson but I would ask more questions. Why was this not picked up on years ago? Why has this guy been allowed to get this far in his career and achieved what he has achieved at the highest level?’

Asked by Sky Sports News whether there should be a policy of zero tolerance and that Robinson, who made his England debut at Lord’s, should not play cricket again, Carberry said: ‘Absolutely. If he wants to rehab he should do it on the sidelines.’

Robinson had earlier received backing from the Government when Culture Secretary Oliver Dowden tweeted: ‘Ollie Robinson’s tweets were offensive and wrong. They are also a decade old and written by a teenager. The teenager is now a man and has rightly apologised. The ECB has gone over the top by suspending him and should think again.’

But Carberry said: ‘I have no respect for Oliver Dowden’s comments because this is a bloke who has never been discriminated against.’

England coach Chris Silverwood has refused to give Robinson, who faces the threat of further action from the ECB, any guarantees he will play Test cricket again. Sussex, meanwhile, will decide on Tuesday whether Robinson will play in their opening Twenty20 Blast games later this week.