Sir David Attenborough made a five-year-old’s day by replying to a letter the boy sent him after visiting the star’s childhood home.

Ishaan Radia went for a bike ride around Sir David’s childhood home on the campus of Leicester University.

He then sent Sir David, 95, a letter along with several photos of College House. 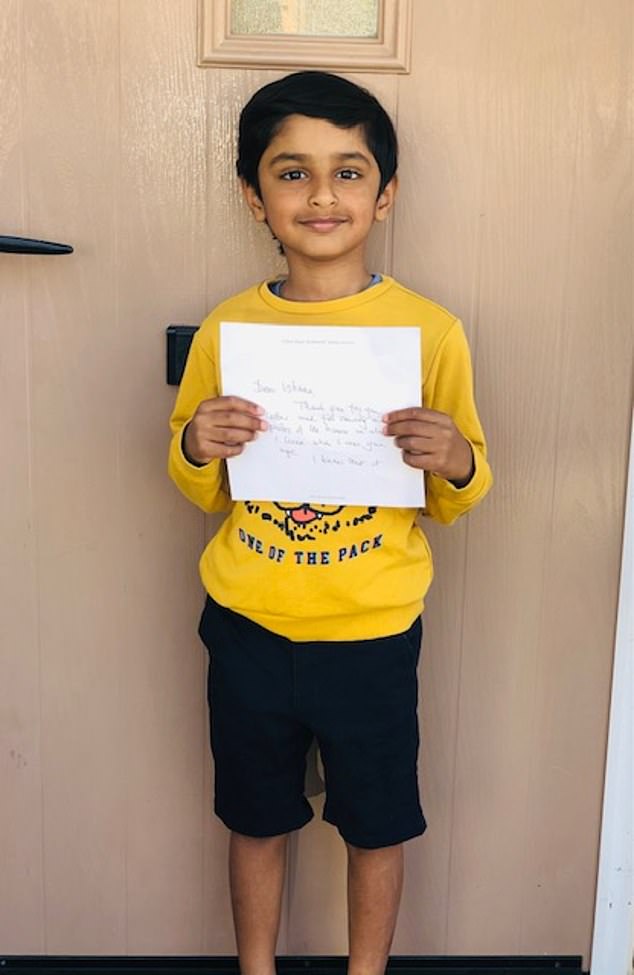 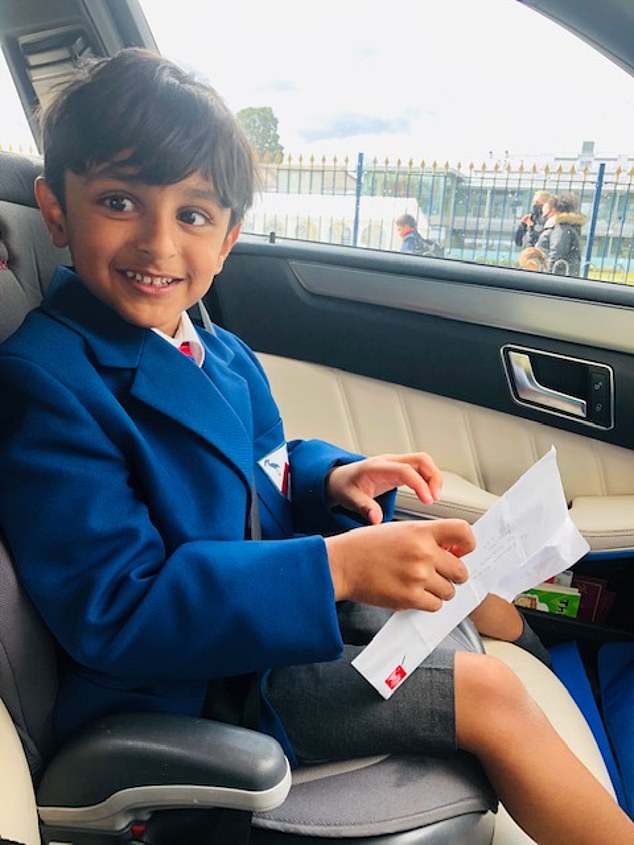 Ishaan’s mum, Priya Radia, 35, took the letter to school for him to open in the car 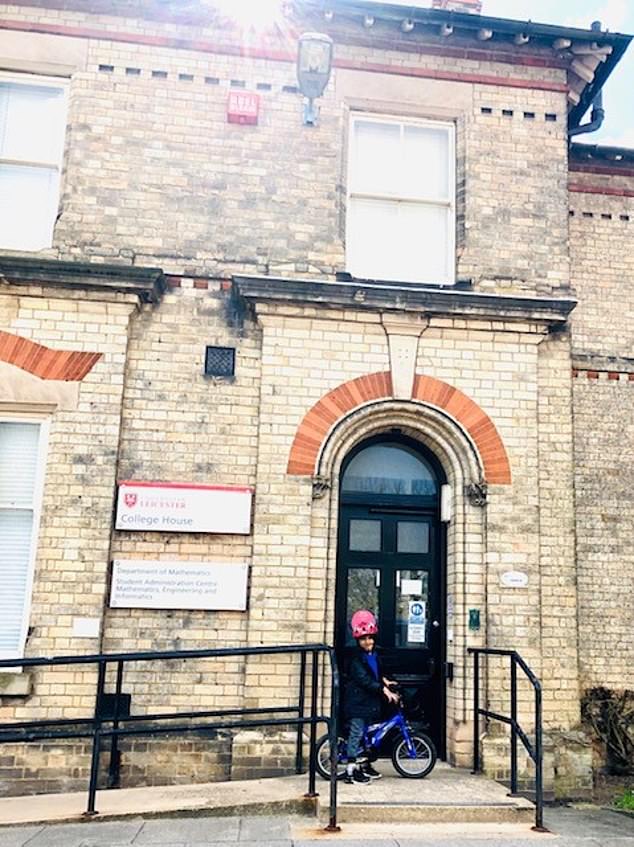 In his letter to the naturalist, Ishaan said: ‘My name is Ishaan Radia. I am five years old and I go to Fairfield Preparatory School in Loughborough.

‘I have a book about you that I love. What is your favourite animal, book and flower?

‘I took a bike ride around your old house in Leicester. I did a show and tell about you.’

Ishaan, who has a one-year-old brother called Rayaan, drew pictures of his favourite flower, the buttercup, at the bottom of his letter.

To Ishaan’s surprise, Sir David replied to the letter containing the photos.

Sir David said: ‘Thank you for your letter and for sending me photos of the house in which I lived when I was your age.

‘I knew that it was my old home as soon as I looked at the pictures.’

The letter from Sir David arrived when Ishaan was at school so his mum, Priya Radia, 35, took the letter to school for him to open in the car.

Mrs Radia said: ‘Ishaan was ecstatic. This was his first ever letter addressed directly to him and for it to be from David Attenborough made it a big moment for him.

‘As he opened it he was so excited and the suspense was palpable.’

When Ishaan opened the letter he said: ‘Mummy I can’t believe it that David Attenborough has actually written back to me!’

Mrs Radia and her husband Vishal Radia, 38, never thought Ishaan would get a response as Sir David receives a lot of fan mail and isn’t able to respond to them all.

Mrs Radia said: ‘I really wanted to open it but my conscience and husband told me I should let Ishaan, after all it was addressed to him.

‘As a family we are thrilled and for it to be handwritten made it that much more special. We will be framing it.’

Ishaan, who is in reception at Fairfield Preparatory School in Loughborough, took inspiration from a biography about Sir David for young children called ‘Little People, BIG DREAMS – David Attenborough’.

‘Little People, BIG DREAMS’ is a series of books created by author Maria Isabel Sanchez Vegara that explore the lives of outstanding people.

Mrs Radia said: ‘The first page mentioned that Sir David lived in Leicester and particularly on campus at Leicester University. Ishaan instantly asked if we could visit. 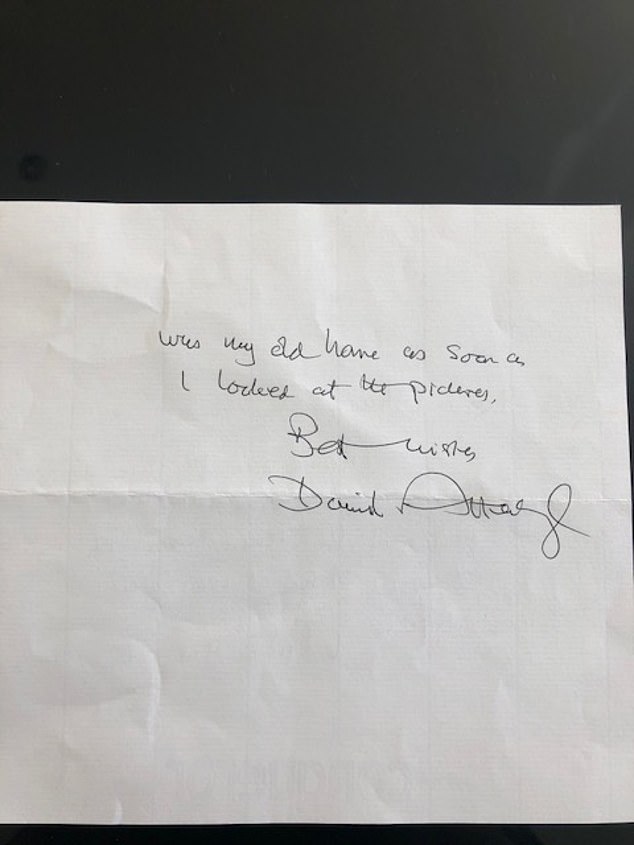 Sir David said: ‘Thank you for your letter and for sending me photos of the house in which I lived when I was your age’ 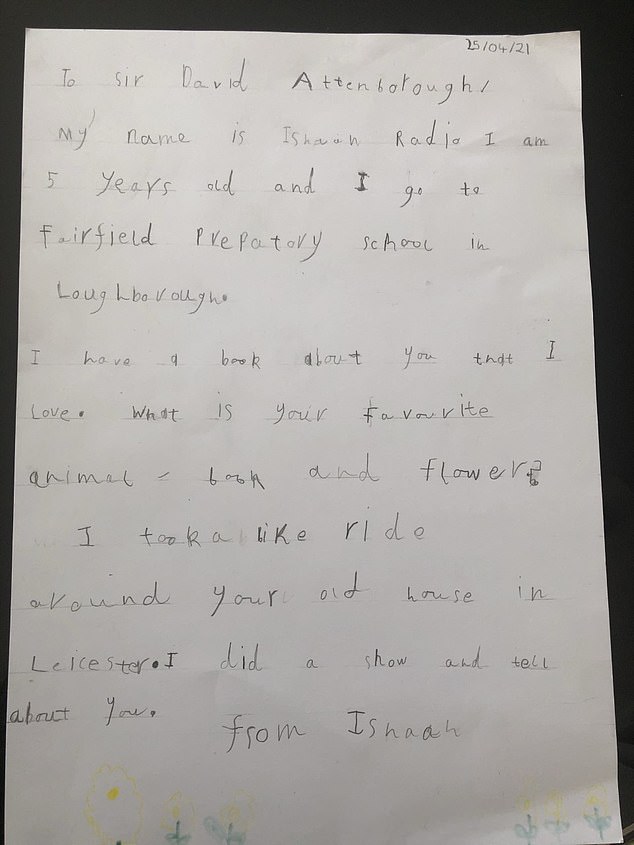 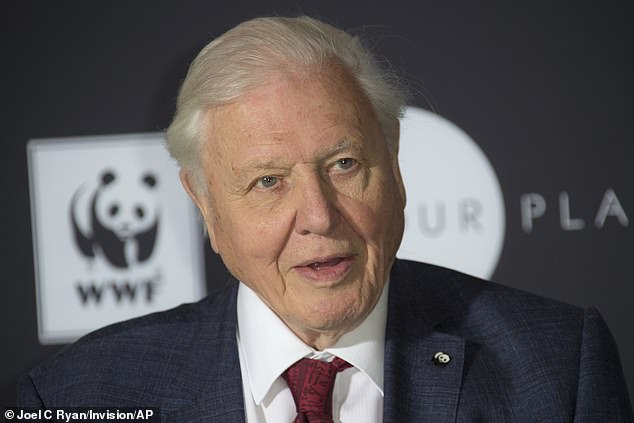 ‘A friendly caretaker at the university directed us to where the house stood. While we were there Ishaan said “Mummy I wish I could talk to him”.

‘Obviously this is not possible and so I responded “maybe write to him and he may write back” not for a minute thinking he would and hoping soon Ishaan would forget.’

Instead Ishaan thought about what he would like to ask Sir David.

Once he finished writing the letter, Ishaan and his dad walked to the post box.

Mrs Radia said: ‘Receiving a letter from Sir David has inspired Ishaan immensely and taught him that anything is possible.

‘It has also encouraged him to practice his writing skills.’

Sir David grew up in College House on the campus of Leicester University, where his father, Frederick, was principal.

When the Attenborough brothers first moved to the house, Richard was eight, David was five and youngest brother John had just turned four.

Sir David’s childhood in the grounds of the university contributed to his early interest in the natural world where he came into contact with archaeologist Jacquetta Hawkes and conservationist Grey Owl (Archibald Belaney).

The interior of College House no longer bears any resemblance to when the Attenborough’s lived there, aside from the main staircase.