BREAKING NEWS: Four crews attend scene of a FIRE near Southend United’s home ground Roots Hall… with people asked to avoid the area and to keep doors and windows closed if they live nearby

Four crews are attending the scene of a fire on Monday evening near Roots Hall, the home ground of Southend United football club.

Photos emerging on social media from the area show thick black smoke coming from a building on Roots Hall Avenue, near the 12,000-capacity stadium.

At least four fire engines are in attendance, with other images appearing to show a pile of waste on fire at the site. 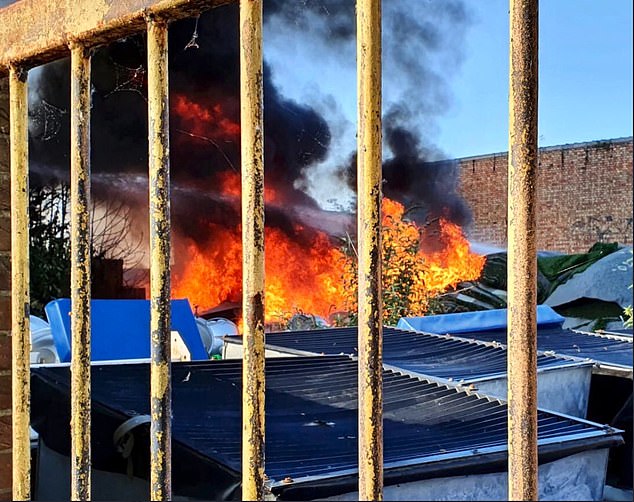 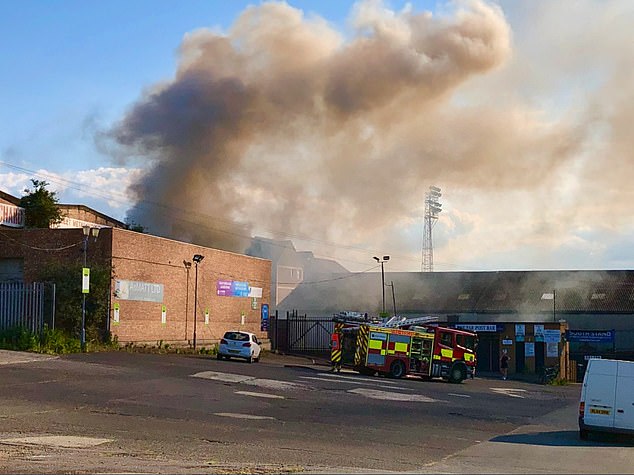 Essex County and Fire Rescue Service said the blaze at a commercial premises and began at 5:45pm.

A spokesman said: ‘Firefighters have been called to reports of a fire at a premises in Victoria Avenue, Southend this evening.

‘Please avoid the area. If you live nearby, keep windows and doors closed.’