Florida man, 28, is arrested after ‘plowing into pedestrian and dragging his body half a mile before dumping it behind a bait shop and telling friends he hit a DEER’

By Brian Stieglitz For Dailymail.Com and Associated Press 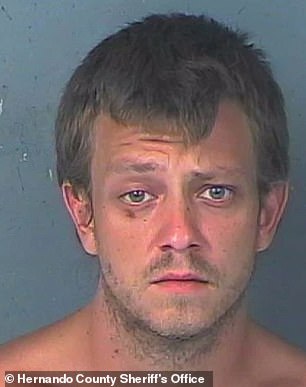 Joseph Charles Strickland was arrested after allegedly hitting a pedestrian with his car and hiding the remains behind a bait shop.

A Florida man has been arrested for allegedly hitting a pedestrian with his car, dragging the body roughly a half mile and hiding the remains behind a bait shop.

Joseph Charles Strickland, 28, of Weeki Wachee, was driving a 1995 red Mazda MX-6 westbound on Cortez Boulevard in Hernando County, Florida, shortly after midnight Sunday when he slammed into a 32-year old man,  according to Florida Highway Patrol.

Authorities said Strickland continued driving for roughly half a mile until he reached the Dixie Lee Bait Shop.

He dumped the remains of the body behind the bait shop and called his roommates to help him push his car 1,000 feet down the road to his home.

His roommates complied, under the impression that Strickland just hit a deer, according to a highway patrol statement.

However, once Strickland got to his house, he spray-painted his car to hide the damage.

One of his roommates saw it later that morning and called police, telling them that it didn’t seem like damage caused by a deer. Concurrently, police also discovered a severed leg on the side of the road near the Dixie Lee Bait Shop. 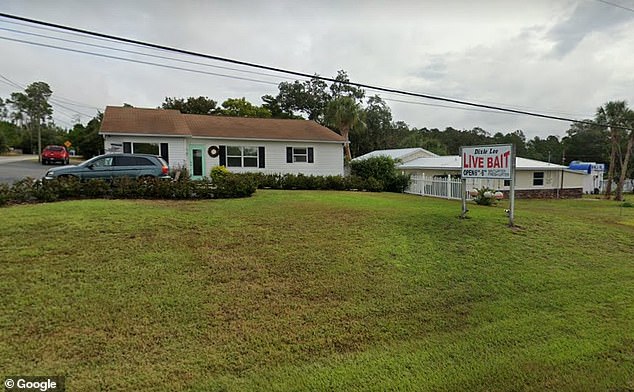 Police in Hernando County, Florida, found most of the remains of the pedestrian Strickland allegedly hit behind the Dixie Lee Bait Shop.

Investigators used a cadaver dog to sniff out the scene and soon discovered the rest of the body behind the bait shop.

Police went to Strickland’s house to question him, but he tried to flee the scene until deputies from the Hernando County Sheriff’s Office stopped him, the statement said.

Florida High Patrol Troopers are still investigating the crash and have closed Cortez Boulevard in both directions from Commercial Way to the Environmental Center.

Strickland was arrested on charges including leaving the scene of a crash involving death, tampering with evidence and having no valid driver license or insurance.

Detectives later connected him with an incident that occurred in Dakota County, Minnesota, last year.

Strickland, then-26, was going 86 mph in a 60 zone when Minnesota state police began following him, according to KSTP-TV.

He allegedly tried to pass a semi-truck and another car before swerving into a third vehicle and rolling multiple times into a ditch.

He and two of his passengers suffered non-life-threatening injuries, but a third passenger, 17-year old Rebecca Perry, of Hastings, Minnesota, was left in critical condition.

Strickland’s bond is set at $200,000 under the condition that he doesn’t operate a vehicle again.

It was not immediately known whether Strickland has a lawyer who can speak on his behalf.