Sir Mo Farah in danger of missing out on Tokyo Olympics spot after he FAILS to make qualifying time and finishes EIGHTH in 10,000m race at British Championships

Mo Farah missed the chance to book his spot at the Tokyo Olympics at the British 10,000m Championships.

The four-time Olympic champion finished eighth in the 10,000m in 27 minutes 50.54 seconds as Marc Scott, who came seventh, took the British title.

France’s Morhad Amdouni won and Farah now faces a race against the clock as he needs to get the Olympic qualifying time of 27 minutes 28 seconds to guarantee him the chance to defend his 10,000m title. 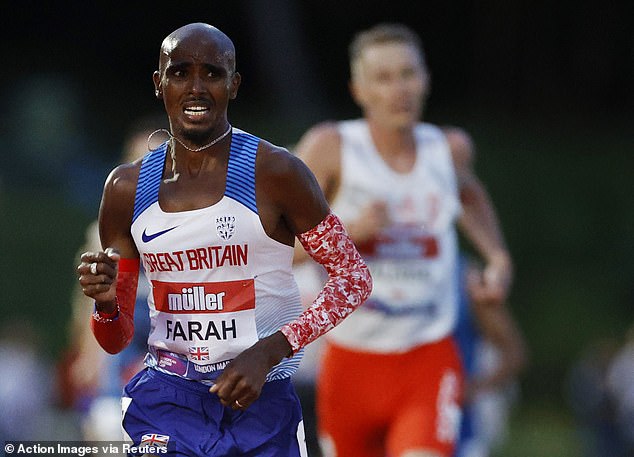 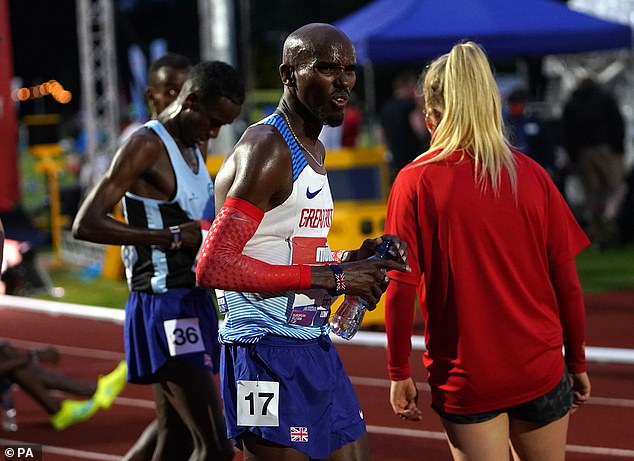 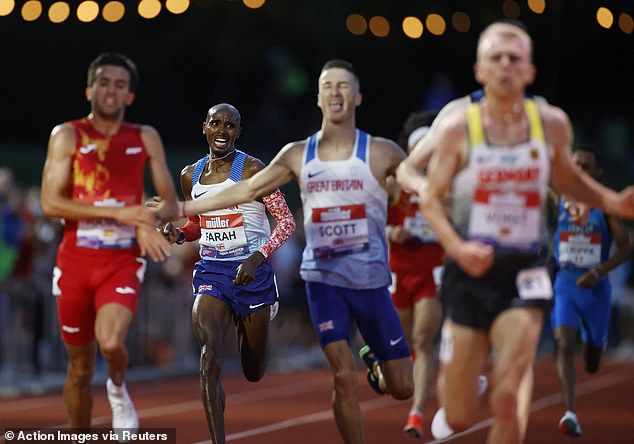 The 38-year-old finished in eighth place in the 10,000m, behind fellow Brit Marc Scott