Kieran Tierney has revealed he ‘feared the worst’ after suffering a knee injury with Arsenal just two months before Euro 2020.

The Gunners star limped out of their game against Liverpool on April 3 with knee ligament damage and was initially expected to be out for at least four to six weeks, but he recovered well and was playing matches again about a month later.

And the former Celtic defender told Sky Sports the injury had genuinely put his Euro 2020 future in doubt. 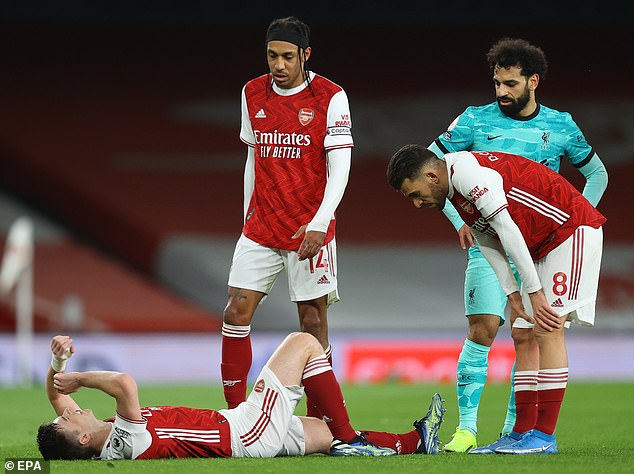 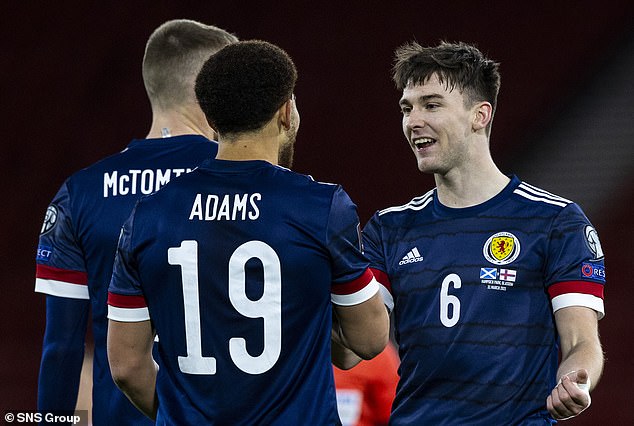 He said: ‘When I got injured, I feared the worst. I feared my season was over. But I worked hard, I worked very hard to get back. I played a European semi-final four-and-half weeks after which is a great recovery time for the injury that I had.

‘Usually, it would be about six weeks. But to get so many games in before coming out with Scotland is going to benefit me hopefully.’

Tierney, 24, traditionally a marauding left-back, is mainly used by Scotland as a left centre-back to accommodate captain Andy Robertson at left wing-back, and the 20-cap international opened up on the difficulties of the positional switch. 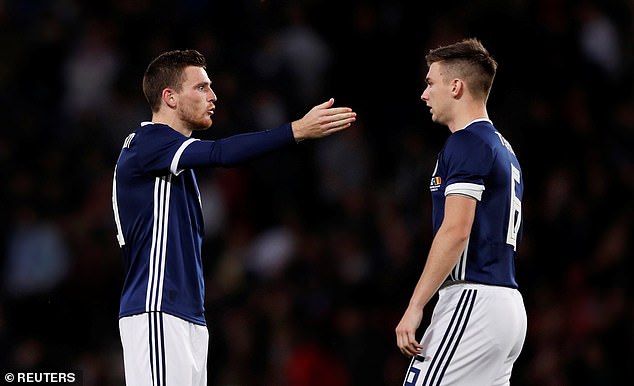 He added: ‘I am enjoying it a lot. It is the most consistent I have been in the squad and playing since my debut. I am working hard on it. Obviously, it doesn’t come too natural for me to play centre-back as I have been high and wide my full career.

‘But it is something I have been willing to do for the team. I kind of know when I come with Scotland that I will be playing out of position, so it is basically getting used to it.’

Steve Clarke’s side, currently at a training camp in Spain to prepare for the tournament, face Luxembourg on Sunday in their last match before the tournament.