‘You deserve to be treated well in your new challenge’: David de Gea sends message to Sergio Romero as his Man United exit is confirmed months after players were ‘disappointed’ over club’s treatment of the keeper for pricing him out a move last summer

David de Gea says fellow goalkeeper Sergio Romero deserves ‘to be treated well’ at his next club following his departure from Manchester United.

It was announced on Friday that Romero, who joined United in 2015, will be released when his contract expires at the end of this month.

Romero made 61 appearances for United but didn’t play at all during his final season at the club. 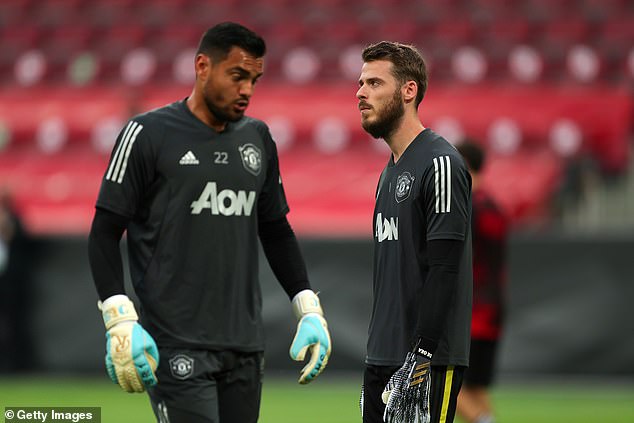 De Gea wrote on Instagram: ‘Good luck, Chiqui! I wish you success, my friend. You deserve to be treated well in your new challenge. Enjoy.’

Romero was left frustrated after United refused to let him secure a move away last year.

United refused to sell the shot-stopper for less than £10million, which meant that a move to Everton failed to materialise. 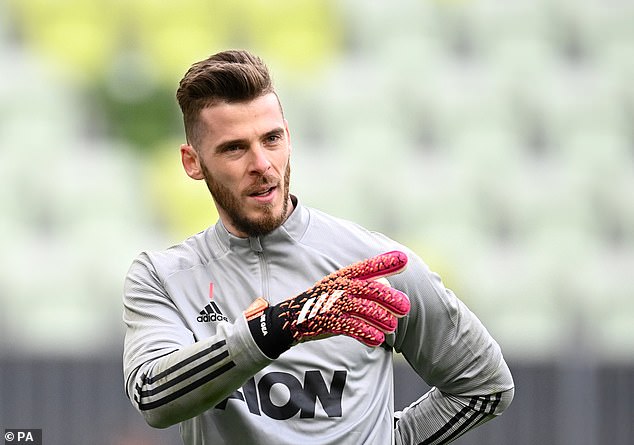 de Gea, whose own United future is uncertain, wishes Romero good luck in his new challenge 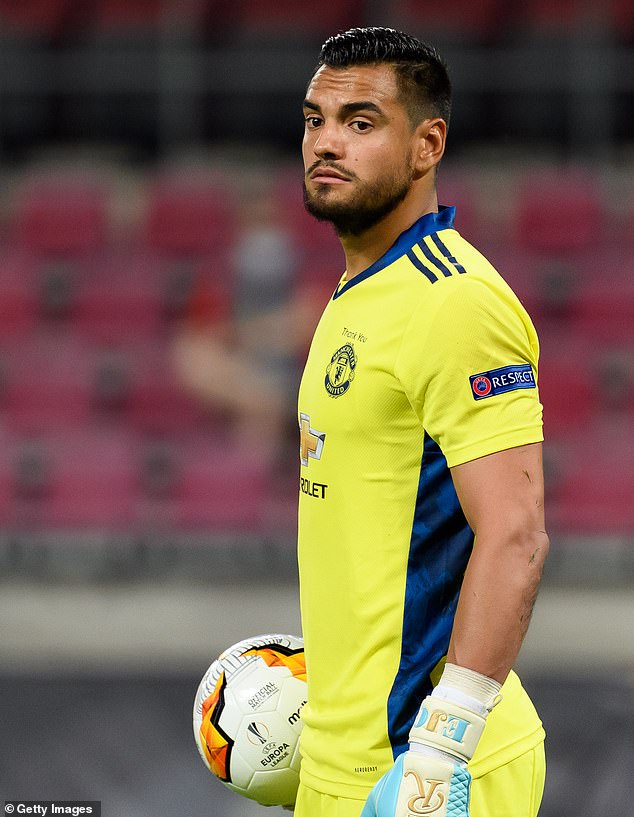 It was reported by ESPN in October last year that a number of United players had expressed their frustration with the way in which Romero had been treated.

Romero was part of the United side that won the Europa League in 2017, but he made just seven Premier League appearances during his time at the club.

There remains uncertainty regarding de Gea’s future at Old Trafford, with Dean Henderson looking to fully  establish himself as United’s first-choice goalkeeper.