A punter was lured into Crown Melbourne with free tickets to a Phil Collins concert before he gambled away $30,000, a royal commission has been told.

The royal commission was set up by the Dan Andrews Labor government after a NSW inquiry found Crown unsuitable to run its newly built casino in Sydney’s Barangaroo.

Counsel assisting Geoffrey Kozminsky on Friday said the Southbank casino offered its customers a range of prizes and giveaways, all with a mind to increasing how often and how long they spent gambling.

‘Nothing is for free,’ the problem gambler told the inquiry into whether Crown can keep a licence for its Melbourne operations.

‘It’s all calculated, it’s pretty smart. They know how to play you and they play you quite well.’ 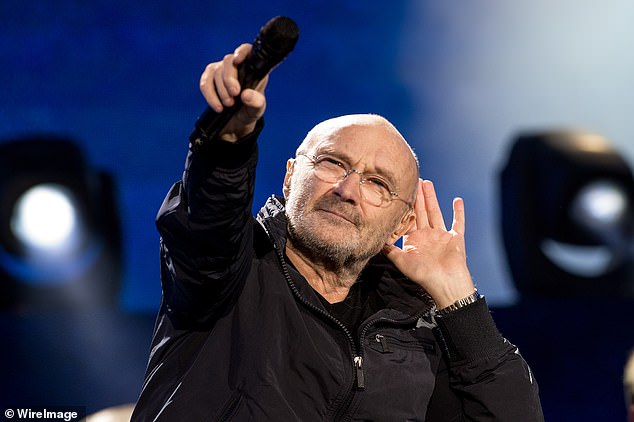 A punter was lured into Crown Melbourne with free tickets to a Phil Collins concert before he gambled away $30,000, a royal commission has been told 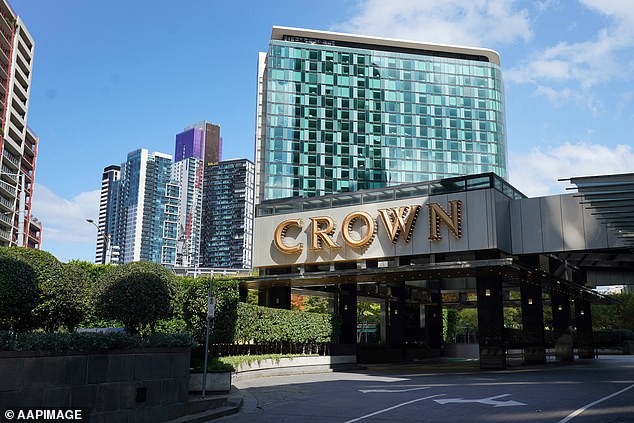 Mr Kozminsky asked Crown’s marketing chief Nicolas Emery whether having the man gamble away $30,000 after entering the casino to pick up his tickets was a ‘successful outcome’ for the casino.

Crown spends about $500 million on promotions each year, Mr Kozminsky told the inquiry, with the ‘primary objective’ simply getting people inside the building.

He added that people who gamble at Crown Melbourne are three times more likely to experience problem gambling than those who use other venues in Victoria.

But Mr Kozminsky said Crown only spent $1.9 million on tackling problem gambling in 2019, a figure he dismissed as a ’rounding error’ compared to their marketing expenditure.

He also said only 616 of the casino’s estimated 23 million visitors were blocked from its promotions in 2019, after either excluding themselves or being identified as problem gamblers. 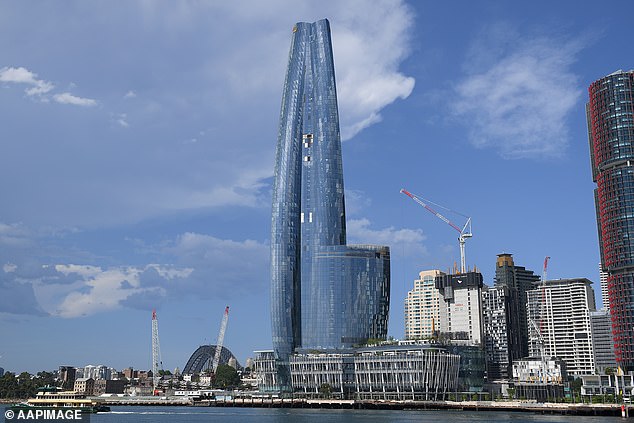 Mr Emery said Crown does not consider whether its customers can actually afford to gamble at the levels needed to qualify for its perks and giveaways when the casino sends out promotional materials.

The marketing chief also revealed he had not re-read Crown’s Responsible Gaming Code Of Conduct since a brief training session when he joined the group in January 2018.

He said the Southbank casino’s poker machines could be used 24 hours a day, with many of them spinning faster and accepting of larger bets than those in pubs and clubs.

‘The casino has one particular operating environment; industry has another,’ Mr Lucas told the inquiry.

‘We need consistency between what occurs in the casino and what occurs in pubs and clubs. That would be a good starting place for preventing and reducing gambling harm.

Crown Melbourne allowed a patron to gamble for 34 hours straight before making the VIP take a break, the inquiry was told earlier this week.

It was also revealed that staff currently encourage gamblers to take a break only after 12 hours of continuous play.

And while no ATMs are permitted on the gaming floor, Crown Melbourne customers can withdraw up to $200 in cash with every drinks purchase at the bar.

The Victorian inquiry continues on Monday.