Fisher-Price is recalling thousands of its baby Glide Soother products, after four infants were found dead from suffocation while using the products.

According to the United States Consumer Product Safety Commission, the infants were placed on their backs unrestrained in the 4-in-1 Rock ‘n Glide Soothers, and were later found on their stomachs. 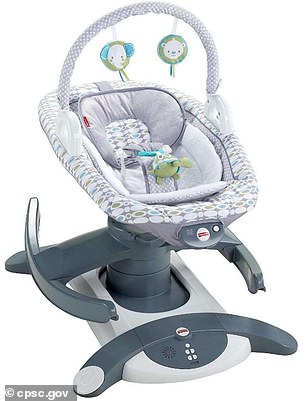 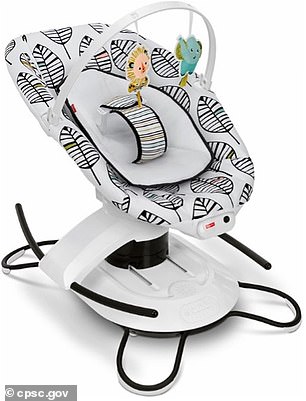 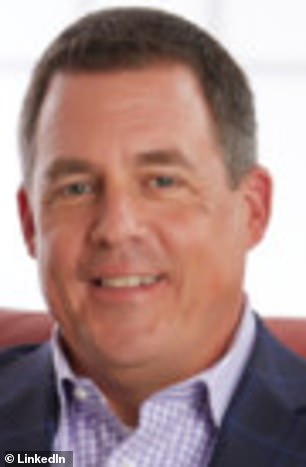 Chuck Scothon, general manager of Fisher-Price, said the products were safe to use if parents and guardians followed the safety warnings and instructions

‘These types of incidents are heart-breaking,’ said Acting Chairman Robert Adler. ‘Loving parents put their babies in these products, never expecting a tragedy.’

‘There is nothing more important to Fisher-Price than the safety of our products and the trust that families put in us,’ General Manager Chuck Scothon said in a statement. ‘These incidents are indeed heart-breaking.’

He added: ‘We are committed to educating parents and caregivers on the safe use of all our products, including the importance of following all warnings and instructions to ensure the health and safety of babies and children.’

The company is also recalling its 2-in-1 Soothe ‘n Play Gliders.

No fatalities have been reported with these products, but a spokesperson told NBC they were ‘proactively included in this recall due to its similarity to the 4-in-1 Rock ‘n Glide Soother.’

Both products have two modes: a power-glider seat and an infant rocker. In both modes, the CPSC said, the products can move in a head-to-toe or side-by-side motion.

‘Both are safe products when used in accordance with safety warnings and instructions, but we believe that the voluntary recall of the products is the right course of action to reduce the risk of additional occurrences,’ the spokesperson said in an emailed statement to the news station.

Briana Nissen took to Twitter following the announcement to share her thoughts on the recall, after buying a Baby Glider for her expected baby son, saying she ‘knew I should’ve just bought the 4moms swing lol.’ 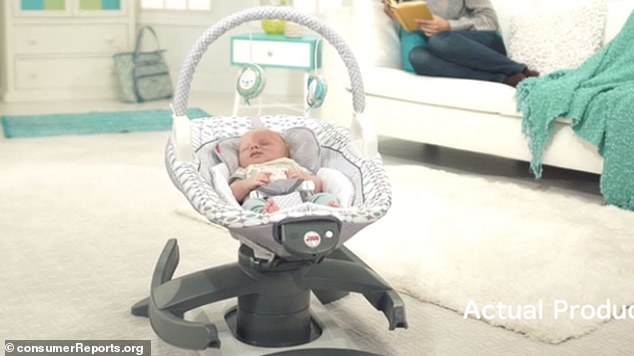 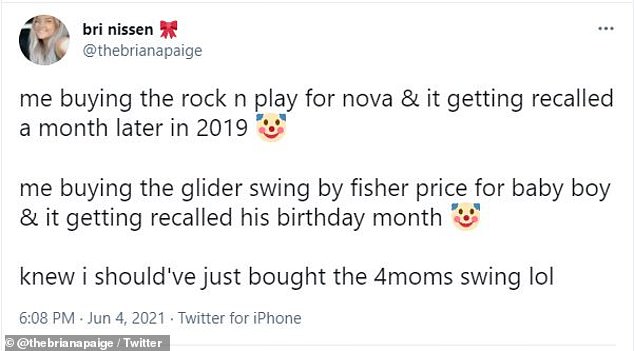 The Consumer Product Safety Commission announced on Wednesday it will now set standards for these types of products, effectively prohibiting these potentially hazardous sleep products for infants under 5-months-old.

Roughly one in three American families own one of these infant sleepers, the CPSC reports, and William Wallace, manager of safety policy for Consumer Reports said: ‘Anyone who owns one of the recalled products should take action right away and Fisher-Price should make it as easy as possible to do so.’

He added, ‘We urge every manufacturer to immediately recall all products marketed for infant sleep that don’t actually align with expert medical recommendations.’

Consumer Reports issued a recall on the Gliders last year, according to CBS News, and Nancy Cowles, executive director of Kids in Danger, a nonprofit that advocates for child safety in products told NPR: ‘We just wish that these products were made in such a way that they either were not used for sleep because the design discouraged it or were safe for sleep, and not this in-between where if you leave a baby sleeping in it they can get themselves in an unsafe position and suffocate.’

In 2019, Fisher-Price recalled about 4.7 million Rock ‘n Play baby sleepers, following reports of more than 30 infant deaths over the previous decade, and Scothon and Ynon Kreiz, CEO of Fisher-Price’s parent-company Mattel, are due to appear in a House Oversight Committee hearing into the deaths from the Rock ‘n Play next week.

Anyone with a Glide Soother is urged to contact Fisher-Price for a refund, either by visiting service.mattel.com or calling (855) 853 – 6244.