By Glen Owen Political Editor For The Mail On Sunday

It is the dilemma faced by every Prime Minister contemplating a reshuffle: is it too dangerous to sack a Minister because of the destabilising threat they would pose from the backbenches?

As Boris Johnson sketches the outlines of his first Cabinet shake-up since the pandemic struck, Education Secretary Gavin Williamson is being widely tipped for either demotion or the sack after a series of missteps during the Covid crisis. Former Chancellor Sajid Javid is the front-runner to replace him.

But No 10’s plans, which are likely to be put into effect in the autumn, have been complicated by claims – which Mr Williamson strongly denies – that he has been telling friends about the ‘things I saw’ when he was running Mr Johnson’s leadership campaign in 2019. 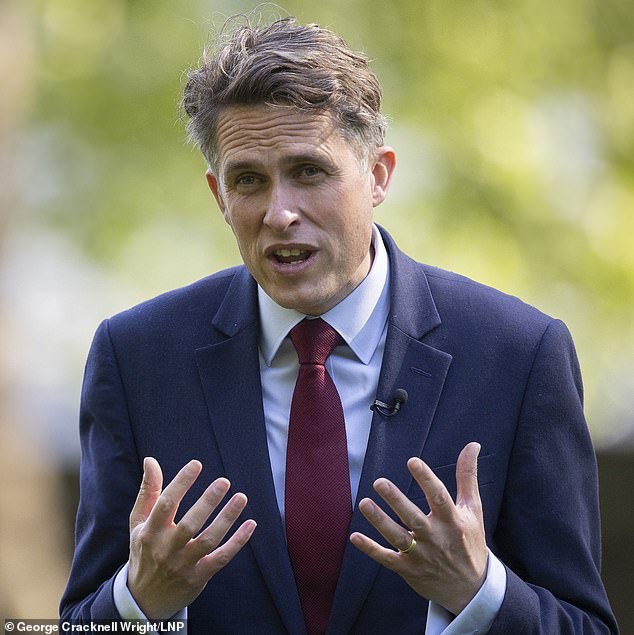 Education Secretary Gavin Williamson is being widely tipped for either demotion or the sack after a series of missteps during the Covid crisis. Former Chancellor Sajid Javid is the front-runner to replace him

Before entering the Cabinet, Mr Williamson was the party’s Chief Whip and tried to cultivate a sinister image with veiled threats to rebellious Tory MPs – accompanied by his pet tarantula Cronus.

His allies say this reputation as a master of the dark arts has counted against him ahead of the reshuffle, with No 10 imbuing false meaning to innocent remarks that have been distorted while being reported back to Downing Street.

The Williamson allies also claim to detect the hand of Mr Johnson’s wife, Carrie, in some of the mutterings against him.

They say there have been tensions between Mr Williamson and Mrs Johnson since the leadership campaign after Mrs Johnson ‘tried to parachute her own people onto the team’ and then ‘went around claiming credit for winning backbenchers over to the Johnson bid’. 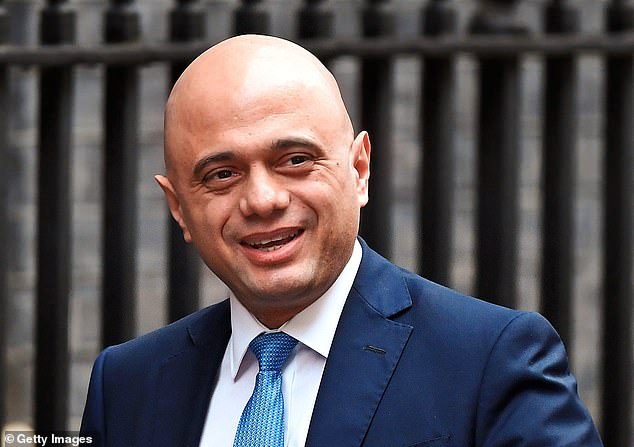 Of the rumours that Mr Javid (above) will be replacing Mr Williamson, they point to Mrs Johnson’s former job working for him when he was Home Secretary

Of the rumours that Mr Javid will be replacing Mr Williamson, they point to Mrs Johnson’s former job working for him when he was Home Secretary. The Prime Minister’s wife denies having any influence over the composition of the Cabinet.

Whitehall insiders have also claimed that Mr Williamson was responsible for coining the offensive nickname ‘Princess Nut Nut’ to describe Mrs Johnson, which was then adopted by her political enemies. He denies this.

Mr Williamson has faced repeated criticism during the pandemic over the Government’s help for pupils.

Last week Sir Kevan Collins, the education recovery commissioner for England, resigned in a row over the lack of ‘credible’ Covid catch-up funding.

His departure came after Mr Williamson failed to convince No 10 that between £13.5 billion and £15 billion was required to help pupils make up for lost learning, with a package of just £1.4 billion being announced.

Mr Williamson’s semi-detached position was highlighted when he said publicly that the funding plan ‘falls far short of what is needed’. Many Conservatives suspect that more generous funding will be announced after Mr Williamson has gone and presented as a ‘win’ for his successor.

A source said: ‘There is obviously a concern about having a plotter like Gavin bitterly pacing the backbenches, but that can’t be a reason to keep him in the tent for ever while so much talent is knocking on the door.’

One compromise solution could be to make Mr Williamson Leader of the House, with the current Leader Jacob Rees-Mogg possibly becoming Chief Secretary to the Treasury.

Although Mr Javid is the favourite to become Education Secretary, powerful figures within No 10 have also argued for Treasury Minister Kemi Badenoch to be promoted to the position – and then tasked with leading the Government’s ‘war on wokery’.

As a black woman, it would be harder for the proponents of campaigns such as the pulling down of statues of controversial historical figures, to portray her as a defender of the Establishment.

Mr Williamson is not the only headache for Mr Johnson. He wants to utilise the talents of Cabinet Office Minister Michael Gove, but after years of complicated personal chemistry between the two men, the Prime Minister remains wary of handing Mr Gove too much power.

The PM has also faced calls to move Priti Patel to Party Chairman, but knows that the formidable Home Secretary is likely to resist the move.