The daughter of a businesswoman who was murdered 30 years ago has urged her mother’s killer to confess and put an end to her family’s ‘nightmare’.

Penny Bell was stabbed more than 50 times while she sat in her car in the broad daylight attack at the Gurnell Leisure Centre in Ealing on June 6, 1991.

Her killer has never been caught and three decades later, her children Lauren and Matthew still do not know who murdered their beloved mother.

Lauren told the Mirror that she lives with the image of her mother’s last moments ‘fighting for her life’ as she urged Penny’s killer to confess to the gruesome crime.

Ahead of the 30th anniversary of the notorious murder, Lauren said: ‘I have lived a nightmare for 30 years. 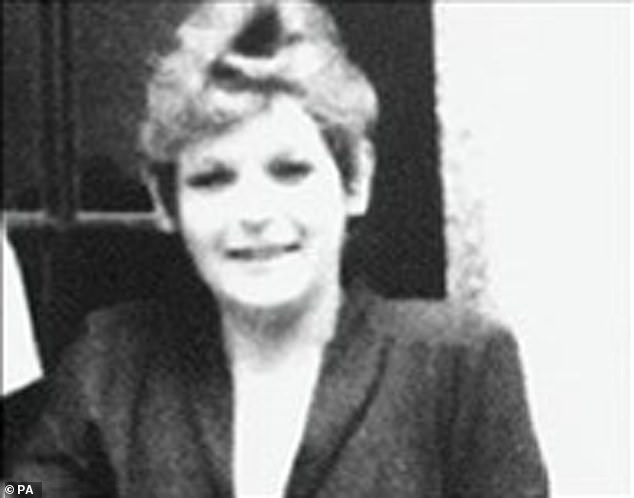 Penny Bell (pictured) was stabbed more than 50 times while she sat in her car in the broad daylight attack at the Gurnell Leisure Centre in Ealing on June 6, 1991

‘Now I have a message for mum’s killer – if you have any conscience, this must be torturing you too and I’m asking you to confess to put my family out of our misery.’

She said that the murder of her mother had torn her family apart and said not knowing what happens continues to torture them every single day.

Lauren continued: ‘I can never bring mum back but you can end our misery by confessing so mum can rest in peace and my family is freed from this purgatory.’

Lauren said that she touchingly named her daughter Penny after her mother but stressed that she couldn’t rest until the crime had been solved.

A £20,000 reward remains available to anyone who can provide information that will lead to the arrest and prosecution of the killer.

The mother-of-two’s murder, which saw her stabbed more than 50 times, has remained unsolved for 30 years and is still being reviewed by police.

In January 2019, a new witness came forward to report that they believed they had seen a man in his underwear walking across the footbridge that crosses the A40 Western Avenue in Greenford on the day Penny was killed.

The man appeared wet, as if he had just washed, according to the witness, who recalled seeing the man at around 10.50am to 10.55am. Her daughter Lauren said she lives with the image of her mother’s last moments as she urged Penny’s killer to confess. Pictured: Husband Alistair and son Matthew at Penny’s funeral

The witness described the man as being in his early 30s, tall and tanned with short brown hair which was lighter on top.

He was wearing blue striped boxer shorts, a white t-shirt and a chunky chain link bracelet, and was carrying a rucksack.

In the months leading up to Penny’s death, extensive building work was being carried out at the home where she lived in Denham, Buckinghamshire, with her husband Alistair and two children.

Penny, who was aged 43, was said to have kept a meticulous record of the spending on the building work.

Three days before her death, Bell went to a bank in Kilburn High Road and withdrew £8,500 in cash from her joint personal account.

The money was paid to Bell in used £50 notes and handed to her wrapped in a brown manila envelope.

It is believed that Bell did not mention this withdrawal to anyone, nor did she refer to it in her financial notes.

To date, the £8,500 is unaccounted for and the reason for its withdrawal remains unknown.

On the day of her death, Bell appeared to be in more of a hurry than usual and told one of the builders working at her home that she had an appointment she could not miss.

Penny was found slumped in the driver’s seat of her car, covered in blood and was later pronounced dead at the scene. Some 300 people used the car park at the leisure centre that day.

She was last seen leaving home at 9.40am in her pale blue Jaguar XJS.

Under Bell’s body on the centre console of the blue Jaguar XJS was a wallpaper sample, which officers believe had been opened there as if Bell were looking at it or showing it to someone else before the attack.

A post-mortem revealed that Bell had suffered more than 50 stab wounds. 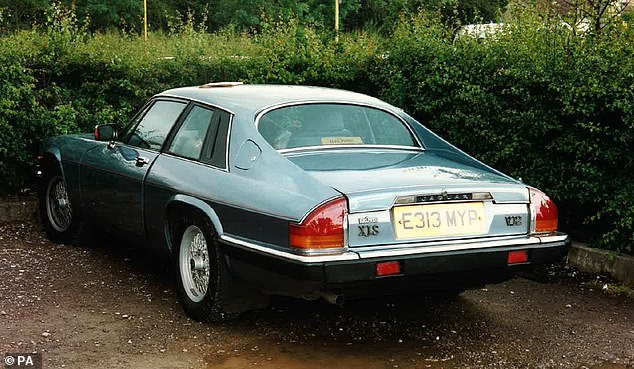 Penny was found slumped in the driver’s seat of her blue Jaguar XJS (pictured), covered in blood and was later pronounced dead at the scene

‘It was a clear and sunny day on the morning that Penny was killed and it’s estimated that around 300 people are believed to have used the car park or leisure facilities, meaning that there should have been plenty of witnesses who could help our investigation,’ DS Stansfield previously said.

‘Approximately 250 people who had used the leisure facilities between 9am and 11am were interviewed and eliminated. Over 60 drivers are known to have parked their cars in the car park during this time.

‘No one interviewed had witnessed the attack or the killer’s escape, it’s almost as if they vanished into thin air.’

Over the years a number of people have come forward claiming to have seen a Jaguar car similar to Bell’s in Greenford Road the morning of her death driving erratically.

Another witness contacted police to report a possible sighting of Bell at Black Park, Iver, Buckinghamshire, on Thursday 6 June about 9.40am.

She describes how a woman fitting Bell’s description, driving an identical car met with the driver of a bronze saloon car in Fulmar Common Road. She was sure from the subsequent publicity that it was Bell.

Another witness claimed that between 9.50am and 10am he also saw a pale blue Jaguar XJS parked in Fulmar Common Road.