Demands that Dr. Anthony Fauci face criminal investigation for his handling of the coronavirus pandemic are making their way from evening cable talk shows to Congress.

It is the latest escalation in attacks on the federal government’s leading expert on infectious diseases, a figure adored on the left and despised by the right.

In an interview, Rep. Chip Roy used the release of a batch of emails to say that Fauci should face criminal investigation.

‘We have literally wrecked the greatest economy in the history of the world because Anthony Fauci wanted to be on the cover of magazines and be in at the cocktail scene circuit in D.C.,’ he told far-right podcast host Todd Starnes.

‘We’ll go follow the truth wherever it may lead and if that’s criminal investigations, so be it.’ 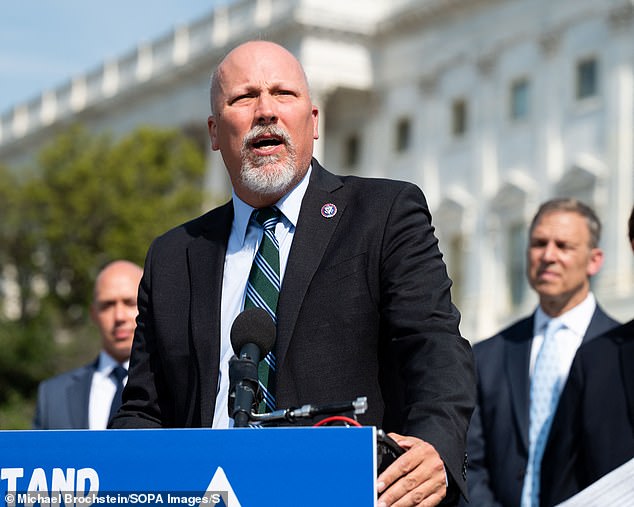 Republicans have stepped up their attacks on Dr. Anthony Fauci with the release of thousands of emails. Now Rep. Chip Roy is saying he wants answers and that may require a criminal investigation into the federal government’s top coronavirus adviser 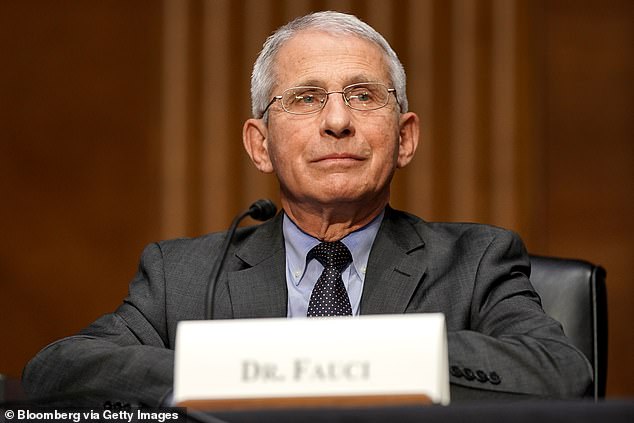 The email cache – released after a Freedom of Information request by news organizations – has raised fresh questions about how much Fauci knew about work at the Wuhan Institute of Virology.

The laboratory is at the center of claims the pandemic started with the leak of a virus.

Fauci’s critics contend the emails show he was warned about the lab leak hypothesis early in the crisis and that he knew about ‘gain of function’ research at the lab, in which scientists conduct research by altering the genetic makeup of viruses.

And they believe emails sent in February last year show colleagues at the National Institute of Allergy and Infectious Diseases were concerned they may be linked to the work at the Chinese lad.

The result is a feeding frenzy among conservatives.

They first took against Fauci last year when he frequently offered a skeptical take on President Donald Trump’s optimistic view of the pandemic’s progression.

Fox News host Tucker Carlson trawled through the emails on Wednesday evening, including a message from Peter Daszak.

Daszak was the head of a nonprofit responsible for sending U.S. funding to the Wuhan lab and wrote thanking Fauci for publicly ruling out the idea that the facility was to blame for the facility.

Carlson said it was odd that most of the email was redacted.

‘That specific exemption to the FOIA law applies to, quote, “records or information compiled for law enforcement purposes, but only to the extent that production of those documents could reasonably be expected to interfere with enforcement proceedings,”’ he said.

‘Are Peter Daszak and Tony Fauci under criminal investigation?

‘We can only hope they are. They certainly deserve it.’

Roy took up the idea in the interview.

He said he could not level an accusation of criminal behavior but that more needed to be known.

‘This has been the best example you could have of what happens when you fund federal bureaucrats to go in and make decisions on our behalf, and step in with the power that they have,’ he said.

A slew of Republicans is demanding his resignation.

President Biden has ordered the intelligence community to redouble efforts into finding out whether the novel coronavirus emerged naturally or from a lab. Researchers at the Wuhan Institute for Virology are seen in this February 2017 file photo

‘The time has come for Fauci to resign and for a full congressional investigation into the origins of #COVID19 – and into any and all efforts to prevent a full accounting.’

The White House has thrown its support behind Fauci, who remains one of the countries most trusted authorities on public health, according to latest polls.

And, for his part, Fauci said the emails had been taken out of context.

‘I still believe the most likely origin is from an animal species to a human, but I keep an absolutely open mind that if there may be other origins of that, there may be another reason, it could have been a lab leak,’ he told CNN.

President Joe Biden recently ordered a fresh look at the virus’s origins prompting former President Donald Trump to say he was right to raise the lab leak theory more than a year ago.

‘There are a lot of questions that must be answered by Dr. Fauci,’ he said in a statement. ‘What did Dr. Fauci know about ‘gain of function’ research, and when did he know it?’