Arsenal fans have pulled no punches in their submission to the government’s fan-led review of football, demanding far-reaching changes to how clubs and the game are run.

Gunners’ fans have been among the most vocal in the aftermath of the European Super League, which saw England’s Big Six, including Arsenal, Chelsea, Tottenham, Liverpool, Manchester United and Manchester City support a breakaway competition in April.

In the week after the rise and fall of the ill-judged project, thousands of supporters protested outside the Emirates stadium, with many voicing their desire for owner Stan Kroenke to leave the club and some hanging up banners and setting off flares. 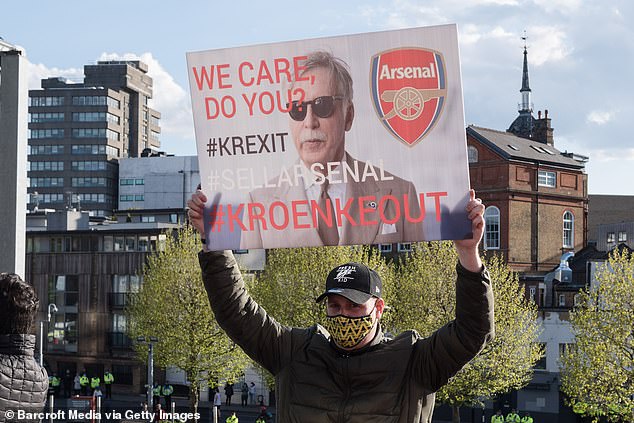 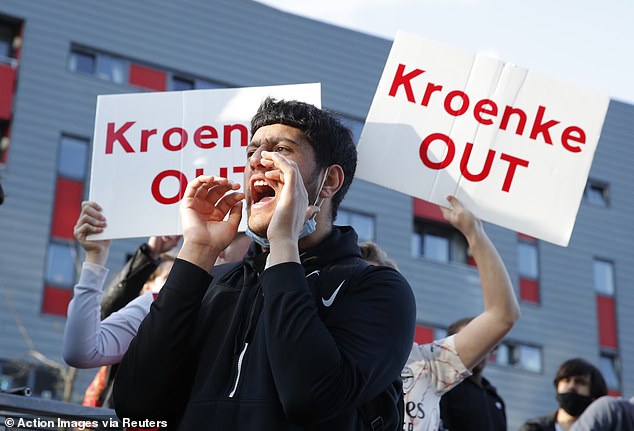 But while loud and direct, Arsenal fans are also thoughtful in their approach to how to change football for the better.

And the Arsenal Supporters’ Trust has been the first to give evidence to a government-appointed panel, led by respected former sports minister, Tracey Crouch.

Central to their proposal is to force clubs to allow supporters to own a percentage of the shares.

‘We think no one should object to supporters having 10 per cent of the shares. It is a minority stake.

‘It would not interfere with the day to day running of the club, but it would provide the custodianship, accountability and transparency that we think would make things better than they are now.’ 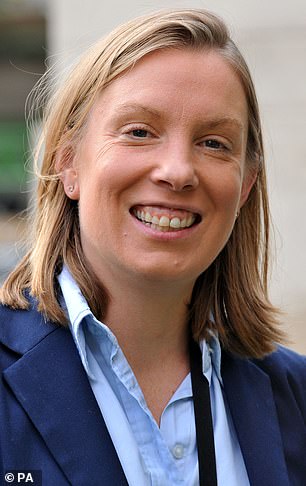 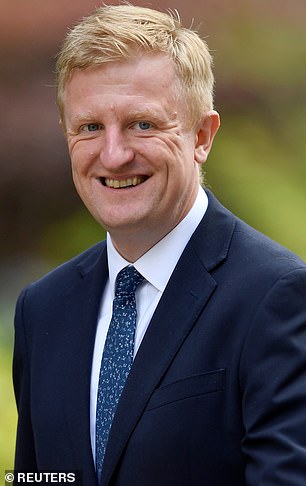 MP Tracey Crouch is leading the government’s ‘fan-led’ review of football and Culture Secretary Oliver Dowden will receive her report in October, with ministers prepared to legislate

Share ownership brings certain rights, such as attendance at clubs’ annual general meetings, the opportunity to ask questions and access to reports and financial information.

The government committed to a fan-led review of football in its manifesto before the General Election.

In the months that followed, ministers’ resolve was stiffened by repeated power grabs by the most powerful clubs through Project Big Picture and the European Super League.

They were also irritated by what they saw as delays in Premier League clubs agreeing to emergency funding for lower league teams during the Covid crisis.

Culture Secretary Oliver Dowden has made clear that he will introduce new legislation to put into action the review’s findings if required.

An interim report in due next month with a final report in October.

It is significant that Arsenal, unlike some other supporter groups, like Manchester United, are not demanding a ’50+1′ model, which is the norm in Germany, where in contrast to Spain, Italy and England, no clubs signed up to the Super League.

Under that scheme, supporters hold 50% of the shares, plus one, giving them control of the club. The rule applies in the Bundesliga with three exceptions.

‘I think 50+1 ownership is a red herring. To get to 50+1 share-holding situation is not going to happen.

‘For one, in effect, it is confiscating someone’s private property and in big clubs an incredible amount of money would be required to buy those shares.

‘That is why we also talk about a golden share.’

A golden share would give fans a veto over key decisions.

‘It would be very limited. It would be things like, changing the club’s name, entering new competitions, playing home games out of Islington. There would probably be four or five things, tops.’

Fans of other clubs like Cardiff City and Hull City might add protections for club colours and team name, after controversies in recent years.

In the Arsenal submission, the scope of the veto could be agreed and set down in rules governing club ownership, policed by an independent regulator. 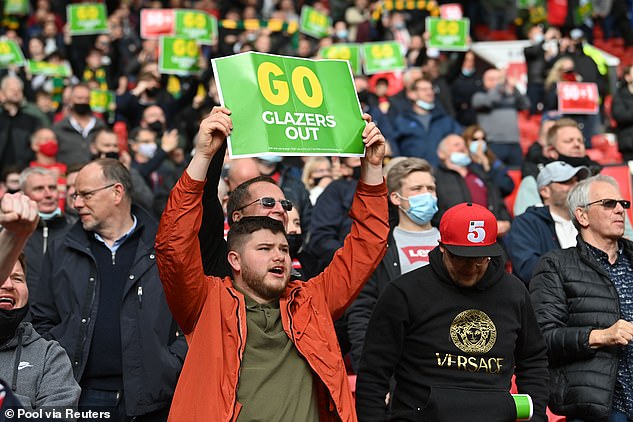 Fans held placards in the 51st minute of Man United’s match with Fulham, a reference to 50+1 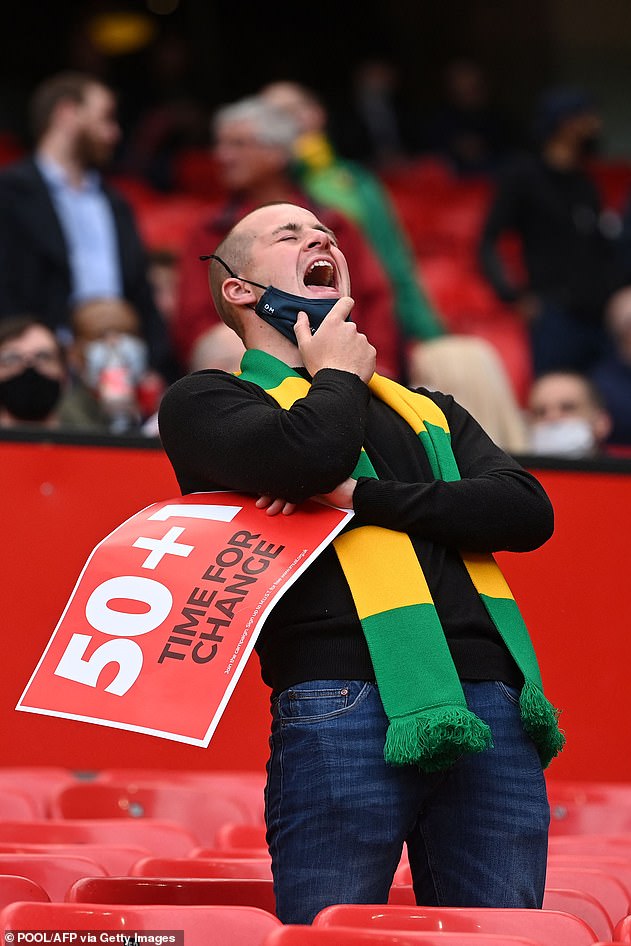 Those rules might also extend to appointing independent non-executive directors, who have a statutory responsibility to recognise fans as stakeholders, so their voices are heard in board meetings.

The toxic fall-out from the European Super League project – and the threat of government intervention to restructure and regulate football governance – has prompted clubs to move quickly to give fans a role on their boards.

Last month, Chelsea announced that three ‘supporter advisors’ would be elected to attend the board meetings and ‘ensure general supporter sentiment is considered as part of the club’s decision-making process’ from July 1.

Tottenham Hotspur followed suit. They announced the creation of new ‘club advisory panel’, whose chair will sit on Spurs board. The members of the panel will be elected.

However, the move has done little to heal the rift with the Tottenham Hotspur Supporters’ Trust, whose members have called for the board’s resignation.

And there is a suspicion from fans that clubs are quickly adopting fans into their governance structure for fear that if they don’t government’s intervention may be severe.

A number of clubs, including Chelsea, are working towards having fan representatives attending the club’s board meetings.

But for the Arsenal Supporters’ Trust, this is a delicate issue that requires careful consideration.

‘We think it would be best to have independent non-executive directors who would then have the duty to have meaningful relationship with supporters, including the supporter shareholders.

‘We don’t rule it out, but it is not number one on our list because if we have the golden share, independent non-executive directors and the share ownership, that to us is the ideal mix.’

In addition, supporters on trust boards would be The Gunners’ supporters trust is one of many highly organised and knowledgeable fan groups throughout the Premier League and EFL, queuing up to have their say

The breadth of the review was demonstrated in its first week, when Arsenal fans were the first to give evidence to a government-appointed panel, closely followed by Bury AFC, a phoenix club that plays in the North West Counties First Division in tier 10.

Bury were expelled from League Two in August 2019 due to financial difficulties and went into administration a couple of months later. Out of that disaster grew Bury AFC.

Among the key changes the club’s supporters’ trust would like to see are the development of an independent regulator that is fully funded and stricter tests for potential owners of clubs.

‘Football is increasingly attracting the wrong people, running the wrong ownership models, with opaque and high-risk financial strategies which put clubs under threat,’ said Phil Young, chairman of Shakers’ Community, the supporters’ trust that owns Bury AFC. ‘This is visible at all levels of football.’ 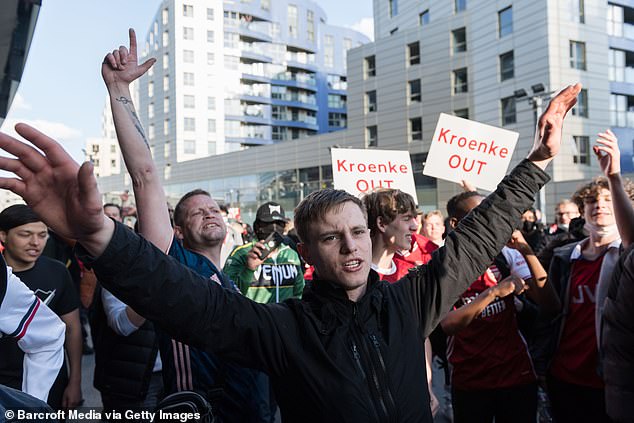 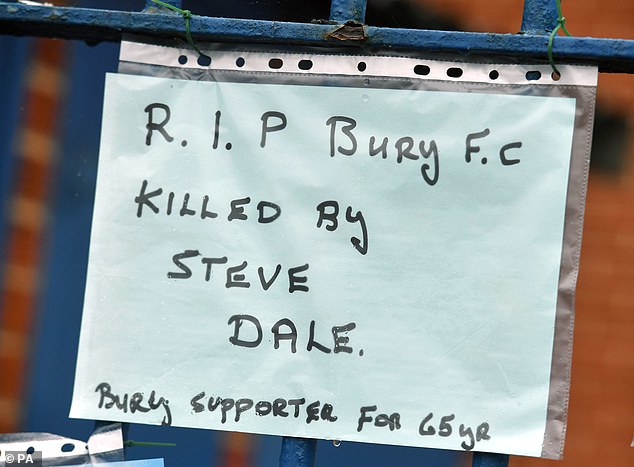 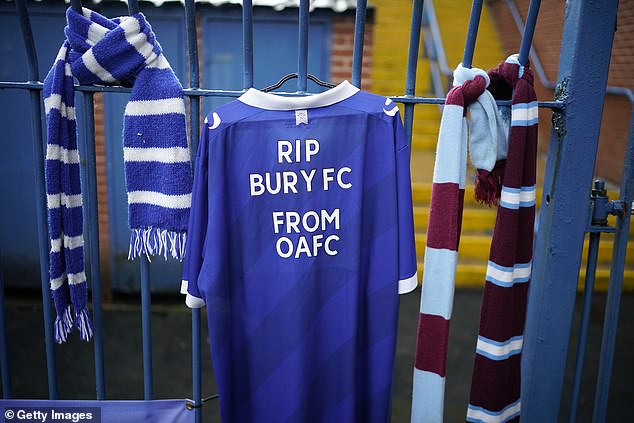 Young suggests that a regulator needs to have detailed knowledge of football finances and the ability to actively monitor clubs and sanction them if they step out of line or fail to be transparent in their activities.

He points to the French regulator, the Direction Nationaledu Controle de Gestion, which he says has the power to relegate teams if they do not comply with the rules and are ‘exceptionally active’ in monitoring clubs.

‘The early intervention, of reviewing accounts and budgets on an annual basis would have prevented the scenario faced by Bury FC where costs and debts were allowed to spiral out of control, with the subsequent risks to creditors, players and supporters,’ said Young. 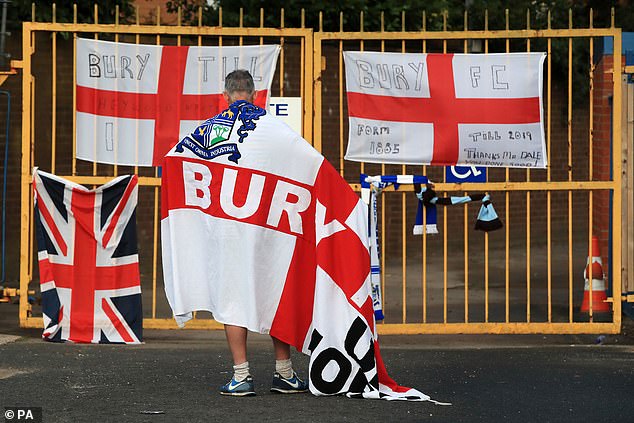 ‘A new regulator is required to design and enforce a new system of financial transparency which will reap longer term dividends as club accounts are made available in a consistent and timely manner,’ he added.

However, good regulation and expertise does not come cheap and bench marking football with other regulators has led Young to conclude a charge of one percent on turnover would be needed to establish an effective body.

In this way big clubs would more than small ones and £64 million would be raised through Premier League and EFL clubs, alone.