A high school student who was shot dead outside a Mississippi gas station just hours after her graduation was killed two months after her boyfriend was also gunned down.

Kennedy Hobbs, 18, was shot three times at a Texaco gas station in Jackson just before 11pm on Tuesday as she was on her way to a graduation party.

Hours earlier, video livestreamed on Facebook showed the teenager – dressed in silver high heels and a royal blue cap – smiling as she received her diploma at Murrah High School.

Her death came just two months after her 21-year-old boyfriend Jaquan Williams was shot dead outside a convenience store in Jackson.

Police say the shooter fled the scene before officers arrived and they are still in the process of questioning witnesses.

They have not released any information on whether Hobbs – who died at the scene – knew her killer or what circumstances led to her death.

It wasn’t immediately if police believe her death is linked in any way to her boyfriend’s killing. 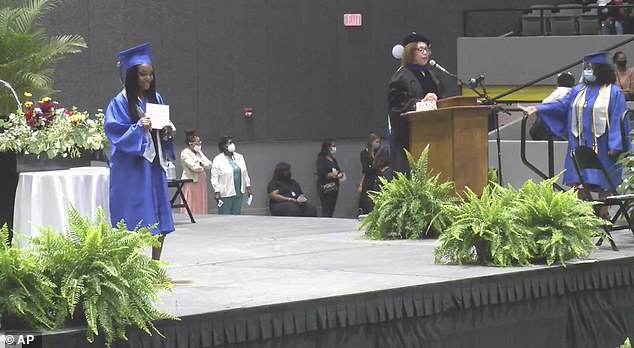 Kennedy Hobbs, 18, was shot three times at a Texaco gas station in Jackson just before 11pm on Tuesday just hours after she was filmed crossing the stage at her Murrah High School graduation ceremony 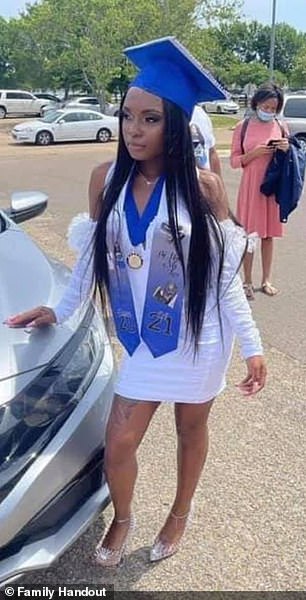 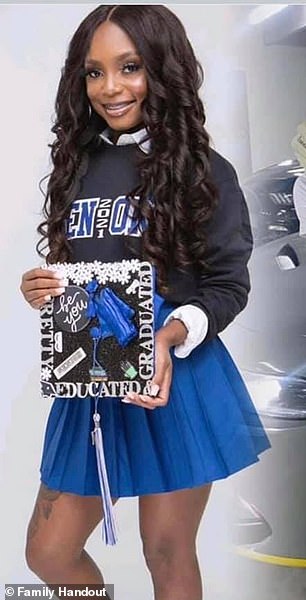 Hobbs had graduated from Murrah High School on Tuesday morning. Video of the ceremony livestreamed on Facebook shows she wore silver high heels and a blue cap and gown

Her boyfriend was shot dead in April outside a convenience store following an argument in the parking lot with another man.

The suspect in that shooting also fled the scene and it is unclear if they have been arrested.

One of Hobbs’ relatives said they were on the phone with the teenager right before she was shot and that she heard her arguing with someone before the gunshots rang out.

Her family have since slammed the Jackson Police Department for not bringing in any outside law enforcement agencies to help with the investigation.

‘We haven’t been told anything.’

Around two dozen people gathered at the Jackson Police Department headquarters on Wednesday to listen to the family plead with officials to do more to solve her murder and address the city’s growing crime rate.

‘She’s not just my niece or just her dad’s child or her mother’s child: she’s all our children,’ Edwards said.

‘I’m all for the right to bear arms but at what cost?’ 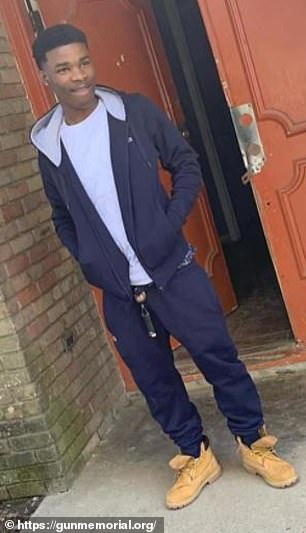 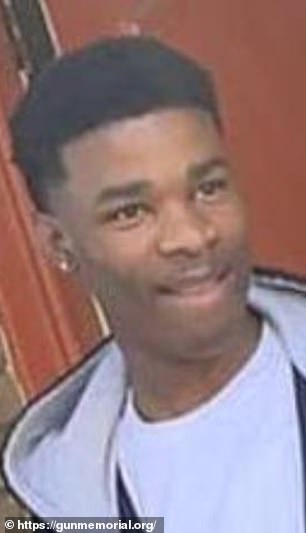 Hobbs’ family say the teenager’s boyfriend, Jaquan Williams, 21, was killed in a shooting in April on Rose Street at Robinson Street

Her family say she had big plans after graduation and had already set up her own licensed business: Kaay’s Waxing Bar.

‘She already had her waxing business and her lashes, hair…Kennedy was in fashion. That’s all Kennedy knew,’ her god sister Teiaudria Hawkins told WLBT.

‘Kennedy was loving; Kennedy was outstanding; everyone loved Kennedy.

‘I can’t even describe the feeling; we are torn to pieces. We all are. From her classmates to her family to her friends. This is unbelievable. We just want to know why. What happened?’

The death of Hobbs, who was the daughter of a faculty member in the district, has cast a shadow over the end of the school year ceremonies planned for the week.

The city was celebrating graduations at its seven high schools after a year marked by challenges brought by the coronavirus pandemic.

Multiple commencements were planned so the district could limit crowds and follow COVID-19 safety precautions.

‘To get the news this morning of the passing of one of our dear graduates, it’s tough,’ he said. ‘It’s really tough. And it brings into view just how important this work is that we do.’ 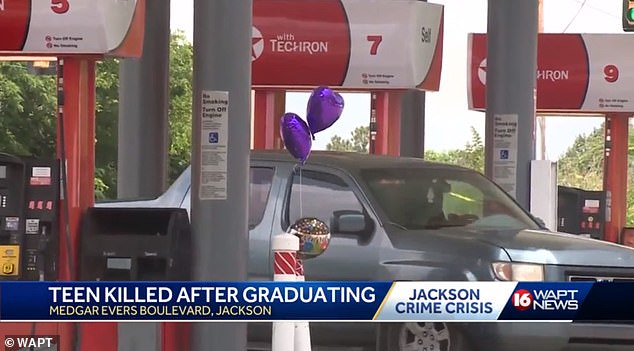 The shooter fled the scene before officers arrived. It is unclear whether Hobbs was acquainted with her killer or what the motive for the shooting was 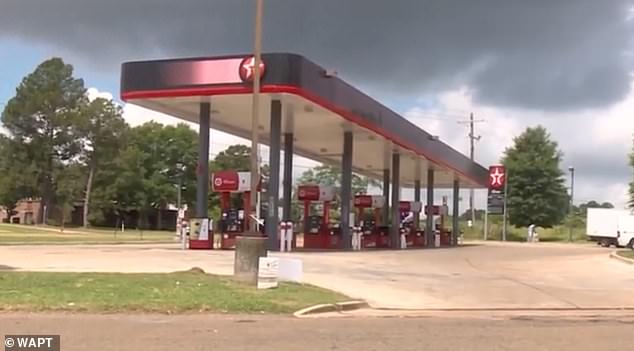 Whenever Greene speaks to graduates, he urges them to be mindful of their time on this Earth and not to put off pursuing their dreams, he said.

Speaking at Wednesday’s graduation ceremony, after the news of Hobbs’ death, ‘it really did hit a little differently,’ he said.

‘It was a little more timely and meaningful as I challenged them to look to the left and look to the right to realize that they may not see their classmates again,’ he said.

Usually, when he tells students that, it’s because he knows they’ll all follow different paths after graduation.

‘The reality is, we just don’t know when our last day will be,’ he continued. ‘And so it’s just important for us to be more smart about how we set our lives up and the way that we sow positivity and peace in the world and the community around us.’

Mississippi’s capital saw a record number of homicides in 2020, with close to 130 killings in the city of about 161,000. Most were gun-related, according to law enforcement.

In 2021, the city is on track to surpass that milestone. As of the end of April, 50 people had been killed in Jackson.

Greene said he’s often asked what the school district can do to reduce violent crime in the city. He said education is one of the most powerful tools the community has.