Five councils in England have banned smoking outside pubs, cafes and restaurants with others now considering joining them as the Government tries to make the country smoke free within the next decade.

And Oxfordshire County Council is set to follow suit under plans for the first smoke-free county, with employers expected to asked to enforce smoke-free spaces outside shops, offices and factories to help staff kick their habit.

A seventh local authority, Gateshead Council, does not have an official policy on smoking outdoors, but all the licences it grants to venues state that pavement cafes must be smoke-free, reported the Guardian.

In Oxfordshire, officials will work with the NHS and other local organisations to end smoking near hospitals, play parks and school gates. People will also be discouraged from smoking at home and in their car.

It is part of the push to make the county smoke-free by 2025 – five years ahead of the national target – in proposals in the Oxfordshire Tobacco Control Strategy discussed by the county’s health improvement board last week.

But a smokers’ lobby group said it was ‘no business of local councils if adults choose to smoke’ – and it follows a failed attempt last summer to push through an amendment in the House of Lords to make pavements smoke-free.

Another organisation which campaigns for vaping said it ‘seems fashionable again to attack smokers instead of helping them’ and the five councils ‘don’t care about the individual smoker’s health, they care about looking good’. 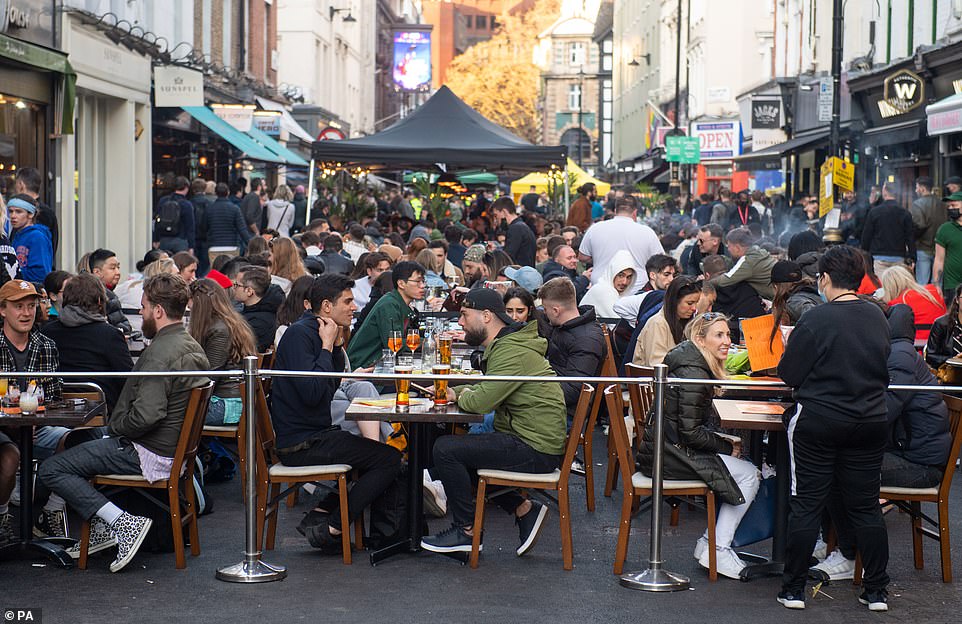 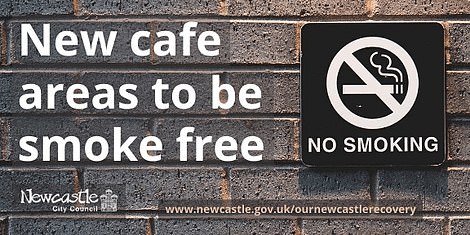 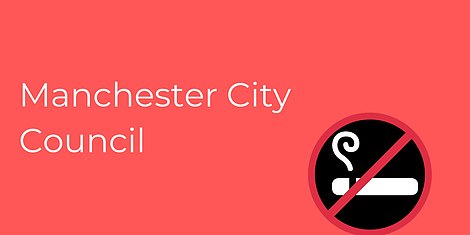 Newcastle City Council and Manchester City Council have banned smoking on the pavements where outdoor hospitality venues such as pubs, restaurants and cafes have tables

In Oxfordshire, the policy document says ‘reducing the visibility of smoking’ will make it seem more abnormal, so children are less likely to start.

And it adds: ‘By compelling smokers to remove themselves from defined areas to smoke, there is increased chance that they will consider stopping.’

Ansaf Azhar, Oxfordshire’s public health director, told the meeting: ‘It is not about telling people not to smoke – it is about moving and creating an environment in which not smoking is encouraged and they are empowered to do so.’

Some 12 per cent of Oxfordshire’s population currently smoke but rates are higher among those on lower incomes or with mental illnesses, the homeless and travellers.

Bosses will make it easier for people to access quit-smoking drugs and therapies to bring this figure down, the board papers reveal.

‘We will be working closely with workplaces, communities, and our smoke free partner organisations to support the implementation of smoke-free indoor and outdoor places, and to improve access to nicotine replacement and pharmacotherapy for those who need it most.’ 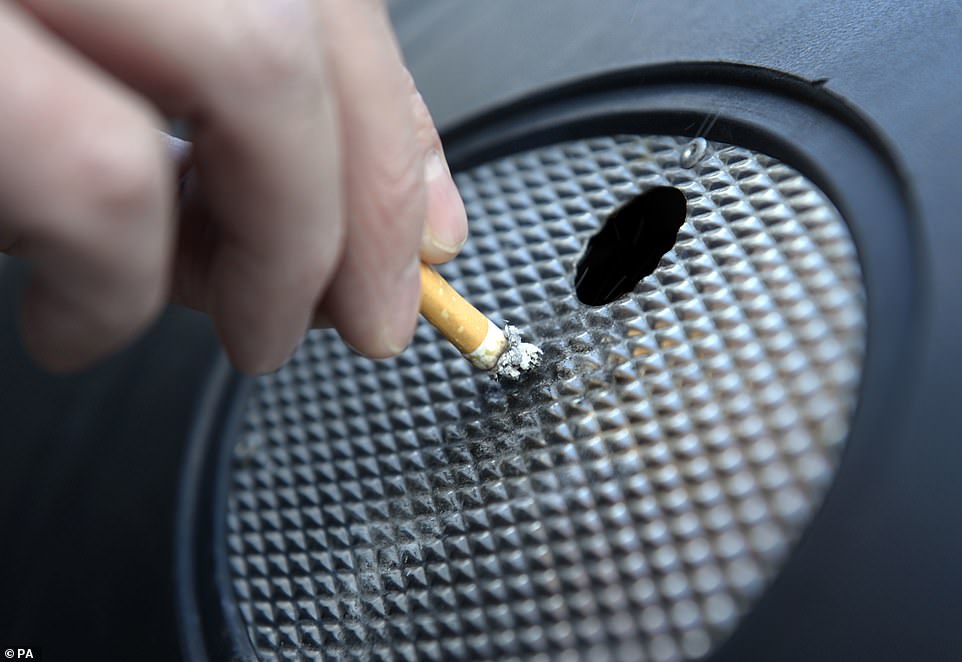 The Government wants England to be smoke-free – meaning only 5 per cent of the population smokes – by 2030.

How will the proposal work in Oxfordshire?

When will the ban come into force?

What the council hopes to achieve by 2025?

But the Oxfordshire Tobacco Control Strategy aims to achieve this goal by 2025.

The local authority will tackle sellers of illicit tobacco and take action to reduce the sale of tobacco-related products and electronic cigarettes to people who are underage.

Dr Adam Briggs, the public health official leading the strategy, said smoking is the leading cause of preventable deaths in Oxfordshire, costing the public purse £120million a year.

He told the meeting: ‘We have got a condition that is entirely a commercially driven cause of death and disease. It is impossible to be on the wrong side of history with tobacco consumption.’

Last year, data from the charity Action on Smoking and Health (ASH), found 2,132 people died from smoking-related causes in Oxfordshire between 2012 and 2017.

ASH also said 23 tonnes of waste, or enough to fill 421 wheelie bins, is gathered in the form of cigarette butts in Oxfordshire each year.

It was also estimated that smoking-related house fires cost the Oxfordshire economy £2.7million.

Oxfordshire County Council said on Tuesday: ‘Oxfordshire has set itself an ambitious aim to be smoke-free by 2025.

‘Creating healthy, smoke-free environments – including considering proposals for hospitality outdoor seating to be 100 per cent smoke-free – is just one small part of a wider range of county-wide plans.

‘At present there are no timeframes for smoke-free pavement licensing proposals and nothing has yet been agreed.

‘Any decision on this would be ultimately the responsibility of our individual district councils in Oxfordshire.

‘Our tobacco control strategy further outlines our smoke-free 2025 plans, which includes creating healthy and family-friendly smoke-free spaces, helping people stop smoking in the first place, and supporting those who wish to quit.’

Simon Clark, director of the smokers’ lobby group Forest (Freedom Organisation for the Right to Enjoy Smoking), criticised the plans.

He said: ‘It’s no business of local councils if adults choose to smoke, and if they smoke outside during working hours that’s a matter for them and their employer not the council.

‘Nor should it be the role of councillors to force smokers to quit by extending the indoor smoking ban to any outdoor area where there is no risk to non-smokers.’

He added: ‘The public will want local authorities to help local businesses bounce back from the impact of the pandemic. They will also be expected to focus on issues like employment and housing.

‘Reducing smoking rates to meet some idealistic target is not a priority for most people and council policy should reflect that.’

And Mark Oates, director of campaign group We Vape, said: ‘It now seems fashionable again to attack smokers instead of helping them, which is all these five councils are doing.

‘They don’t care about the individual smoker’s health, they care about looking good. Smokers need to be educated in the alternatives, not treated like exiles.

‘Public Health England and Cancer research UK have publicly stated between them vaping is 95 per cent safer than smoking, doesn’t hurt people nearby and we know it is far more effective at quitting tobacco than any other nicotine replacement method. It is a fact.

‘So by ignoring this and not advising on far healthier alternatives and instead forcing smokers down the road or wherever they can push them, they are blindly rejecting science for some PR stunt.’

He added: ‘One in five people who die from cancer will die from [lung cancer]. The reason that people like me get very concerned and very upset about it is that this cancer is almost entirely caused for profit.’